Affairs Of Legend Ursula Andress- Was Married To John Derek 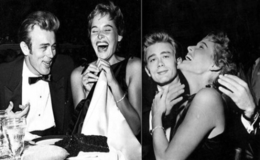 Once upon a time during the time of her lives, Ursula Adress was the woman every man desired. Unfortunately, Andress didn't share any luck with finding the true love of her life as she seemingly endured a rollercoaster of a love life. From James Dean to Harry Hamlin, know the actress's remarkable former lovers.

Born and raised in Switzerland, Ursula Andress instantly rose to fame in her early teenage years after being discovered by an Italian filmmaker in Italy. And, from Europe to America, as her career flourished, her lovelife took a turn too. 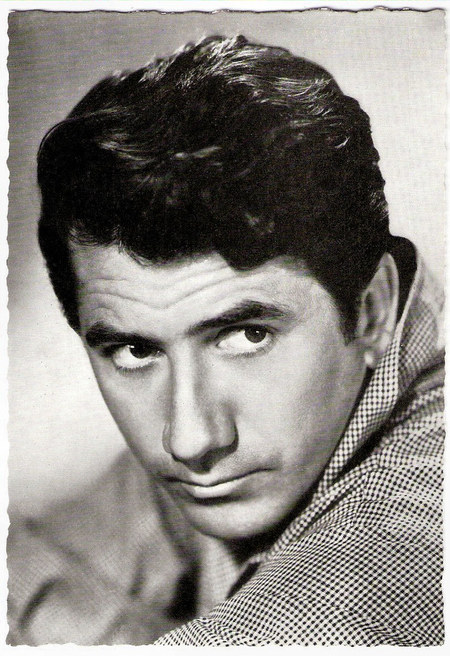 Daniel Gelin who cheated on his wife with Ursula Andress. SOURCE: Flickr

And, one of the first men romantically involved with Andress was the French actor, Daniel Gelin who cheated on his wife with the teenager in 1953. As Ursula was a minor with only being 17, Gelin was an adult of 32 years old. In fact, Ursula publicly claimed Gelin was the one she lost her virginity to.

As their affair surely stirred the marriage of Gelin and his then-wife, Danièle Delorme, Ursula & Daniel eventually split. And, when she flew to the States, fate united Andress the former sex symbol to Dennis Hopper whom she kindled romance for a short period of time. Their whirlwind romance failed to flourish too.

After Hopper, Andress then romanced James Dean for a couple of months before his death in the mid-fifties. Actress Andress and Dean often made their public appearance too. James died early at a young age of 24 in 1955. 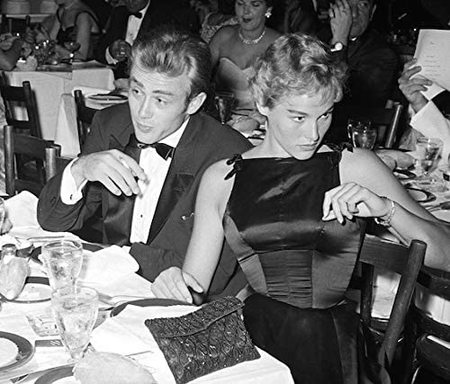 By the end of the year, the former Bond Girl from Dr. No. then met and once again romanced a married man aka actor John Derek who was then married to Russian actress Pati Behrs with whom he already shared two kids. Their relationship seemed serious at the time that Derek then 31 was ready to leave Behrs for Andress who was 19 at the time.

Ursula and her now first and only former husband aka John went to Las Vegas and got married in 1957 before their split in 1964 brought upon by Ursula's infidelity. The two remained together for nine years. 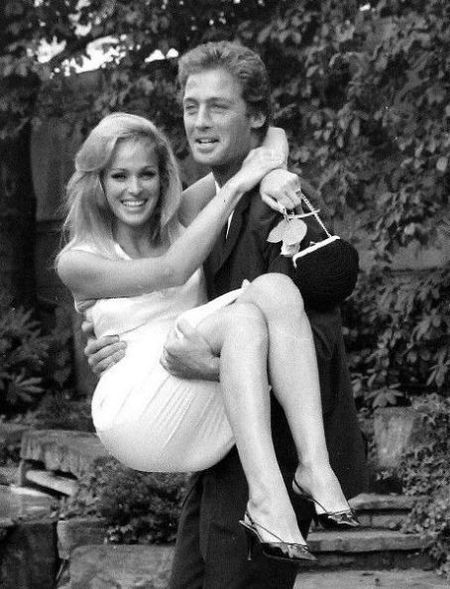 Ursula Andress and co-star and former boyfriend, John Richardson from She. SOURCE: Pinterest

The actress then dated John Richardson whom she worked on the movie, She, and fellow actor Marcello Mastroianni whom she co-starred in The 10th Victim. After Mastroianni, Andress then fell in love with Jean-Paul Belmondo whom she co-starred with on Up to His Ears. Ursula shared great chemistry with Belmondo as they remained together for seven years from 1965 till 1972.

Ursula Andress' Affair In The 70s

Following her split with Jean-Paul Belmondo, Ursula Andress then met Peyton Place star Ryan O'Neal whom she dated in 1972 before their break up in 1973. She then met co-starred Fabio Testi while working on their 1973 movie called Stateline Motel. Needless to say, the two then instantly fell in love and shared an on and off relationship for three years until their separation in 1977. 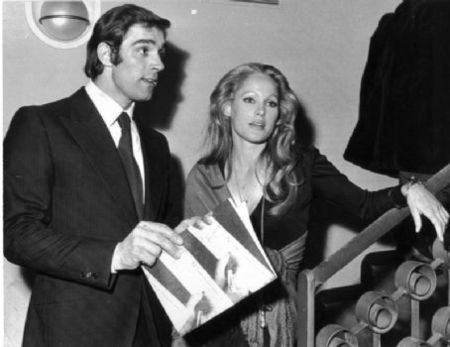 After Testi, Andress then dated the engineer John Delorean. Andres is also reported to have been in a relationship with Austrian actor Helmut Berger, fellow Italian actor, Johnny Dorelli and Red Bulls co-star Franco Nero.

Aside from dating a mysterious man called Paolo Pazzaglia, Andress also had an affair with Nels Van Patten. But, the affair was nothing serious. Then, Ursula met and fell in love with singer Ricci Martin.

By the end of the seventies, Andress then once again reconciled her romance with O'Neal in 1977 but the two broke up in 1978. As things officially ended with O'Neal, Andress then met Harry Hamlin in 1979 while working on their movie, Clash of the Titans where she played Aphrodite.

Relationship Of Ursula Andress In The 80s

Actress Ursula Andress and Harry Hamlin never married despite their engagement rumours, though. But, Ursula and Harry welcomed their son named Dimitri Hamlin in 1980. Three years later, the two, however, parted ways in 1983. 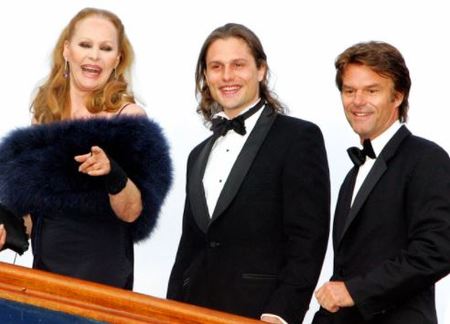 Andress also dated less popular men in the likes of Mario Natokis, a bodybuilder of Greek origin and Stan Herman, a realtor by profession. Ursula then began one of her most controversial relationship with ex-boyfriend then-future politician Fausto Fagone from Sicily.

Andress was thirty years senior being aged at 50 when Fagone was only 20 and a university student studying economics. Fair enough, Fagone's parents were against their huge age gap relationship. But, their relationship impressively lasted for almost six years. 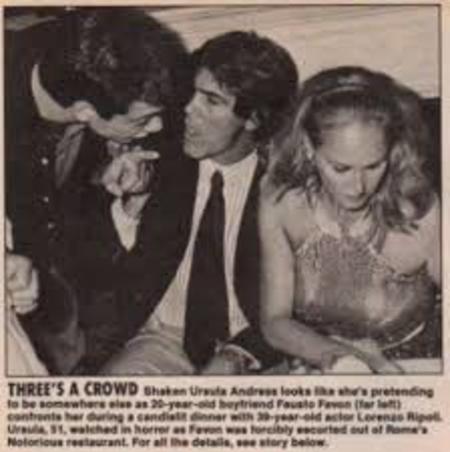 Ursula Andress and Fausto Fagone (in the middle). SOURCE: Pinterest

In the meantime, Ursula Andress, now 84 in 2020, resides in Switzerland by maintaining a lowkey life after she sold her LA home in 2017. Andress has strongly managed to keep everything closer to her vest while staying away from the media.