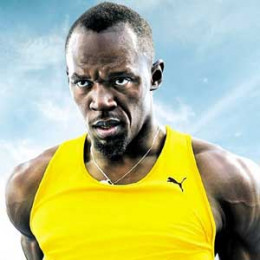 Usain Bolt, the eight times gold medalist is in a romantic relationship with girlfriend Kasi Bennett. The couple was together since 2014 but shared it with the public only in January 2016.

Amidst an interview that took place in July 2016, the athlete admitted to having someone special in his life for two years. Bold is a very private person and never discloses his personal matter in media.

Despite all, Usain took a semi-nude picture of himself posing aside his partner on April 4, 2016, captioned "President and First Lady". In addition to that, Kasi Bennet has been captured in most of the games of Bolt, cheering him. 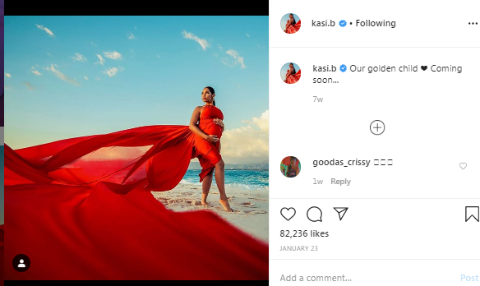 Kasi, the glowing mom to be is a Jamaican and is currently 30-years old. She is four years younger than the Olympic champion. The sprinter and his sweetheart are welcoming their first child soon in the mid-2020. 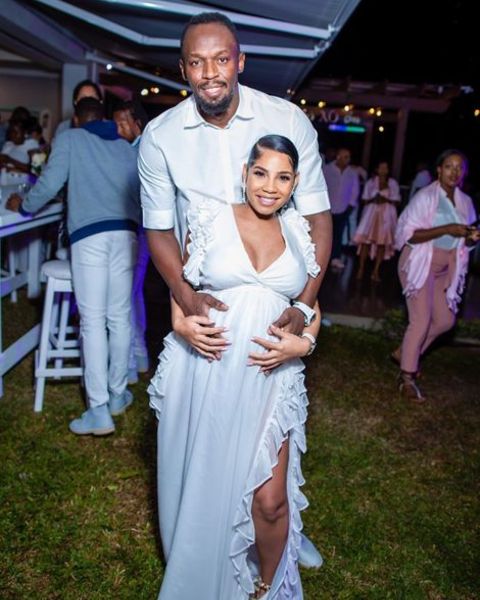 Bolt announced on January 23, 2020, that the duo was expecting a baby together. The athlete posted a stunning snap of pregnant Kasi in a flowing red dress with a witty caption.

"I just want to say a KING or Queen is about to be here".

Even more, Kasi also took the happy news on her social media platform and fans were quick to shower the replies with good wishes. The baby mama wrote, "Our golden child coming soon with a heart emoji".

Bolt and Bennet celebrated baby shower in the first trimester on March 11, 2020, in presence of close friends and family with music. The world record breaker can't wait to hold his kid on hands and excited to be called "daddy bolt".

Back in 2017,  he was once rumored of recently been dating Perth model Holly Young. The rumor started with when they started sharing loved up pictures on Instagram.

How Much Is Usain Bolt's Net worth?

Bolt is a well-established sports personality and high paid athlete of the current time. He has signed endorsement deals with several brands like Gatorade, Nissan, Visa, and Puma. From Puma, he earns $9 million just for wearing their shoe brand.

As of 2017, his estimated net worth is to be around $60 million dollars. Believe it or not, Bolt's fortune is often compared with Sports star Michael Jorden, Cristiano Ronaldo and Michael Phelps.

Usain started his professional career under the guidance of new coach Fitz Coleman. He turned professional in 2004, beginning with the CARIFTA Games in Bermuda. Later in 2005, rising star bolt participated in the 'World Championships’ event. He achieved more success in 2007 World Championships held in Osaka, Japan, and won a silver medal.

Bolt achieved record-breaking success and won the 100m final, by completing the race in a mere 9.69 seconds eventually becoming a world-renowned icon. He earned worldwide popularity for his double sprint victory at the 2008 Beijing Olympics in world record times.

Bolt was the only sprinter to win Olympic 100 m and 200 m titles at three consecutive Olympics (2008, 2012 and 2016) and referred to as the "triple-double." He participated in the 2016 Olympic alongside Justin Gatlin and Andree De Grasse.

Usain St Leo Bolt, now famous as Usain Bolt was born on 21st August 1986 in Sherwood Content, Trelawny, a small town of Jamaica. He grew up with his parents Wellesley and Jennifer Bolt. He also has two siblings, a brother Sadiki, and a sister Sherine.

Usain attended ‘Waldensia Primary’ for his primary education. By the age of twelve, Bolt became the school's fastest runner in 100 meters distance. Bolt later moved to the ‘William Knibb Memorial High School’, where he started playing cricket but his coach Dwayne Jarrett encouraged him to focus his energy on improving his athletic abilities.

Soon after which he participated in 200 meters racing event in school and won his first silver medal at high school championship.

Bolt competed in 2002 World Junior Championships, his first international participation, in Kingston, Jamaica, where he won the 200-meter dash, making him the youngest world junior gold medalist ever.