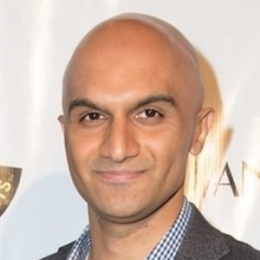 The versatile actor Usman Ally is winning the hearts of both critics and fans for over a decade with his versatile performances. He especially was lauded for his performance as "Fernald the Hook-Handed Man" in the series "A Series of Unfortunate Events".

The Obie Award-winning actor Usman Ally is a married man. He tied the knot over ten decades ago and is living a blissful life.

Usman is living a happily married life with a wife, Malena Mai. She is not from the glamour field but works as a coach and motivator. 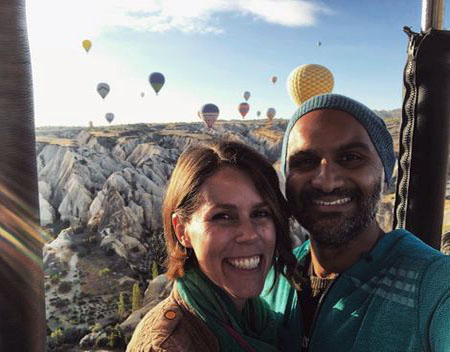 Usman Ally with his wife Malena Mai in a trip to Turkey.

The actor tied the knot with his then-girlfriend and now wife Malena in 2008. The wedding was an intimate ceremony that was attended by close friends and family.

The couple is together for over a decade; however, they are yet to expand their family with children. Moreover, the couple looks like they are satisfied taking care of their dog Frida.

Usman do not have any other public relationship beyond his wife. He moreover is not involved in any scandals or cheating rumors. In fact, he was never linked with any co-stars as well. He is committed to his wife and is maintaining his wedding vows.

The star is a caring son and is fulfilling the duties of a son. In an interview, he stated following his family life:

"I have siblings that live in other countries — one in Italy, one in London — so I said to my parents, "I will take care of you guys." I rented them an apartment in Los Angeles, they live up the street from my wife and I., And I'm their caretaker. And if I'm not in town, my wife does a lot, and bless her because she is all about it"

His parents are lucky to have such a dutiful son, and he is fortunate to have a supporting wife.

What is Usman's Ally Overall Net-worth? Know about his Earning and Source of Income

Usman Ally's net worth is $900 thousand- $1.2 million which he earned by working as an actor for over a decade in theatre, films, and television. 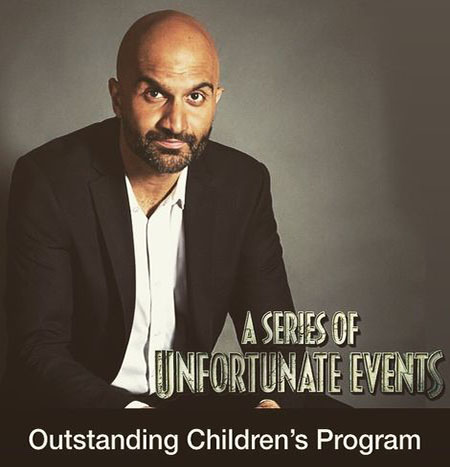 Usman Ally promoting his show "A series of Unfortunate Events."

Usman is a part of a blockbuster movie

Usman played the character of U.S.S. vengeance Officer in the superhit movie "Star Trek Into Darkness." The film featured actors such as John Cho, Benedict Cumberbatch, Simon Pegg, Anton Yelchin among others. The film earned $467 million at the box office against the budget of $185-$190 million.

Usman, in his long span of his career, he became the part of many high rated TV series. He played the character of Andrew Malik in "Suits." He shared the screen with actors Meghan Markle, Patrick J. Adams and many more.

The star also gained a lot of popularity when he played the character of Fernald the Hook-Handed Man in  "A Series of Unfortunate Events" alongside Neil Patrick Harris. 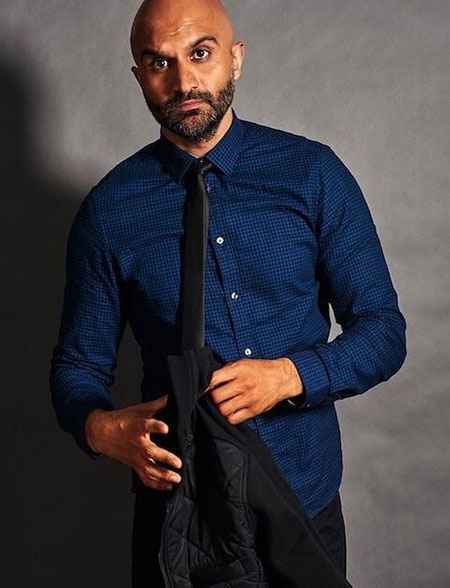 Malena Mai and Usman Ally are married for over a decade. They do not share any children as of now.