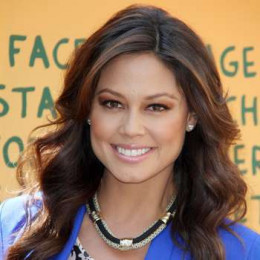 Vanessa Lachey is an American actress , beauty queen, model and television host. Her mother Helen Ramos Bercero is Filipina while her father Vincent Charles Minnillo is of half Italian, one quarter Russian-Jewish and one quarter Irish descent. She grew up in South Carolina. She has played in several films, music videos and TV shows. From her small age she was attracted towards cheer leading and performing in-front of the audience.

Currently, her relationship status is married and she married her boyfriend Nick Lachey who is a singer. Before marrying her husband she had relation with other boyfriends whom she dumped due to misunderstanding. She became a mother for the first time in her life on September 12, 2012. She has one daughter and a son. She loves to spend time with her family. She is of good personality and she loves her profession too.

He is an American singer, song writer and television personality. He is the brother of singer and actor Drew Lachey.

He was born on September 12 and is first child to his parents. He is starting his kindergarten this year.

She is the second child to her parents and she was born in January 5. She is a lot gone to her father.