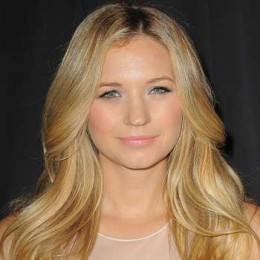 Vanessa Ray Liptak is an actress and singer, who is known for playing Officer Eddie Janko on Blue Bloods, Jenny on the legal drama series Suits, CeCe Drake on Pretty Little Liars and as Teri Ciccone on As the World Turns. She made her on-screen debut on the short film, The Sparky Chronicles: The Map playing the role of Chris. She is the daughter of Valerie Liptak and James Liptak.

Vanessa Ray was born on 24 June 1981 in the United States to James Liptak and Valerie Liptak.

Her birth sign is Cancer. Both of her parents were involved in theater. Her father works on composing music for various local productions.

Ray is best known for playing the role of Cece Drake on Pretty Little Liars and Eddy Janko on Blue Bloods.

Also, she portrayed the role of Teri Ciccone in the final season of As the World Turns.

Moving on to her personal life, she is a married woman. Till now she has been married two times. At first, she was married to a Canadian film actor Derek James Baynham, with whom she enjoyed the first marriage for nearly 5 years.

After the divorce, she met her second husband Landon Beard with whom she dated for six years and finally married on 14 June 2015. She does not have any kids with any of her husbands.

Awe, this is an oldie but a goodie. Thanks for sharing @sophisticatedweddings

Her husband is a musician. The guest list included Pretty Little Liars co-star Sasha Pieterse and others like Kelly Sullivan and Kim Matula.

Canadian film actor, Baynham is the first husband of Vanessa. The two stayed as husband and wife for almost 5 years.

He is the long time dated boyfriend turned husband of Vanessa. The two are together since March 2009.