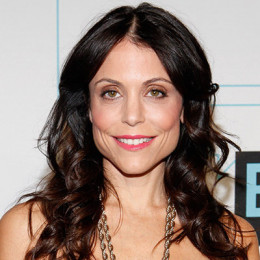 Bethenny Frankel is an American talk show host, author, reality television personality and an entrepreneur. She has also worked on The Real Housewives of New York City, The Apprentice: Martha Stewart and also on the reality television series named Bethenny Ever After.

Bethenny Frankel is currently dating her boyfriend, Paul Bernon. The couple is together for months without any divorce rumor.

Previously, Frankel dated Marcus Lemonis. The relationship between them did not last and broke up soon. Moreover, she was married twice and divorced twice. At first, Frankel married Peter Sussman in 1996 and divorced in 1997. Secondly, she tied the knot to Jason Hoppy from 2010 to 2016.

The star is the mother of a child, Bryn Hoppy. Her daughter was born in 2010.

RHONY star, Bethenny Frankel has an assumed net worth of not less than $5million. Her reality TV shows help her to earn a good net worth and salary.

Bethenny Frankel was born on 4th November 1970 in New York City. She is the daughter of Robert Frankel who was a horse trainer. Her childhood was difficult because her father had left her mother when she was four years old.

Get To Know More: Madeline Stuart

Frankel had started her career in 2005. First, she had worked as an assistant director in the set of Saved by the Bell. In 2009 she had posed nude for PETA billboard.

The star has an active life which includes yoga, snowboarding, and roller- boarding. She had also been a part of a company named “Princess Pashmina”. It was the first company to import and distribute the shawls to Hollywood celebrities.

Frankel got married to an entertainment industry executive Peter Sussman in 1996. Later on she got divorced him in 1997.

After her divorce she again married to a businessman Jason Hoppy in 2010. Again she divorced to her second husband in 2014.

Her first child is a daughter named Bryn Casey Hoppy. She was born on 2010 form her second husband when she was 39 years old.