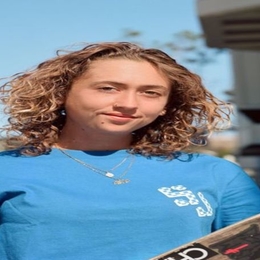 In the Coming-of-Age movie, Booksmart, Victoria Ruesga portrays the cool skater character of Ryan who happens to be the crush of Amy, one of the lead actors of the film, portrayed by Kaitlyn Dever. The interesting thing is that, however, there's not much difference between the onscreen and offscreen Ruesga.

In the Olivia Wilde debut directorial film, Booksmart, Victoria Ruesga is known as the cool skater who is also the crush of one of the lead actresses' in the film. And like we already said, you won't find much difference in the Ruesga you watched on the film and the Ruesga you see in real life. 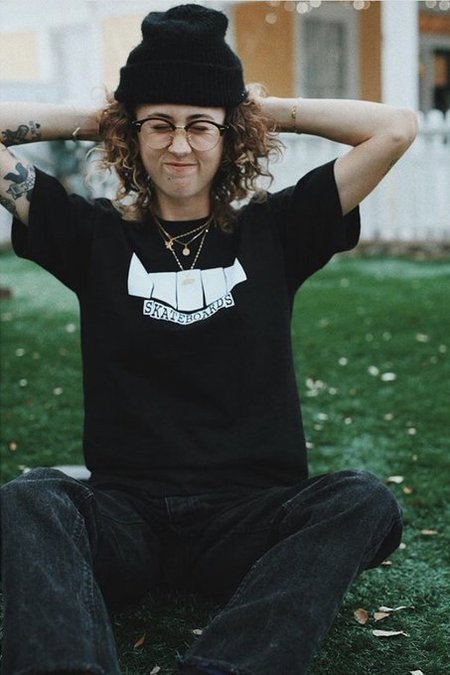 Impressively, Ruesga is not the most typical young you see everywhere. The way she dresses, the way she speaks, and the way she perceives herself, everything makes her unique and outstands from the rest.

You won't see her in pretty skirts but rather a t-shirt and cool pants. And, when you check out her Instagram accounts, you won't see any fancy and pretty things. If anything, her feed is full of all the skateboarding video of the actress herself.

By through anyone's perspective, a lot of people can easily assume that Ruesga is least likely to be a hetero kid if we 're stereotyping. But, if we being honest, it's none's business to point out her sexuality. Whilst the actress is yet to address her sexuality, we hope she will be comfortable soon to speak and shed the light with her fans on the matter.

Before Victoria landed on the role to Booksmarts, Ruesga had played some minor roles. The newcomer actually learned about the audition for the film through her friend, Mikey Alfred. As the 21 years old actress didn't have Alfred contact number on her phone, she thought Alfred was some creeper who wanted to murder her. Thus, she held no interest to sign up for the audition. 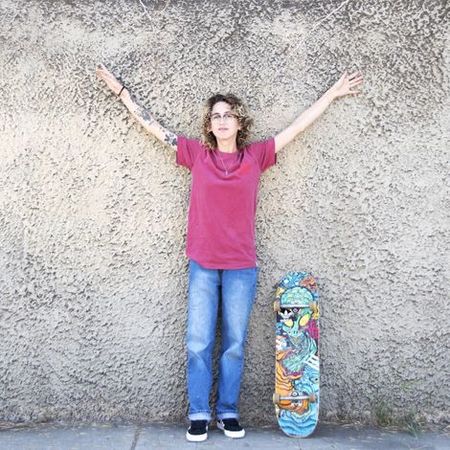 As for Alfred who owned Illegal Civilization and produced films such as Mid90s, he had already emailed all the scripts of the film to Ruesga. And, by the time Victoria checked her email, it was too late. In fact, it was the day of her audition. Of course, Ruesga texted Alfred with apologies after learning the truth.

On the other hand, Mikey who was cracking up with the texts sent a screenshot version of it to Allison Jones, a well-known casting director. But, luckily, Jones was intrigued to meet Ruesga who she found to be eccentric. She advised Alfred to invite her over. And the rest is history.

See the trailer of Booksmart below.

Booksmart, directed by House star Olivia Wilde, which also happens to be her debut directorial film was initially released in May 2019. The film did great financially considering that it was made on the budget of $6 million but amassed a box office number of $26.6 million.

Ruesga Started Skating Since The Tender Age Of Six

Rues is a massive skateboarding lover. She was highly seen as a skater in the film just like how she is in her real life too. A lot of people believes she started to skate only for the sake of the film. However, that's not it.

For the uprising star, Victoria Ruesga started skating since she was only six years old. And, despite being used to skating her whole life, the actress says there's a big difference between skating naturally and skating in front of the camera. She actually describes it difficult. Why?

Recommended: Who is Hallee Hirsh dating?

Although Ruesga admits that skating in front of the camera is more advanced, it was still awkward considering the fact that there were like seven cameras in front of her face. Thankfully, with a little help from Alfred, the issues soon became the least of her problem.

Besides, Ruesga also claims she is blown away by the treatment she received in the film industry. She describes her Booksmart experience as nothing but  Royalty. Matter of fact, the film has ignited Ruesga to work in films in the upcoming days too.

May we get to see more from Victoria the near future.