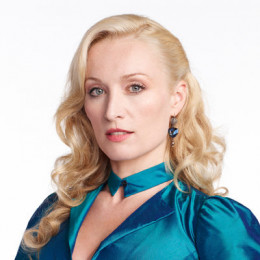 Victoria Smurfit is an Irish actress. Her family is one of the richest family in Ireland. She had attended St. George School and has completed graduation from Saint Columba’s College. She had also done A level in theatre studies. There is no information about her parents. She is best known for her role in the BBC television series named Ballykissangel. Currently, she is appearing in Once Upon a Time.

Victoria Smurfit was born on 31 March 1974 in Dublin, Ireland to the family of Caroline Smurfit and Dermot Francis Smurfit. The Smurfit family was one of the richest in Ireland, through Smurfit Kappa, one of the reputed paper-based packaging paper companies in the world. The family is also linked with Smurfit Business School in University College Dublin.

Her uncle Michael Smurfit is known for his sponsorship in a number of sporting events like the Champion Hurdle and the Smurfit European Open.

She attended Saint Columbia's College, Dublin, and St. George's School, Ascot. She studied A level in theatre studies and then went to the Bristol Old Vic Theatre School. She stands at a height of 5.64 feet (1.72m).

Smurfit, 44, gained wide recognition portraying the role of Orla O'Connell in the BBC tv series Ballykissangel in 1988 and 1999 though she was previously seen in The Run of Country, Ivanhoe, and Berkeley Square.

She played Nina in American superhero comedy movie Bulletproof Monk in 2003. She appeared in the lead role of Detective Chief Inspector Roisin Connor in the ITV police procedural Trial & Retribution. 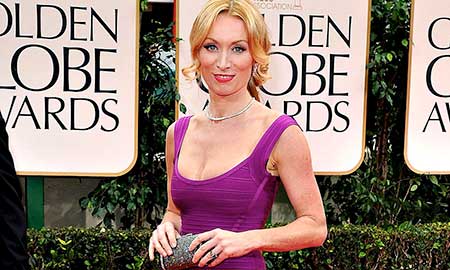 She performed in The Shell Seekers in 2006 and The Clinic in 2009. In 2011, she played the role of Ella Blunt in Agatha Christie's Marple. In 2014, she starred in The Mentalist alongside  Simon Baker and Robin Tunney.

She's currently busy playing the role of Cruella De Vil in Once Upon a Time since 2014.

Smurfit has a huge net worth and salary but she's kept it under wraps. She was living with three of her kids in a property in Santa Monica. She ha to leave her LA home due to the bomb threat back in March 2018.

She is currently homeless but her daughters were staying with their father Doug Baxter at the moment.

Smurfit was previously married to advertising executive Douglas Baxter. The couple tied the knot on 29th July 2000 in Surrey, England. 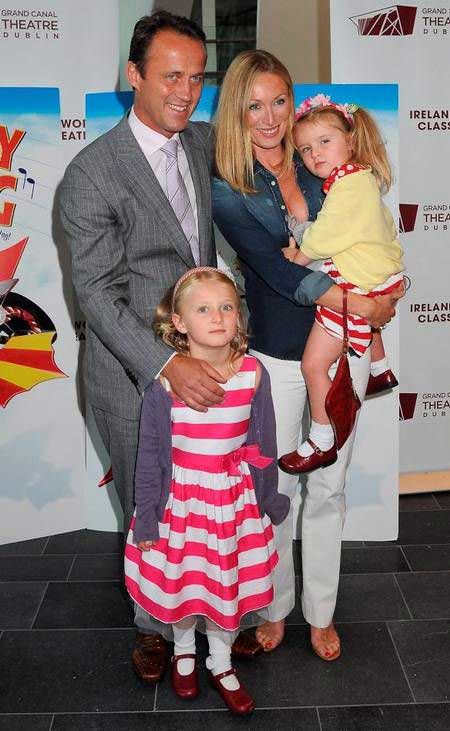 The couple filed for divorce in California after 15 years living together. The divorce was finalized two years later when the Dublin-born star was filming The Lears. Though they are officially separated, they are still 'best of friends' for the sake of their kids.

Flynn won a prize @taytopark - meet us for lunch to have some #notTakingThisHome!

She remained single until she found a new love wit filmmaker Alistair Ramsden. They first met earlier in 2016 on the set of Bait. Earlier this year, Smurfit revealed that she ended her relationship with her boyfriend in January 2018.

She is single at present living a happy life with her kids.

She has married to Douglas Baxter. He is an advertising executive. But recently due to some reason the couple has filed for divorce.

Her second child is also a baby girl. Her name is Belle Baxter. She is also form her husband.

Her third child is a baby boy. His name is Alexander Baxter. He is also from her husband.