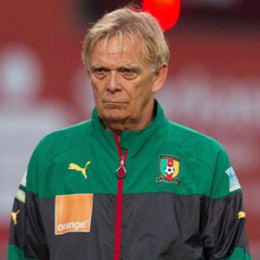 A popular German Football manager and former German player Volker Finke who coached SC Freiburg for 16 years and retired from the club in May 2008. He is now currently working as the coach of Cameroon national football team. He graduated from officer training and finished his service as a lieutenant. He worked in the military for 3 years. Besides his coaching career, he worked as sports and social studies teacher in his hometown school named Albert Schweitzer school.

Volker Finke was born on 24th March 1948 in Nienburg, Lower Saxony, Germany. He lived a good family life with his parents. His zodiac sign is Aries.

After graduation, Finke served in the German army and served as a lieutenant in the 4th artillery regiment. In the early 90s, he worked as a teacher for sports, mathematics, and social at the Albert Schweitzer School in Nienburg.

Starting an early career as an amateur player, Volker Finke started coaching in the club of TSV Stelingen. He received five promotions within 11 years in the club.

In 1986, he signed to TSV Havelse that led the club to the second division.

After a year serving at SC Norderstedt, he joined a German Football club SC Friborg in 1991 and served for 16 long years. He led the team to the best position on the third place in his history.

While in FC Nuremberg, Finke and his players gained the third place; the first time in the club history in the Bundesliga to date. During the UEFA Cup in 1995-1996, he was eliminated in the first round by Slavia Prague playing with the SC Freiburg. 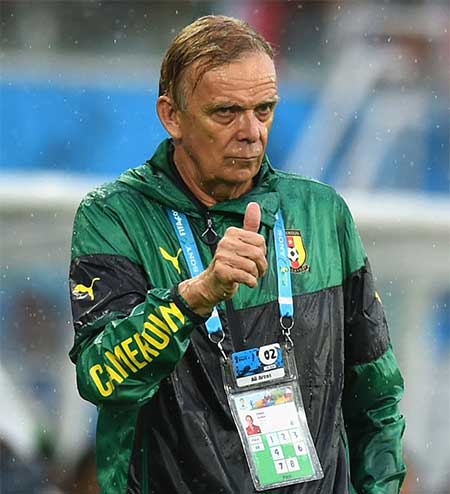 In 2000-2001, the club gained the 6th place and won the place in the European Cup. The club received its second league title in the second division 10 years later the first achievement.

A year after his departure from Freiburg, he resumed his service in December 2008. He worked two years with the Urawa Red Diamonds.

The team finished in the 6th place in 2009 in Japan. He was appointed as the athletic director of FC Cologne, the German Club in 2011.

Cameroon Football Federation (Fecafoot) axed Finke as the country's National Football head coach on 30th October 2015. As soon as his contract expired, Fecafoot announced the decision after a number of disappointments over 18 months of his work.

Finke, 70, has become the only coach in German professional football that descended him in the same three times in a row and still being in the same club. Under him, his team was qualified for the FIFA World Cup 2014 in Brazil where they lost all three matches and were also criticized for their rude behavior on-field.

The former head coach has a huge net worth in millions but he's not yet ready to reveal details.

During an interview in June 2013 while in Cameroon, he stated that he cannot reveal his salary. He addressed that "it's a contract between the two parties and the third party has no right to know details."

Finke is a very private person when it comes to his love affairs and personal relationships. While appearing in front of the camera he shows a great character of professionalism and not one he has mentioned regarding his relationship status.

As many famous celebs prefer to keep the family and married life under the radar for a good cause, Finke is definitely one of them.