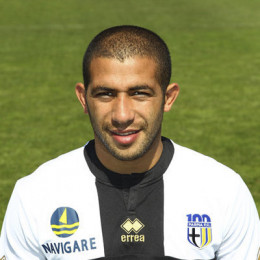 Walter Alejandro Gargano Guevara is a Uruguayan football player who plays for Napoli, a Serie A Italian club and the Uruguayan national football team as a mid-fielder. He started playing football when he was just three years old joining the local youth club Centella in Paysandú. Later he joined club Danubio where he started his professional football career. With Uruguayan national team he celebrated the victory of Copa América 2011.

Walter Gargano, the professional Uruguayan footballer was born on 23 July 1984 in Payasandu, Uruguay.

He started playing football since he was age 3. He was in the midfield position when he joined the youth club Centella in Payasandu.

During his initial days in football, he played against his future club named Danubio. He was soon discovered by the club and got the opportunity to join them.

He initiated his professional career with Danubio in 2003. He was just 19 when he made his league debut.

Gargano agreed to join Napoli on 30th June 2007 for a fee of £2 million signing a five-year contract. He made a 4-0 win over Cesena in his first game and made his Serie A debut in August 2007 against Cagliari. 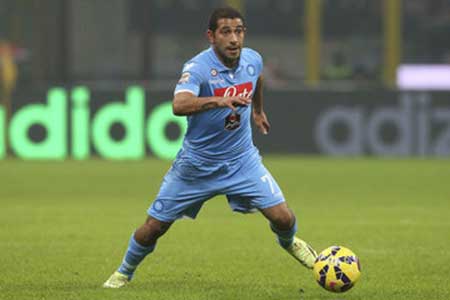 He made his UEFA Cup debut in a 3-2 win in the first round itself against Benfica. In Marc 2009, he got he suffered a fractured leg during a training phase that made him away from the game for two months.

He renewed his contract with Napoli in January 2010 until 2015. He debuted in the Champions League against Manchester City with a 1-1 draw. Playing all the seven matches, Napoli was finally eliminated by Chelsea.

He scored his first goal against Genoa in December 2011 with a 6-1 win. He signed a contract with Internazionale on loan for €1.25m with an alternative making the deal permanent for  €8.25m.

Following the deal, he made his debut in the opening game of the season against Pescara in a 3-0 win.

He signed a contract with Mexican club Monterrey in the summer of 2015. Currently, he's active in the club with Mexican footballer Luis Perez.

He played at the 2007 Copa America representing his country. He was included in the squad to the World Cup as a substitute in several occasions.

He was the part of the Copa America in 2011, winning Uruguay squad. The team scored in the penalty shoot-out against Argentina.

He's living a sound married life with his wife with every wonders and bliss. The couple welcomed their first child Matias on 7 May 2010 with the second one named Thiago on 7th April 2012. 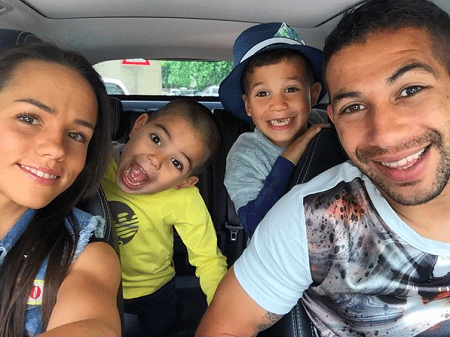 The couple was blessed with a third child Leo on 27 November 2017. The happy family life of five is quite clear on social media as well.

She is a tall, fair and a beautiful lady who is happy to have such a loyal husband right by her side.

She is a cute and adorable child of her romantic and perfect parents and is often pictured with them.

He was born safe, sound and loves being in his parents arms and is happy with them.