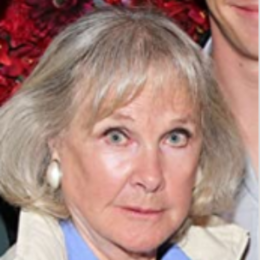 Wanda Bentham is an English actress who has landed roles on British television shows like UFO, The Avengers, and My Teenage Daughter. The started has been in the entertainment field since the 1950s. Starting her career in the 1950s, She won the hearts of millions while performing in the BBC adaptation of Sherlock.

Wanda Ventham Married And Living With Her Husband

Wanda Ventham has married and divorced twice in life. Her first marriage was to James D. Tabernacle in 1957 in a private ceremony. However, after eighteen years of marriage, the pair called it quit in 1974. 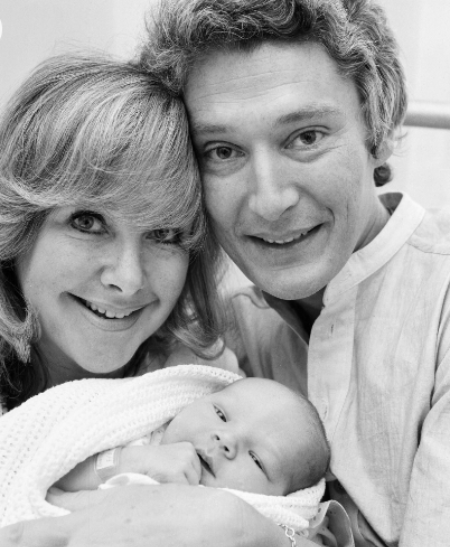 Currently, Ventham is living a good life with Timothy Carlton, her husband of forty-six years. Wanda and Timothy shared screen on Sherlock in 2010 as the parents of Sherlock Holmes, portrayed by their real son Benedict Cumberbatch.

Wanda Ventham met Timothy Carlton in 1970 while filming sequences for the tv series A Family at War. Hence, after dating each other for almost five years, Timothy proposed to his lady for marriage in April 1976. Carlton appeared with his wife Ventham in the BBC drama series The Lotus-eaters in 1973 and Series 3 and 4 of Sherlock.

What does Timothy Carlton do for a Living?

Wanda's husband, Timothy Carlton Congdon Cumberbatch Carlton, is an English actor, and he is much skillful as his wife. Born on October 4, 1939, Carlton is an actor known for Cold Comfort Farm, Parting Shots, and Sherlock.

Check out the clip of Wanda Ventham with her son, Benedict Cumberbatch, at Chelsea Flower Show 2014!

The proud father, Timothy, used to read "The Hobbit" to his son Benedict Cumberbatch producing voices for all the characters. His father influenced Benedict to audition for Peter Jackson's movie version. Then, he ended up starring as the voice of Smaug.

That's not all; Mr. Timothy has appeared in The Scarlet Pimpernel, along with Ian McKellen. Ian had worked with Carlton's son Benedict Cumberbatch in the Hobbit films.

The 87-year-old has two children, namely Tracy Peacock and Benedict Cumberbatch. Wanda gave birth to her first child Tracy Peacock in 1958 and her second one Benedict Cumberbatch on July 19, 1976. Her son Benedict is a renowned name in the entertainment industry and has been a part of some of spectacular television and film works of recent times such as Sherlock Holmes, Doctor Strange, and The Avengers. The veteran actress raised her two children in London. 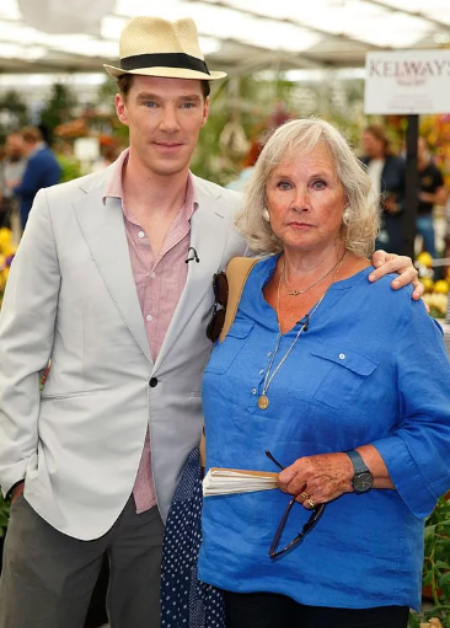 On December 16, Ventahm's daughter, Tracy, died from cancer at age sixty-two. Wanda shared a daughter Tracy with her first husband, James Tabernacle. She was survived by her husband and their 34-year-old daughter Emily. Tracy Peacock battled for seven years before she lost her life from cancer.

Peacock was a fine artist who had worked a lot on canvas. Tracy had worked for some elite brands like Dior, Givenchy, and Chanel. She has been a successful entrepreneur with her self-swimwear.

How are Benedict and Tracy Related?

Benedict Cumberbatch and Tracy Peacock are half-siblings, despite having a solid bond as any biological siblings. So, in late 2021, Benedict, devastated by his loss, paid tribute to his brilliant sister with whom he grew up.

Wanda Ventham was a star in her own rights back in her days. She has an estimated net worth of $2 million from her over sixty-six-year-long career as an actress. That still pales in comparison to her son Benedict Cumberbatch who possesses an enormous $40 million net worth as of this writing.

In 1965, Ventham lost out on the part of Jill Masterson, the character who has painted gold in Goldfinger, to Shirkey Eaton. In 1977, she portrayed Thea Ransome in the tv series Doctor Who: Image of the Fendahl: Part One.

In 1984, Wanda made a guest appearance as Oreston in Doctor Who: Warriors of the Deep: Part One, which went to Tara Ward. Back then, the mother of two had once been on record ridiculing the concept of Michael Caine being as highly regarded an actor as Ian Hendry.

Ventham had a long and successful career in theatre and television, including the BBC series Royal Highness. From 1966 to 1999, Carlton starred in sitcoms like Executive Stress, Keeping Up Appearances, Gauguin the Savage, Next of Kin, and Cold Comfort Farm.

Wanda Ventham was born in Brighton, the United Kingdom, on August 5, 1935. I was aspiring to become an artist, the daughter of Gladys Frances and Frederick Howard Ventham.

The blonde beauty had a keen interest in acting at an early age. For that reason, she attended the Central School of Speek and Drama. At the same time, she worked as a scenic painter for the Connaught Theatre in Worthing, West Sussex.

The exposure to theatre led Miss Wanda to quit art school and pursue a career in acting. She worked as a contemporary of Judi Dench before graduating in 1956.

Wanda Ventham still looks glamorous and appealing in the eighties. She is 5 feet 5 inches tall and weighs 56 kg. The English actress takes a healthy balanced diet to stay fit.

Timothy Carlton is happily married to his co-star Wanda Ventham for the past five decades, The couple exchanged vows in 1976.

James Tabernacle married Wanda Ventham in 1957 until they called it quits in 1974 citing personal issues. They share a daughter.

Wanda Ventham welcomes a son Benedict Cumberbatch with Timothy Carlton in 1976. He is 46 years old,