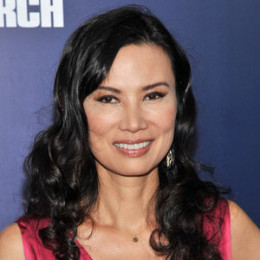 Wendi Deng Murdoch is a renowned Chinese-born American actress, producer, and businesswoman. She was the third ex-wife of News Corporation chairman and CEO Rupert Murdoch. Deng's big break came with Fox TV and was subsequently offered an internship at Star TV, a News Corporation in Hong Kong. Wendi wed Murdoch in 1999 before she rises to socialite status.

In July 2016, Wendy Deng was rumored to have a relationship with Russian President Vladimir Putin. However, Deng denied the rumors that she is dating Vladimir Putin. She also hit the headline when social media started to claim her affair with U.K. former Prime Minister Tony Blair. Born in  Jinan, Shandong, Deng was first married to Jake Cherry in 1990 and ended their relationship in 1993. She then remarried, her boyfriend CEO of News Corp, Rupert Murdoch in 1999. Their marriage life lasted over 13 years before her husband filed a divorce paper in June 2013. Deng and Murdoch share two children; Grace Helen Murdoch, born 2001 and Chloe Murdoch, born in 2003.

Deng's first marriage was to a businessman, Jake Cherry, who is thirty years junior to her. The couple married in 1990 and divorced in 1993.

She then married an Australian-born American media mogul, Rupert Murdoch. The couple married in 1999 and divorced in 2013.

Grace Helen Murdoch is her first daughter; she was born in 2001.

Chloe Murdoch is her second daughter; she was born in 2003.