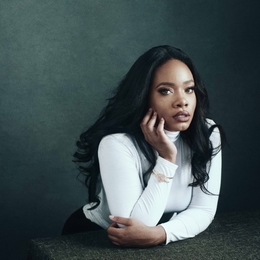 Reanne Weruche Opia, also known as Weruche Opia, famous for her role as Agent Green in 2022's Slumberland, was born in Lagos, Opia, on April 11, 1987. Opia is a well-known Nigerian actress who has played in over 15 movies and TV series. She made her first professional debut in the 2010s The Bill TV series as Selina Morris. She has also acted alongside amazing actors like Jason Momoa and Michaela Coel.

Is Weruche Opia Dating Anyone?

I May Destroy You actress, Weruche Opia, is personal about her life events and has also not disclosed her relationship status to the public. The actress has also not posted anything connecting her off-screen personal life, so we can say she is currently single.

Maybe the actress is not interested in extra relationships at the moment, and maybe she is currently focused on her career to be promising. Slumberland actress Opia may also have a private relationship that she may open to the public in upcoming future.

As an actress, Opia made her first professional acting debut in the 2010s The Bill TV series as Selina Morris.  Since her first debut in 2010, she is still active in the acting industry. Opia performed well on her first debut, which helped her get promising roles in movies and series.

Check out the clip of Weruche Opia speaking at an interview!

As opia is an amazing actress, she has also successfully won awards. The Top Boy star was nominated for BAFTA TV Awards in 2021. Opia was nominated for Supporting Actress in I May Destroy You. In the series, she worked with actors Michaela Coel, Paapa Essiedu, Steph Wight, and many others.

Although she didn't win BAFTA TV Awards, many other acting opportunities were opened up for Opia. The Slumberland actress won a Black Reel Award for Television in 2021 for I May Destroy You and also won Film Independent Spirit Awards for the same movie. In addition, Opia has also been nominated three times for her roles in acting.

The lady will appear in the upcoming comedy show High Desert, where she will play the character Carol, and also in Genius: MLK/X as Coretta Scott King.

Net Worth Of Weruche Opia 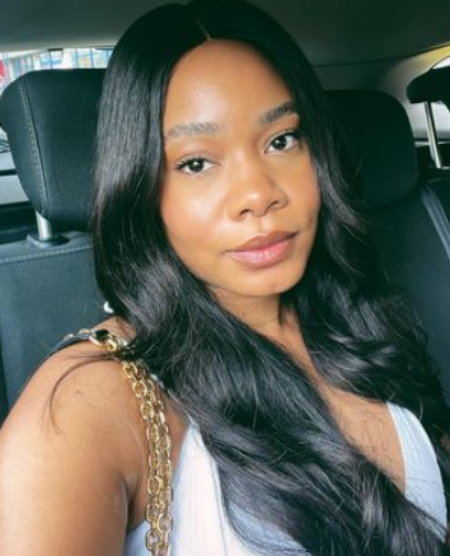 Weruche Opia has an estimated net worth of $1 million. SOURCE: Instagram

As The Bill star is active in acting, her net worth will increase in upcoming years. BAFTA Award nominee Opia started gaining the spotlight after her appearance in 2022's Slumberland as Agent Green. She was acting alongside an amazing actor Jason Mamoa who is famous for his role as Arthur in the Aquaman film. She is also involved in Narrating audiobooks and earns a good income.

Is Weruche Opia On Social Media?

As the Nigerian actress is still active in acting, her follower count may also increase accordingly. Although Opia is available on social media, she is not much active on her Facebook, as her latest post was from June 6, 2019. Whereas, Opia is more active on her Instagram than on her Facebook.

The multi-talented actress is also involved in narrating audiobooks. The Top Boy actress has narrated a novel called Honey and Spice, which was written by Bolu Babalola. Bad Education actress Opia has narrated about 24 audiobooks. At the same time, the normal starting price of the audiobook narrated by Opia is available from $13, and so on.

Weruche Opia In I May Destroy You

I may destroy you is a British black comedy-drama series written and created by Michaela Coel. Coel is also the creator and writer of the Chewing Gum Tv series, which won a BAFTA Award. In the I May Destroy You TV series, Opia plays the role of Terry. Likewise, a particular episode of the show is 30 mins long. 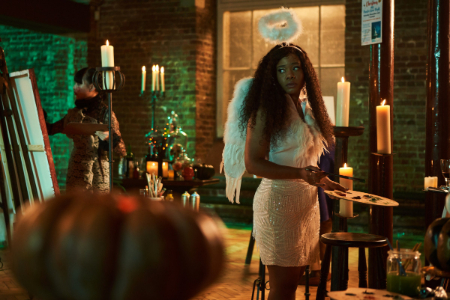 Weruche Opia In Her Character Of Terry In I May Destroy You. SOURCE: Fashionista

The tv series was able to win 2 Primetime Emmys awards. In addition, the tv series won 34 awards and 54 nominations. Opia also won Film Independent Spirit Awards for Best Ensemble Cast in a New Scripted Series. From the awards list of I may destroy you, Opia was nominated in 3 categories and won 2 awards.

The sliced actress is also involved in raising voices against racism. On JUNE 13, 2020, she posted a slogan saying Black lives matter on her Instagram. She captioned, "This is not a trend." The Nigerian actress is involved in such activities and has raised her voice on other topics.

As the actress is a kind-hearted person who has been kind and helpful to others, she is involved in other human rights activities. Opia's crew mates from movies and shows have also mentioned opia's kind and sweet behavior behind the movie screen.