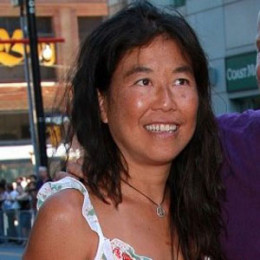 Laura Louie is the co-founder of Yoganics, an organic food delivery service who is popularly known as the wife of Emmy Winning actor Woody Harrelson. She was professionally his assistant at first who met on the sets of his TV show, "Cheers". The couple married in 2009 and has three children; daughters. As of 2018, the family of five resides in Maui.

Is Laura Louie and Woody Harrelson still Together?

Laura Louie lived her life totally outside the realm of media attention until she found and romantically associated with A-List star. As of early 2020, Laura Louie Harrelson is still in a blissful marital relationship with boyfriend turned spouse Woody Harrelson.

Louie and her spouse have been united as a life partner for over a decade now. She met the love of her life, Harrelson, while she she was working as an assistant on the sitcom, Cheers. They first kindled romance in 1987 and since then the duo never looked back.

Regardless of having endured a few bumps in the course of their marriage, the duo has managed to maintain a strong bond. Louie and her beau have been living it up on the sunny shores of the Hawaiian island of Maui for many years.

The pair lives surrounded by 200 other people in a gorgeous, natural and totally sustainable community famous as EcoVillage. Laura met her to be life partner in 1987 while he was working on the set of the hit sitcom, Cheers. Since then, they never looked back.

Laura Louie married American actor Woody Harrelson on December 28, 2008, being his second wife after Nancy Simon whom he had married for 10 months in 1985. Louie was Harrelson's former assistant and that's how they met for the first time.

They were in a relationship for 21 years and tied the knot in a private ceremony. Their marriage was attended by Sean Penn, Alanis Morissette, Willie Nelson and Owen Wilson who also performed in the ceremony. 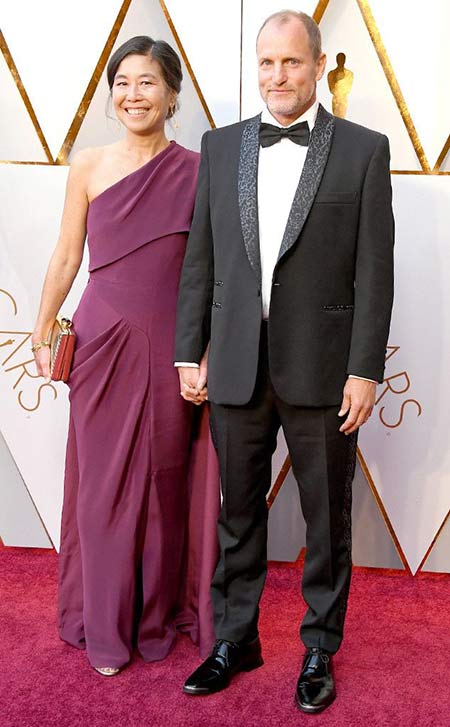 The couple has three daughters together namely Zoe Giordano Harrelson, Makani Ravello Harrelson, and Deni Montana Harrelson. Their daughter Deni is the eldest who was born on March 5, 1994, then on September 22, 1996, Zoe was born. The couple gave birth to their youngest daughter Makani on June 3, 2006.

Harrelson is an environmental activist who has worked with UNICEF to contribute to the people in need by collecting funds and necessary resources. He is a strict vegan and was named PETA's sexiest Vegetarian alongside Jessica Chastain in 2012. Harrelson is among PETA's famous top 20 vegetarians and appeared on a photo stamp in 2011.

Previously, he was married to Nancy Simon in 1985. She is the daughter of playwright Neil Simon. As the couple was not so serious in their marriage, they planned to divorce the next day they wedded.

Nevertheless, they remained together for ten months. That's not all, Harrelson was once arrested for some legal misconducts. Harrelson was guilty of having a foursome with three women and one of the women happened to be a reporter who recorded the incident.

However, no evidence was presented in the court and the couple has not broken up due to that incident. The couple is still going on so strong in their relationship. Hence, there's no sign of divorce.

Harrelson's drunken night of infidelity could have led their relationship to divorce but the actor mentioned that his wife is so much understanding. The same year he had a foursome in 2002. In the same year, he got into a feud with a cab driver after an ashtray dislodged.

Despite the scandals which were big enough to exterminate everything the duo has been building since the 1980s. Nevertheless, Laura chose not to split but stand by his side during the hard times.

Louie's net worth of $800 thousand. Louie has been living an opulent life with her husband for twelve years now. Her husband has a net worth of $65 million. From his series Money Train, he took home a salary of $5.5 million.

The couple owns some branded cars that add to their luxurious life. They own a Tesla Model S, BMW and a Volkswagen Beetle. Laura Louie shares a luxury house with spouse Woody in Beverly Hills. As of now, they're residing in a lavish house located in Maui.

Laura Louie was born in 1965 in the United States. Other details related to this 54-year-old lady's parents and academic qualifications are not mentioned.

Louie is professionally a movie assistant. She worked as a personal assistant for her present husband Woody Harrelson for about two years before they started dating. Harrelson was shooting his TV show Cheers and Louie helped him as an assistant.

Louie, the 5 feet 9 inches tall, is a co-founder of an organic food delivery system called Yoganics. The couple also launched an online eco-friendly website named Voice Yourself which promotes the quality of life of the people.

The couple married in December 28, 2008 after 21 years of relationship. They have three beautiful daughters together and first met on the sets of his TV show, Cheers where Louie worked as an assistant.

Deni Montana Harrelson is the first born of the couple who was born on March 5, 1994. She has two younger sisters.

Zoe Giordano Harrelson is the second born daughter of the couple who was born on September 22, 1996.

Makani Ravello Harrelson is the youngest daughter of the couple. She was born on June 3, 2006.