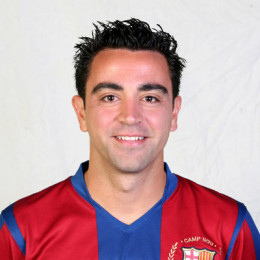 A Spanish professional football player who is playing for the club FC Barcelona as a central midfielder. His full name is Xavier Hernandez i Creusis where Hernandez is his paternal name and Creusis is his maternal name. from his early childhood, he was very much eager about the game and watched a lot of English football games. He started his youth career from the club named La Masia youth system. He has retired after his 14 years long football career.

Talking about his marital status he is already married to his longtime sweetheart. Till now he has not involved himself in any extramarital affair. The couple is parent of one child. He loves his wife and child very much. He is a very secretive person and does not like public attention in his private affairs. Other information about the children name and gender has not been yet disclosed by the player.

Spanish professional footballer Xavi Hernandez was born on 25 January 1980 in Terrassa, Barcelona, Catalonia, Spain to the family of Maria Merce Creus and Joaquim Hernandez. His birth sign is Aquarius. 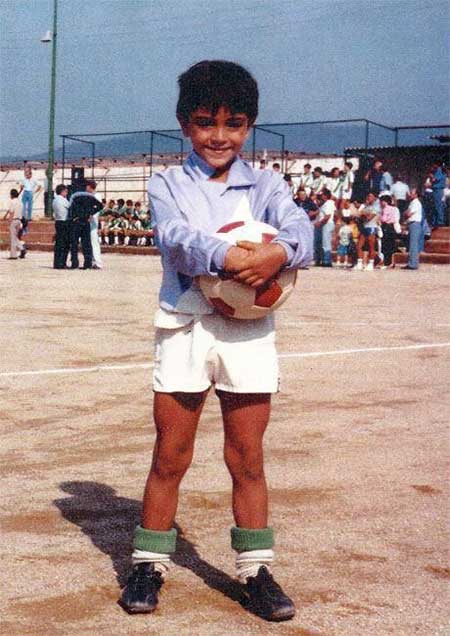 He joined the FC Barcelona's La Masia youth academy when he was just 11 years of age and made his first debut in August 1998 against Mallorca. Makin a way through youth and reserve teams, he was a key member of Josep Maria Gonzalo's Barcelona B team.

As a small child, he used to watch a lot of English football.

He started his professional career joining Barcelona in 1998. He made his first-team appearance in a Copa Catalunya match in May 1998 against Lleida.

He scored his first goal in August 1998 in the Super Cup final against Mallorca. He concluded his debut season playing in 26 matches and winning the Spanish league.

Despite the ligaments injuries, he returned in the 2004-05 season following Barcelona's win in the 2006 UEFA Champions League final against Arsenal.

As Barcelona won the Liga title with a record 99 points in the 2009-10 season, he was declared the 'second-best player of Barcelona'  in a season-long voting. He received the third place in the annual Trofeo Alfredo di Stefano award in the category of the best player in La Liga behind Lionel Messi and Cristiano Ronaldo.

He extended his contract with Barcelona until 30 June 2016. His performance in Barcelona made it the first club in history to win the treble of domestic league, domestic cup and two European Cup.

He declared that he would soon be the part of Qatari club Al Sadd at the end of 2014-15 season with a three-year deal.

He received his first trophy with Al Sadd following the victory over El Jaish in the Qatar Cup final with a 2-1 win on 29 April 2017. It's said that the midfielder will soon announce his retirement and pursue a coaching career.

He, however, signed a two-year contract extension with Al-Sadd on 24 May 2018 and postponed his retirement plans.

He won 31 trophies in his entire football career. He came in the third position in the 2009 FIFA World Player of the Year. Following the successes, he received awards in the FIFA Ballon d'Or in 2010 and 2011.

He was a runner-up after Lionel Messi for the UEFA Best Player in Europe Award in 2011. In addition, he grabbed the IFFHS World's Best Playmaker award for four years in series since 2008.

He was voted into the FIFA World XI six times in series since 2008 and was included in the UEFA Team of the Year for five years.

In 2012, he received the Prince of Asturias Award for Sports.

Hernandez, 38, has an estimated net worth of about $40 million as stated by Celebrity net worth; while it is about $8.3 million as of the Richest with an annual salary of about €10 million.

In a contract with Barca until 2014, he was one of the highest paid players with a salary of €7.5 million a year.

Barcelona renewed the contract with Xavi until 2016 but the annual fee of the star was not revealed at that time.

He extended his contract with Al-Sadd in May 2018 but his salary is yet to be revealed.

Hernandez is a married man. He tied the knot to his longtime girlfriend, Nuria Cunillera in July 2013. The nuptials took place at the Marimurta Botanical Garden in Branes, Spain with views of the Costa Brava in front of about 200 guests including most of his soccer team. 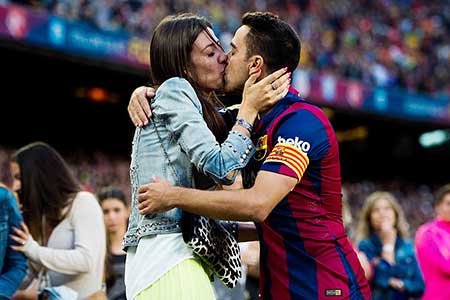 The couple is living a wonderful married life since the day they wedded. They welcomed a daughter Asia Hernandez Cunillera on 3rd January 2016.

She is very gorgeous and beautiful. Their picture while they were dating can be found in different sites.