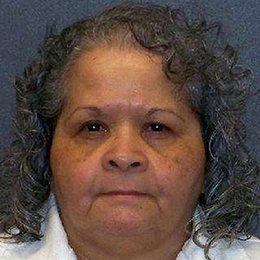 Yolanda Saldivar was a nurse by profession and she is also the fan club president. She rose to fame after she was convicted with the murder of a famous Tejano singer Selena Quintanilla-Perez. Currently, she is serving her punishment and is imprisoned. Besides, Yolanda will be only eligible for parole on March 30, 2025.

Yolanda Saldivar, who is currently serving her prison life for the murder of her employer, a singer, Selena Perez. Well, was she dating someone before she was arrested? Or was she married? Let's know in detail.

Yolanda Saldivar is possibly single at the moment. Besides, she wasn't involved in any relationship before as well. It's not wrong to say, she was imprisoned on all her youth without any interaction to the outer world.

Selena Perez Murder; How did it all start?

Yolanda was a huge fan of Tejano singer, Selena. After attending one of her concerts, the then nurse, began calling Selena's father, Abraham Quintanilla for starting a fan club in San Antonio. The singer hand her family loved the idea and gave permission to open the fan club.

Besides, Yolanda was shortly promoted as the manager of the late singer and she immediately became the club's president. Furthermore, she was also the manager of Selena's clothing boutiques, Selena Etc. 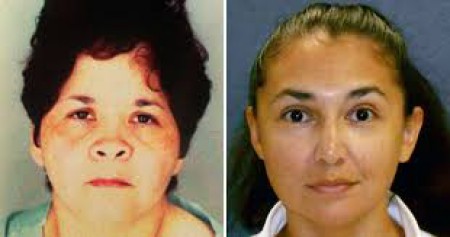 Yolanda was doing great until Selena's family found that she was stealing money from both the fan club and the boutiques. As a result, Yolanda was fired from her job in the first week of March 1995.

But, on the morning of March 31, Selena agreed to meet Saldivar at a motel in Corpus Christi, named, Days Inn motel. The motive of the meeting was to retrieve every financial record that Saldivar stole from the fan club and boutique.

However, Yolanda refused to meet her saying that she had been raped in Mexico and delayed the meeting. Later that day, Yolanda had to go through medical examination and there was no evidence found that could prove that she was raped.

Following the medical test, the duo returned to their motel where Selena once more demanded her documents. In frustration, Yolanda took out a .38 Tauras Model 85 revolver from her purse and pointed it at the singer.

After that, the shocked singer runs for her life when one bullet fired from the revolver hit her back, causing severe damage to her artery. Later singer tried to escape but it was one more bullet that made her unconscious. However, she did find time to call 911.

Later on, Selena died while struggling for her life in a hospital bed. As per doctors, the cause of her death was the wounds which lead to heavy blood loss caused by the bullets.

Yolanda Saldivar was taken to the court as the accused of the murder of Selena. Besides, the trial was not televised, but cameras were permitted on the courthouse premises.

Following day, the defense argued that Yolanda will not get fair justice in the home town of Selena. As a result, the venue was shifted to Houston, Texas. The video below gives a visual representation of the trial.

As per a report of CNN, the prosecutors were expected to introduce a controversial police confession signed by Saldívar in which she said she shot Selena "during an argument over accusations from the singer's father that Saldivar stole money from Selena's accounts". However, the defense told that Yolanda was pointing a gun towards Salena and the firing was accidental.

However, the prosecution pointed out that Saldívar, a trained nurse, did not call 911 or try to help Selena after she was shot. They also added that the gun needed 11 pounds of pressure to trigger the bullet, which couldn't be accidental. Finally, the law charged her with first-degree murder on October 23, 1995.

Finally, three days after finding the motive and criminal, the court sentenced Yolanda to life in prison with the possibility of parole in thirty years which was the maximum prison term allowed in Texas at the time.

Currently, she is imprisoned for the rest of her life and will only be able to apply for parole on March 31, 2025. She is serving her trial at the Mountain View Unit in Gatesville, operated by the Texas Department of Criminal Justice.

What after the Conviction?

After the trial was completed, the revolver used to kill Selena was found dismantled into pieces into the Corpus Christi Bay in 2002. Could this be the negligence of the Law Department? Or someone might just be trying to save Yolanda, However, it makes no sense because Yolanda was already serving for her punishment at that time.

Similar article: The case of Elizabeth Thomas who was abducted by her teacher

Furthermore, Yolanda also asked the Texas Court of Criminal Appeals to accept a petition that challenges her conviction. She claims the petition was filed in 2000 with the 214th District Court but it was never sent to the higher court. Her request was received on March 31, 2008, the thirteenth anniversary of Selena's death.

Do visit Marriedwiki.com for the latest biography on your favorite celebrities.