Tragic how the one you help prosper becomes the cause of your death. Learn the story of a crime that left the police authority take three years to solve the mystery behind it. One of the participants involved is Christine Paolilla. Know the dark and twisted details of Paolilla and the heinous crimes she committed in 2003.

Christine Paolilla is the convicted mass murderer who alongside her then-boyfriend, Christopher Snider shot dead four people whilst attempting to steal drugs. Paolilla was born in the year 1986 in New York and was later raised and spent most of her life in Texas. Today, Paolilla is currently serving her jail term for life with being allowed to be eligible for parole until she is sixty years old and has served thirty years in prison. Christine Paolilla is currently 33, as of 2019. 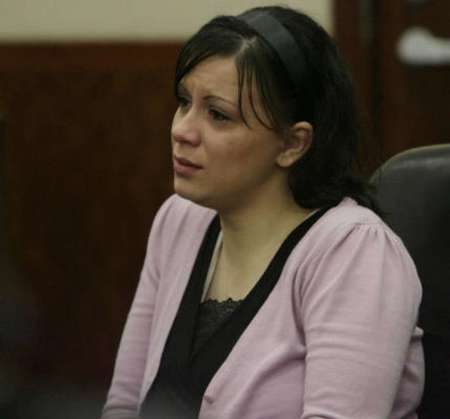 Paolilla committed the crime on 18th July 2003 three years prior she was imprisoned for life. But, if it wasn't until she confessed about her crime to her then-husband, Justin Rott she met at a rehab center at the Kerrville, Texas, she and he crime would have never been found and revealed by the cops. The crime story, also known and called the 'Clear Lake murders' made massive attention-grabbing headlines all across the United States.

Paolilla was only two at the time when her father died. Not long after the incident, Paolilla was only in kindergarten when she became diagnosed with alopecia that left her with baldness. And, alopecia, was something affected the self-confidence of Christine.

Alopecia areata is a common disease which mainly results in its victims to suffer the complete loss of hair in the body. 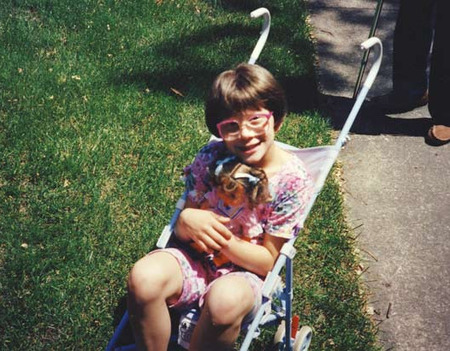 The disease made Paililla wear high power specs and lose her hair on the eyebrow, head, and eye part. She started to wear wigs and makeover at an early age and all the time. The reason made Paolilla face bullies and teases from her school friends. Born and raised in New York, Paolilla later moved to Clear Lake Texas with her sober mother who quit abusing drugs and remarried a new man.

Also See: The case of Elizabeth Thomas who was abducted by her teacher.

Whilst studying at Clear Lake High School, Paolilla's lack of socializing skills and the lack of confidence caused by alopecia gave her hard times to make friends. But, it wasn't until two of the popular girls from her school decided to be her friends and ceased her loneliness.

The same year in 2003, Paolilla met much older man aka her then-boyfriend, Christopher Snider, then 21 with whom she immediately began a relationship. As Paolilla wasn't used to the attention of the males, she instantly became attracted to Snider and thus, didn't hesitate to form the relationship. 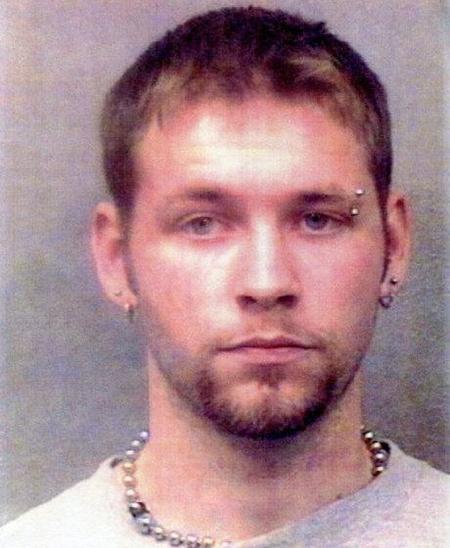 Snider was a drug addict. Both of his addiction to the drug, criminal records and age gap difference with their daughter wasn't favored by Paolilla's parents. This wasn't liked by Rachel and Tiffany either and would even often convince her to break up with Snider. On teh other hand, Paolilla had suspected this of nothing but their jealousy towards her love life, rather than taking it as a caring advice. 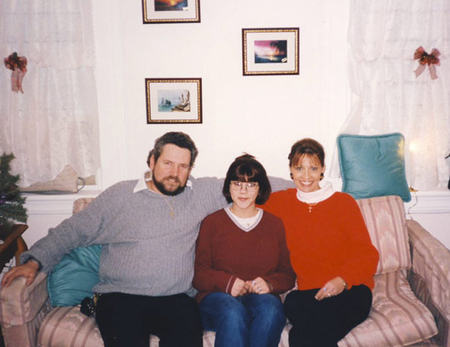 Matter of fact, both Snider and Paolilla's parents didn't like who their son and daughter were dating and blamed one another party for their nature of the relationship. All of them were aware that their relationship was nothing but toxic and abusive, to say the least. As a super jealous girlfriend, Paolilla once threatened to kill Snider parents after being kicked out of her boyfriend house. She spent the whole night on the house' lawn.

The Night That Witnessed The Brutal Murders

By the closure relationship and the company of Chris Snider, Paolilla had also become a drug abuser. Besides, she would also reportedly want and demand more violent sexual activity from her boyfriend. As for Snider, all he cared about was drugs. The couple would regularly get in fights.

And one night on 18th July, Christine Paolilla alongside boyfriend, Snider snuck into the Rowell's house where there was also the presence of Rowell's boyfriend, Marcus Precella, as well as Rachell and Precella's cousin, Adelbert Sanchez. 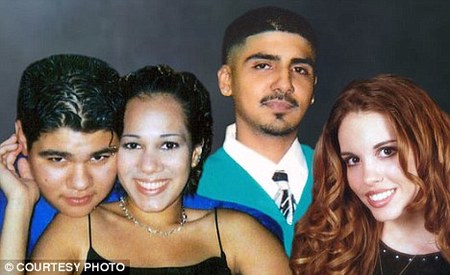 The situation took a bad turn when Snider and Precella confronted each other. The violent and aggressive Snider who had a gun, a 38-caliber revolver, with him then mercilessly shot all four of them more than multiple times. The police also found Rachel and Tiffany being shot in their crotch area which is highly identified to be a symptom of jealousy in the sexual context.

Rachel was, however still alive and made an attempt to report the scene to the cops, but as she was crawling and about to dial the number, Paolilla who came back to the spot hit her head endless times with the gun butt till she collapsed to her death.

Following the incident, the two murderers then fled the place with Snider dropping Paololla to Walgreens where she worked.

After police discovered the death of the four victims, they first suspected Sanchez to be the main subject as he was previously a drug dealer. But, after learning that he had only moved to Clear Lake to turn around his life, the police were far more steps behind to get to their solution end.

Luckily, they were provided sketches of the two suspects by the neighbors. And for the next three years till 2006, the sketches were the only evidence they carried with them to catch the murderer.

What Happened to Paolilla and Snider?

The duo broke up the following year after Snider was arrested on a charge of stealing a car. As for Paolilla, she went into depression and attended rehab after the murder incident. In fact, she didn't even attend the funeral. The only reason she didn't come to be the suspect of the police was her being underage. 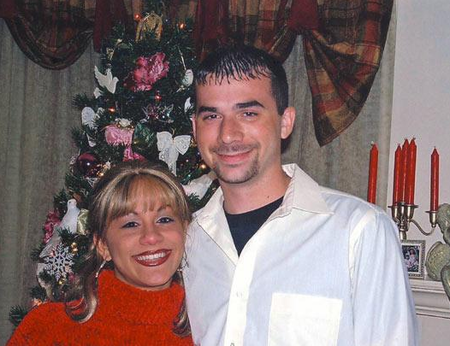 At the rehab, she met and fell in love with Justin Rott. One day, she found a sketch of herself on the tv in the suspect of the murderers involved in the Clear Lake incident. Soon after finding herself on tv, Paolilla disclosed and admitted everything to her husband. This was overheard by one of the members of the rehab who immediately reported to the police.

The couple fled their apartment Paolilla had bought from the $360,000 trust fund money, her father left her. Christine and Justin then lived in a motel room in San Antonio where they didn't allow the housekeeper to ever clean their room. After seven months, Paolilla and Rott were finally tracked by the cops. At the scene, the cops found drugs substance and devices everywhere. Matter of fact, the duo only relied on drug substance and eating unhealthy junk food and snacks. 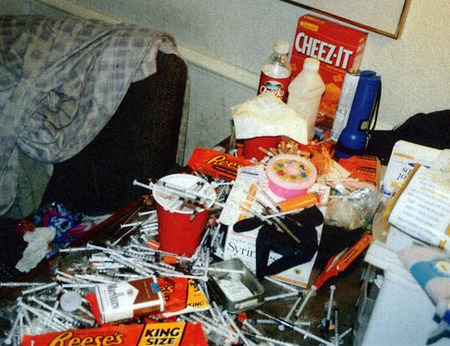 Paolilla was also arrested for the usage of drugs and confessed everything to the cops his wife told him about the murder. On the other hand, Paolilla still remained reluctant to admit to her crime. She instead blamed the crime on Snider claiming he was the one who came up with the idea and that he was the first one to shoot. Christine admitted to being present at the crime scene.

Recommended: Nick Little, the father of the son who was allegedly abused by Kevin Spacey.

As for Chris, he was found dead after overdosing on drugs and mixed medicine prescription after learning that the police were after him. His rotting dead body was found in a thick wood at the Greenville, South Carolina near where he lived with a woman he met online.

Christine Paolilla is serving jail time at the Mountain View Unit which is located in Gatesville, Texas. She also made multiple appeals to the court claiming how her amount of bail amount being $500,000 and her court trial was violated.