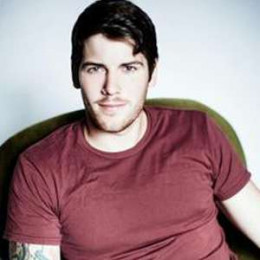 Zachary Steven Merrick is a founding member of the band "All Time Low" in 2003, serving as the bassist and backing vocalist. He helped All Time Low release two consecutive No.1 U.S. Alternative albums: Dirty Work and Nothing Personal. Moreover, together with his bandmates, he produced an amazing album "Don't Panic" in 2012, which reached No.1 on the Top Internet Albums chart, No. 9 in the UK and in the top 20 in Australia and Canada.

Zack Merrick is not married yet. Zack is not involved in any relationship and is yet to introduce anyone as his girlfriend. So, as of now, he might be possibly single.

The star is active in social media and has a great fan following. As of now, his Instagram account has more than 400k followers.

Zack Merrick's accumulated net worth is around $500k. He makes his money from his music career. He also earns much from the tours and concerts.

Zachary Merrick was born in Baltimore on 21st April 1988 under the birth sign Taurus.

Zack started playing bass at the age of eleven. His brother also had a career as a musician. While still in high school, Merrick was recruited into the band All Time Low in 2003 by bandmates Alex Gaskarth-Lead, Jack Barakat-guitar along with drummer Rian Dawson. Currently, he is single. Merrick has not revealed anything about his personal life and relationships.

To Know More ABout Zack Merrick, check out this video: