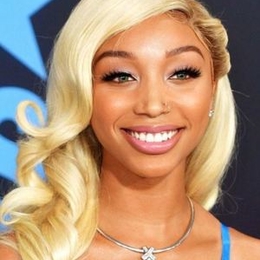 When it comes to the name Zonnique Pullins, the term R&B band OMG Girlz comes with it. She is the co-founder of the teen group along with other artists like Bahja Rodriguez & Breaunna Womack. She has also done some solo work to showcase her skills.

Has Had Multiple Affairs Before The Current Partner

Zonnique has an interesting romantic timeline for this date. She is exploring her love life and has been seen with several partners over the years. Her earliest romantic relationship can be dated back to 2017.

At the time, she was dating NFL athlete Damian Swann. So how did she got to know Damian? Well, the two had known each other since their academic days. The two parted ways in 2018 with breakup reasons unknown to the general public.

The information is quite hazy but the artist was rumored to have a relationship with Zoey Zuko before Damian. Zoey is a rap artist by his vocation. The couple's dating timeline and details are missing but the two surely had a thing for each other. Since the relationship ended before 2017, we can only speculate on the credentials.

Not long after her breakup with Damian, Pullins started her new romantic journey with rapper Bandhunta Izzy. The couple has not revealed their actual date of relationship start but they publicly confronted their association in July of 2018. 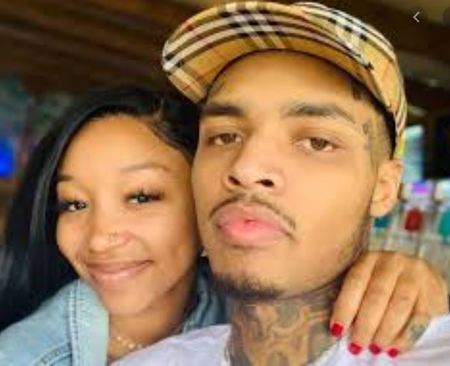 Zonnique Pullins with her current boyfriend. SOURCE: Celebrity Insider
The R&B artist is still cruising her love-life with the rapper. They can be seen attending several photoshoots and modeling gigs together. Both of them are quite socially active and often share a lot of pictures of one another on their social media handles.

Before that, in February 2018, the rumors regarding Zonnique's pregnancy surfaced in the media after the singer announced she was pregnant with a child via Instagram. 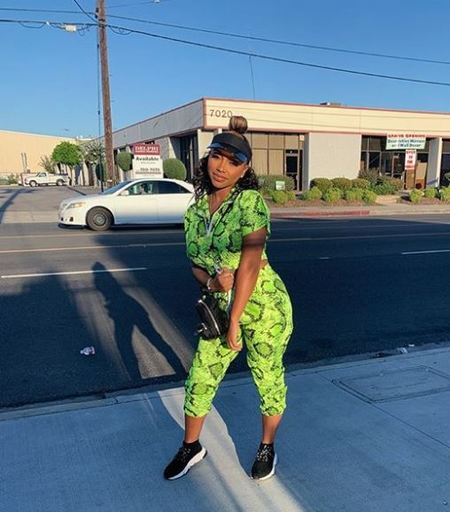 The flame of gossips got enlarged when she appeared in a cute top that showed off her back and a bit of belly.

Concerning the incident, she spilled out the deal in an interview, in which she revealed that it was a prank rather than getting pregnant. Moreover, she mentioned that her dog, who was no lesser than a child, was named Whiskey.

Zonnique was born on the 20th of March, 1996. She was raised in Georgia, the United States by her parents Tameka Cottle(Mother) and Zonnie Pullins(Father).

The singer has a big family consisting of parents and six other siblings. She has four brothers Messiah, Major, King, and Domani and two step-sisters namely Deyjah and Heiress. 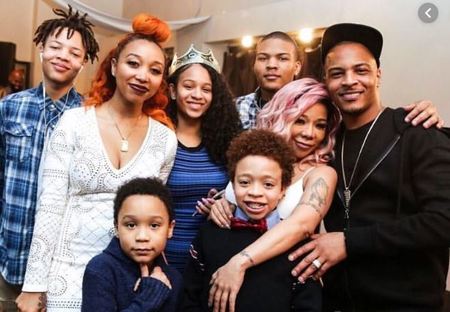 Zonnique Pullins with her family at the Harris family celebration. SOURCE: Pinterest

There is no information about Pullins'  parents' divorce but the siblings seem to have a good relationship with each other.

All of the six siblings are reality stars and have appeared on the VH1 reality series T.I. & Tiny: The Family Hustle. As for Zonnique, she maintains a close relationship with her step-father Clifford Joseph Harris Jr., aka T.I.

Zonnique is a singer and a television personality. It is needless to say that such an Internet presence and jobs have helped her financially and money is the least of her problems. She is the former member of the band OMG Girlz and has appeared in shows like T.I. And Tiny: The family hustle (from 2011 to 2017).

Moving on, she also starred in the Television Show Growing Up Hip Hop: Atlanta(2017). She worked alongside stars Bow Wow, Da Brat, and many other artists. Her solo career in music is not lagging behind though. She is behind the famous song Pretty Hustle that stormed the internet. With all these achievements, she enjoys an estimated net worth of $100,000 according to 2019 statistics.