Home Article "The Big Bang Theory" Star Johnny Galecki Finally Revealed Baby's Gender; The Soon-to be Father and his Girlfriend Alaina Meyer are So Excited About Their Baby.

"The Big Bang Theory" Star Johnny Galecki Finally Revealed Baby's Gender; The Soon-to be Father and his Girlfriend Alaina Meyer are So Excited About Their Baby. 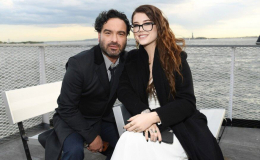 "Love is hard to find, hard to keep, and hard to protect."American actor Johnny Galecki, renowned as Leonard Hofstadter the CBS sitcom The Big Bang Theory has a long list of relationship failures. Yes! you are hearing it right!

Moving on from all the bitter experiences, the Roseanne star has a good news to share with you all. He has already found the love of his life. Most importantly, Johnny Galecki is expecting a baby boy with his girlfriend Alaina Meyer who have been dating since September 2018. Just dive in the article below and get every single detail about the star and his personal life.

The Big Bang Theory star Johnny Galecki and his model girlfriend Alaina Meyer declared the sex of their first baby during a messy gender reveal party.

The pair organized a paint party inviting their family and friends. Revealing the baby's gender, Galecki posted an image of the pair sharing a paint-covered kiss via Instagram. He captioned, "A day I'll never forget."

His girlfriend, Meyer, 22 also shared a video of the day on her Instagram stories and wrote,

"To those who voted boy you were right!"

The proud father announced that he's going to be a dad later the year 2019 on 3rd May. He wrote on an Instagram post,

"We are absolutely over the moon to announce that we will soon be welcoming a little one into this crazy and wonderful world. We ask that you please respect our privacy during this celebratory time for us and our families."

The lovebirds who started dating in September 2018 made their relationship red-carpet official at the People's Choice Awards two months later in November.

I can not wait to raise a baby boy with my love. He will follow in his fathers footsteps of being a generous, loving, chivalrous fellow

So, let's congratulate the lovely couple for the good news!

You may not believe the fact that Galecki has a long list of ladies who fell in love with him. He dated his co-star Sara Gilbert from 1992-1993 when they performed as an 0n-screen couple on Roseanne.

Staying single for some years he dated actress Laura Harris in 1996, however, the couple couldn't take things so far as they broke up after two years of romance. Some of the famous names including Ari Graynor, Kelsey Harper, Kelli Garner, Katie Waissel, and Ariella Nicole also mark themselves who proudly dated the famous star for some time duration.

So happy to announce that we are having a baby! There couldn’t be a better blessing in the world for us and we are over the moon happy. We appreciate as much privacy in this time as we are celebrating with close friends and family, and we are happy to share the news with you.

"It was such a huge part of my life and no one knew about it. It was a wonderful relationship but we never spoke a word about it and never went anywhere together. We were so protective of ourselves and the show and didn't want anything to ruin that. ... We knew how to keep it deep inside and never bring it on that set, ever."

"That's not the kind of relationship I want. I don't want to be hiding. We couldn't do anything. It wasn't as fun as we wanted it to be. Everyone was always asking, and we deny-deny-denied. And I'm like, 'Why am I denying this person that I love?' It took a little bit of a toll on me and I think it did for him, too."

In the same way, Galecki also felt free talking about his ex and their secret romance. He said,

"I just don't like to speak about it. And not because I'm trying to be enigmatic; I just worry that it will conflict with people's acceptance of [Big Bang Theory characters] Leonard and Penny. I get the curiosity, but I don't want to distract from the story."

Though the former pair have already moved on in their life, they remained in good terms. 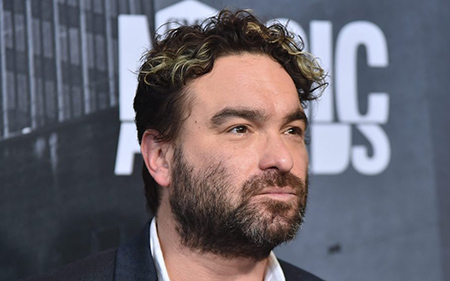