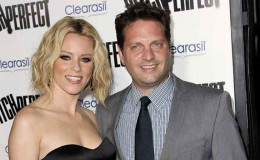 Elizabeth Banks belongs to the fortunate minority who ended up exchanging wedding vows with her college boyfriend. After an affair that lasted for years, the duo decided to take their relationship to the next level - a marriage which was inevitable and long overdue by then.

College sweethearts are usually not made for the long haul. They often tend to depart before they can embrace each other as life partners. However, there's a sense of destiny attached to it when two people continue to be in love even after graduation.

Elizabeth Banks belongs to the fortunate minority who ended up exchanging wedding vows with her college boyfriend. After an affair that lasted for years, the duo decided to take their relationship to the next level - a marriage which was inevitable and long overdue by then.

Elizabeth Banks is married to her husband Max Handelman. Max is a sportswriter and blogger. The couple tied the knot in 2003. 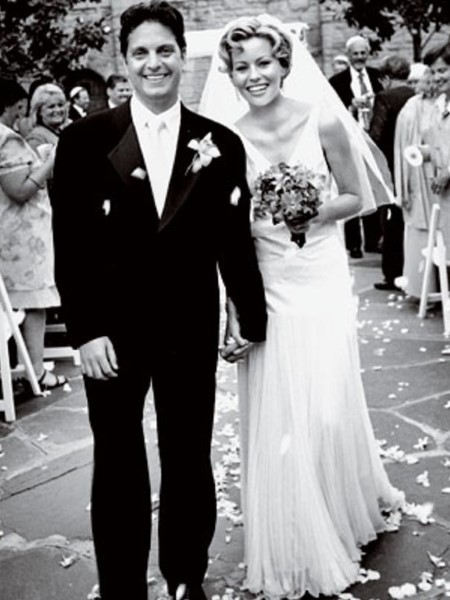 Elizabeth Banks and Max Handelman during their wedding
Source: In Style

The pair first met on their first day at the University of Pennsylvania. Ten years later, Max unexpectedly proposed to Elizabeth. Banks said:

"He said that after 10 years, he owed it to me to completely surprise me."

Banks walked down the aisle at the Greystone Mansion in Beverly Hills on 5th July 2003. She wore an off-white silk-chiffon Christian Dior gown and a veil handmade by her mother.

There were 180 guests in attendance who got the taste of Krispy Kreme doughnuts and the three-tier chocolate-and-vanilla cake, garnished with fresh orchids. The wedding was sealed by reading letters from their first year of dating instead of conventional vows.

The subsequent reception was held at the W Hotel in Westwood for a laid-back party. Banks said they wanted to have a blowout while ensuring they created a romantic yet modern affair. The couple's first dance was to the duet "Your Precious Love" by Marvin Gaye-Tammi Terrell.

The couple shares two cute children. They welcomed their first child, a son named Felix Handelman in March 2011. Their second son, Magnus Handelman was born in November 2012. Both were born through a surrogate. 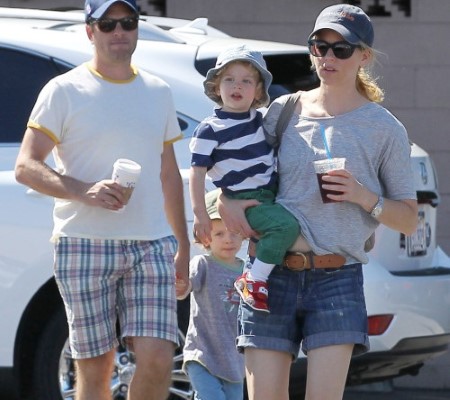 Banks and Handelman decided to adopt gestational surrogacy after Banks failed in her attempts to become a mother for years.

After welcoming her second son Magnus, Banks spoke about her decision to give birth via a surrogate mother. Speaking to the US Magazine, the actress said:

"It was a womb issue for me. Embryos wouldn't implant."

"It's a big leap, inviting this person into your life to do this amazing, important thing for you. And it's hard losing that kind of control. But our surrogate is so extraordinary, and she's still in our lives. She's like an auntie."

Elizabeth continued, it helped the fact that other moms had said once they had their babies, they forgot they were ever pregnant. Thus, once the focus was the baby and not the pregnancy, Banks claimed it was an easy decision for her.

Elizabeth Banks Talked About Love And Lust In Her Marriage

A married relationship that has lasted for well over a decade - Elizabeth claims she did not always have it planned out. 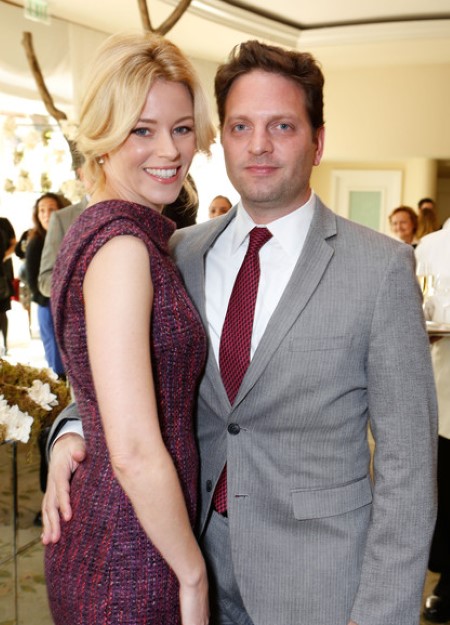 During an interview with Allure, Banks recalled the day she met Max. The actress said:

Banks and Handelman, the couple who founded Brownstone Production company responsible for Pitch Perfect, had enjoyed a long road from college fling to marital bliss. Despite outside temptations, their love did not deter.

"Really, what happened was I’ve never met anyone that I liked more. In the early years, did I have crushes or little interests here and there? I know my husband did, and so did I, but we stayed together."

This delightful duo currently resides in Los Angeles with their two beautiful kids. It remains to be seen if/when they decide to expand their family with further bundles of joy. 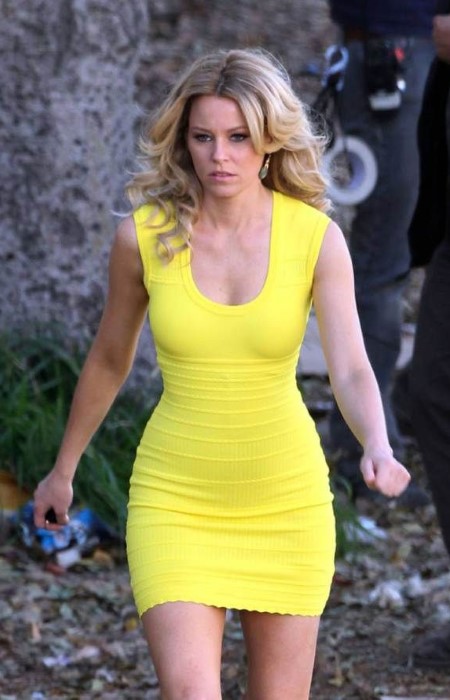