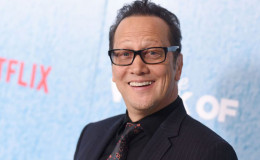 Rob Schneider is an American actor, and comedian, who first came to limelight as a stand-up comic and veteran of the NBC sketch comedy series Saturday Night Live.

The director of Big Stan's life isn't so perfect as on screen. He had a troubled married life before he found the right for himself. Let's take a ride in the American actor Rob Schneider's married relationship including his past affairs.

The American actor Rob Scheider is a married man. He tied the knot with his longtime girlfriend and now wife, Patricia Azarcoya Schneider on April 23, 2011.

Born to Mexican parents, actress Patricia started her journey as a model and became an iconic figure on-screen.

Initially, the chemistry between the lovely couple went all fine as they often traveled to various places. They enjoyed their company which turned a lot of heads as they became husband-wife goals.

Recommended: Meet Adam Sandler's Wife Jackie Sandler. Know about her Career, net worth and Relationship with the Husband

Even more, love between them grew stronger after the pair together welcomed their first daughter; Miranda Scarlett in 2012. Moreover, the couple bond became even stronger after the birth of their second girl; Madeline Robbie Schneider in 2016.

#Repost @iampatriciamaya with @get_repost ··· Happy Birthday to my love @iamrobschneider Thanks for making me laugh every single day!!!! I LOVE YOU, Mi AMOR!!

Despite all that lovey-dovey, many people had a different opinion regarding his second marriage. And all because his second wife is around half her age.

She is currently 30-years of age. She is a Mexican born and is also a producer. Her work includes producing Real Rob.

Be that as it may, the lovebirds are happily enjoying their married life. Also, there are no controversies and extramarital-affairs outside the duo's personal life.

Rob has his shares of affairs before he got hitched to his wife Patricia. Rob remained in a relationship with many other women in his life. 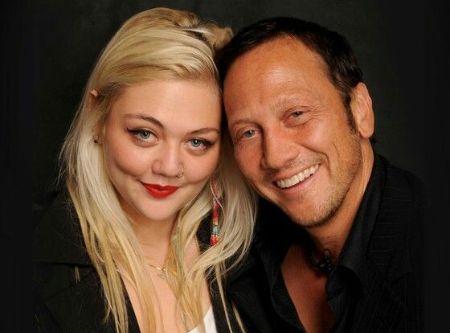 Above all, Rob married his first wife London King in 1988. The actor shared an angelic baby, Elle King back in 1989, who now became one of the most reputed figures in the music industry. As for Rob's relationship with London, came to an unfortunate end after some unrevealed misunderstandings in 1990.

Also, Read: Elle King chooses Eagles of Death Metal Concert over British Boyfriend Fergie, "Skipped out on my wedding. I married Rock&Roll instead......."

Nonetheless, after his divorce with London, Rob subsequently dated Julia Sweeney between 1991. Their romance couldn't hold longer as the duo parted their ways in 1994.

Furthermore, Rob married an American singer and actress Helena Schneider in 2002. Like his past relationship, Ros's romance with Helena ended after the duo divorce and parted their ways.

You May Like: Elle King And Husband Getting Divorce After Secretly Marrying In 2016. 'My soul aches, I am lost'

As time went by, the family became important to the actor after his consecutive failed relationship. And as lucky he can get, Rob happily lives with his wife Patricia along with their daughters. 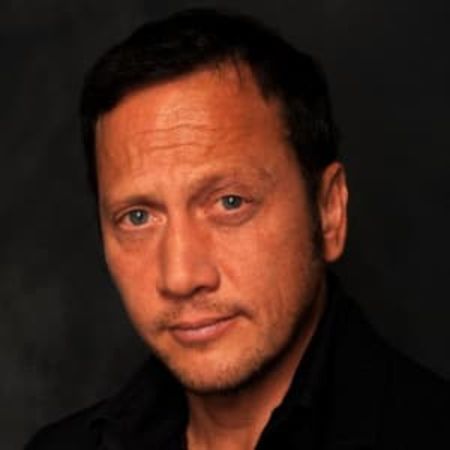 Stay tuned to Marriedwiki.com/article for interesting gossips and entertainment!!!