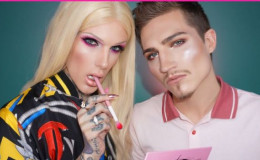 American musician, businessman, and YouTuber, Jeffree Star is known for his self-titled YouTube channel owing over 15 million subscribers. Regardless of his career, the owner of Jeffree Star Cosmetics remained in an openly gay relationship.

The 33-years-old makeup artist Jeffree  Star currently relishes a relationship with a same-sex boyfriend. Together for years, the couple is questioned about their strange relationship. Let's take a ride in Jeffree Star's relationship with his boyfriend including his cosmetics.

The multi-millionaire Jeffree Star currently enjoys a gay-relationship with Nathan Schwandt. Reportedly the duo enjoys a beautiful relationship as a partner since 2015.

WE GOT A NEW PUPPY!!!! This is the 6th member of the Star Family and he’s such a little badass! Those eyebrows??? Iconic! We just uploaded a new video, come meet him!!! Link in my bio!

It's been a while since the YouTube star, Jeffree started leaving traces about his sign of sexuality. Later, the makeup artist made it official about his relationship with partner Nathan. Most importantly, Nathan clears up all the enthusiasm, flying all the way to Los Angeles to meet Jeffree.

Recommended: American actor Will Estes, 38, is still single: No girlfriend or a wife: Rumored to be a gay

Well, the estranged couple is often questioned about their same-sex relationship. Yet they are mum about their relations with no signs of getting hitched together anywhere soon.

Nevertheless, in a video the YouTuber published, the couple mentioned that they met each other via Instagram. Above all, they even answered about who went to approach first where Nathan admits that it was him to make the first move.

As of 2018, Jeffree and Nathan enjoy three years of a happy relationship with each other. Yet, there are some controversies relating their relations aroused in between the timeframe they got engaged.

Nevertheless, they indeed live a very adorable relationship with Nathan and Jeffree helping each other personally and professionally.

Jeffree Star name often pops up whenever any gossipy tidbits regarding the cosmetic products are made. Surprisingly, the YouTuber Jeffree manages his sole e-commerce make-up brand, Jeffree Star Cosmetics.

Back in 2014, Jeffree founded his own e-commerce makeup brand using his life savings. Initially, through the brand, Jeffree launched cosmetic products that included velour liquid lipsticks. It followed the production of highlighter, lib scrubs, eyeshadow palettes, clothing, and accessories.

You May Like: Dwight Eubanks Engaged to a girl despite being Gay: Did he Married his Fiance?

Gradually his products made enormous sales, and later its ship rocketed in the market after the opening of his first physical Jeffree Star Cosmetics store. Well, Jeffree opened the store on August 11, 2018, at Westfield Garden State Plaza in Paramus, New Jersey.

Be that as it may, Jeffree is the sole right person of his youtube channel Jeffree Star that garnered more than 12 million subscribers with more than 1.3 billion views. Above all, he popularizes his products on his YouTube account that surely adds up to his earnings.

This video idea is important and I find it funny how brands are afraid to expose the $$$ they pay influencers but it's advertising. Just like Pepsi paying to be in a movie.. But makeup companies want it to be a secret. WHY? This brand offered me $165,000 to use their new product.

Surprisingly, he makes more than $150 million annually through his channels, brands, and endorsements. Likewise, recently Jeffree tweeted, a brand offered to pay him $165 thousand for using their product. Well, this surely left you in awe as it made me! 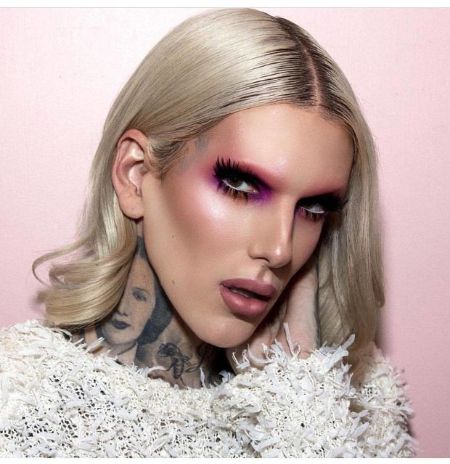