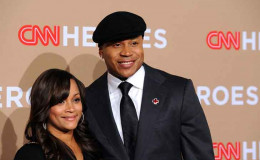 Not often teenage love carries the legs to go the distance. More often than not the couple ends up departing as they approach being full-fledged adults. However, when their love keeps blossoming as they grow older - there's a sense of destiny attached to it.

LL Cool J bumped into the love of his life when they were merely teens. The couple who appear genuine soulmates are together for over two decades.

LL Cool J is married to his wife Simone Smith. The couple tied the knot in 1995. 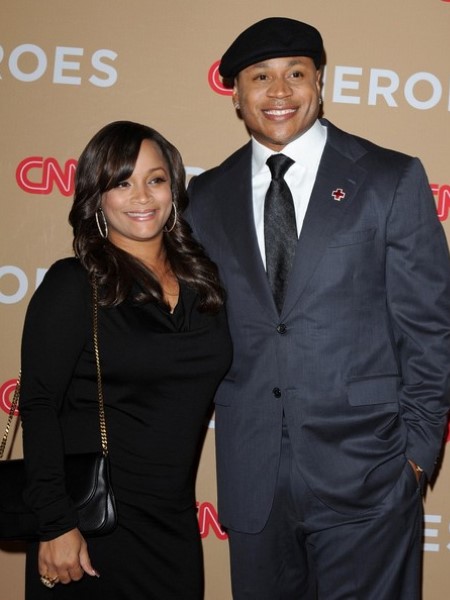 Smith first met J when he was 19. She was, in fact, the cousin of one of LL's friends. Speaking to Jimmy Kimmel, the rapper said:

"I was just 19, something like that. It was Easter and I was driving down the block in my mother’s car. He stopped the car to greet his friend, who said, “Hey, you wanna meet my cousin?” “I looked over and said ‘Oh yeah, I’ll meet your cousin.'"

As they started dating, LL had to go on tour. He informed her he'd be out of town for eight weeks and he did not want her to be with anybody else. The rapper added if she wanted to date someone else at the time maybe they should just be friends till he gets back.

Speaking to VH1, Simone claims she responded with:

"I’m not gonna date anybody else, you’re my boyfriend."

In an interview with Kate Couric, Smith revealed everybody tends to call her husband LL except her who refers to him as "Todd" which is his actual name.

LL has hosted the Grammys on numerous occasions. Smith once told City TV what she says to him before the awards show - "I just tell him to go ahead and kill it." 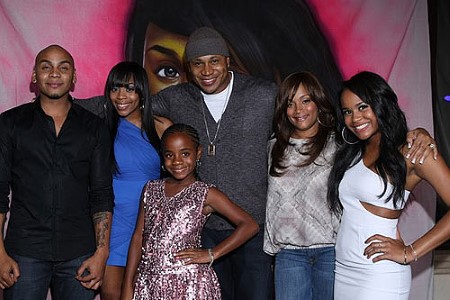 Speaking of her family, Smith said:

"We are a family who believes in working hard and pursuing our dreams."

During an interview with Ambition Blues, Simone revealed the secrets to being a successful mother and wife. She said:

"My marriage and my kids definitely come first, you know? I make time for my kids…I do the regular things that moms do.

"I run my house, I drive my kids to school, and I have a great support system. It’s definitely important to me and my husband to have ‘Mommy-Daddy time.’ We do the movies, we go to dinner, but we also do family things with the kids as well."

A loving mother and a brilliant wife, things weren't always easy for Smith. Back in 2004, she was she was diagnosed with a rare form of cancer called stage III chondrosarcoma.

Also See: Learn about seven most common cancer found in women and also know about the treatments

Simone had a chondrosarcoma tumor in her tibia bone. She later had a microvascular reconstructive surgery. Her tibia bones were removed and replaced with her fibular bone from her left leg.

The subsequent rehabilitation took 2 and a half years as she learned to walk again.

Speaking to BlackDoctor.org, Smith revealed prayer was a big part of her recovery process. She said:

"I fought through it, so I was a little depressed for like about…two weeks…but my grandmother called me up and told me, ‘You better not be depressed and get prayed up for those doctors who are doing this surgery on you and you’re gonna beat this.’"

"So I prayed to God and since then my test results have been great.”

Talking to Oprah Winfrey, LL revealed he was by Simone's side throughout. The rapper claimed, he made some decisions professionally and decided to be by his wife's side more during that period.

In his memoir I Make My Own Rules, LL explained how his proposal went down. He turned down the volume of the car radio before he popped the question.

The rapper said it was not romantic and he did not get down on one knee with a ring nor had a poem. However, whatever he said LL claims he said from his heart.

The couple soon exchanged their wedding vows and celebrated their honeymoon. Upon their return, Simone watched her husband's music video for "Doin' It".

During an interview, Smith revealed:

"I just remember we came back from our honeymoon and popped the video in and I’m like, “What the hell is this?"

"And you know what? I didn’t talk to him for two weeks. I was mad. I was so upset over that video because I just felt like we’re married. I understand you’re a sex symbol and yes, you’re sexy. That’s one of the reasons why I married you, because you’re sexy. But at the same time, now that you’re married, there should be some limitations."

Although the couple had differing perceptions in certain matters, there's no doubting the amazing chemistry they have carried for over two decades. In fact, the entire family couldn't look more adorable together! 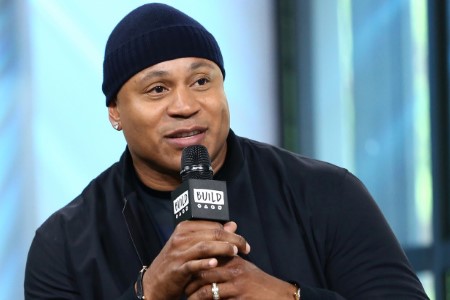