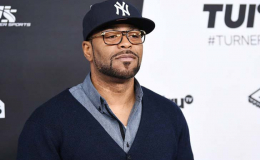 American rapper, record producer and actor Method Man is best known for his versatile skills as he's entertained his fans with his songs and acting skill. Besides his talent, he is known among fans and media to keep his personal life far from the outside world.

Yes! you people are hearing it right! He quit social media just to protect his personal life. As the father-of-three is a perfect family man, let's know some details about Method Man's wife, children and, family life.

Who is Method Man's Wife Tamika Smith? Know Details About Their Children

Like most loving and caring husbands, Clifford M. Smith aka Method Man is ultra-secretive about his wife. 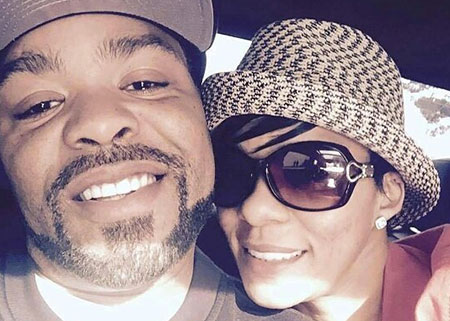 Wu-Tang Clan rapper Method Man furiously quit social media platform after a private image of him and his wife surfaced on Twitter.

"God-Made Millionaire" Farah Gray posted the rare image of the duo on 26th July. He asked Gray to remove the image urgently. In a series of now-deleted Twitter posts, he wrote,

"I guess follows n likes are more important than tastefulness and decency.. Smh. I’m done with social media until further notice… I’ve lost faith in human decency and I will not feed the trolls any longer. F**k u all."

After Method poured his anger on the news media, Farrah Gray removed his post later on.

As it's pretty clear that Method is so protective about his personal life, one can barely drag details about him, his wife and children. 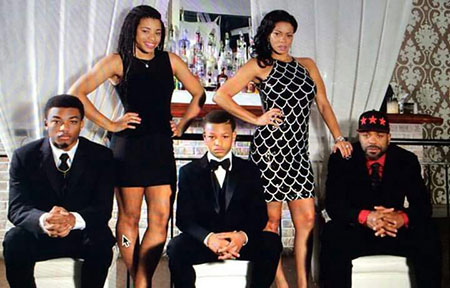 Method Man with his Wife Tamika Smith and their Children.
SOURCE: Pinterest

He became engaged to his future wife Tamika Smith in 1999. The lovebirds tied the knot two years later in 2001.

Tamika previously worked as Meth's personal assistant between 1997 and 2002. Also, she worked with "adults with physical and/or learning disabilities".

She writes on her page:

I’m a wife and mother of three teenagers. I am the owner of a small business in the beauty industry. Currently, I’m taking a course in entrepreneurship at the College of Staten Island.

I’m also in pursuit of earning my Associates degree in business management/ administration.

On my free time, I like to workout, study real estate, watch football or hang out with my family. I also like to dance, eat a good meal and I always enjoy a good laugh. I’m looking forward to meeting new people and making new connections.

The pair is blessed with three kids; two sons Sha Smith and Rae Smith and a daughter Cheyenne Smith.

Let's move on below to know more about the relationship between Method and his darling wife.

Tamika Smith Is a Cancer Survivor

Farrah is not the first person to mess with Meth over the privacy issues of his wife as the talk show host, Wendy Williams is also in the list.

Williams announced publicly that Smith had been battling breast cancer in 2006. This revelation angered Meth as some of their closest friends didn't know about the diagnosis. 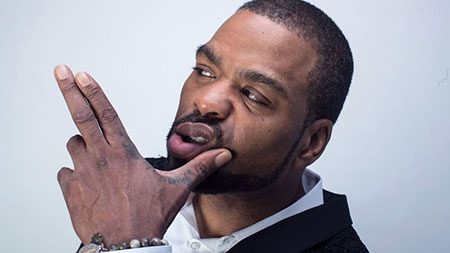 "My wife is one of the strongest people on the planet. I just want to make Wendy Williams aware of exactly what it felt like to be sitting in that hospital room, watching them pump this poison into the one you love."

Later, Williams said that opening up the cancer diagnosis about his wife caused problems in the relationship of him with his wife. Further, she claimed hat Meth was having an affair with Tamika's doctor.

Here's Method Man dissing Wendy Williams for what she did:

Meth responded to what Williams said about him,

"You don’t do that to nobody … I was ready. I was so mad, I was crying right there and I’m like I’m gonna kill some f**king body and these [Wu Tang friends] kept me in there, kept me in L.A."

Meanwhile, it's a known fact that Tanika has proudly fought her cancer battle. The lovebirds is living a private and happy life with their children.