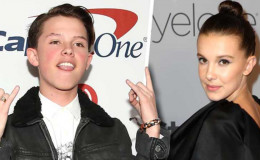 You people might be aware of Jacob Sartorius cheating rumors. With the most disturbing news breaking the media, fans are looking whether Millie Bobby Brown and her musician boyfriend are still together or not.

Millie Bobby Brown has deleted all the traces of Jacob's images but it simply doesn't mean they have certainly broken up. Let's get details about their love story and break up rumors.

Millie Bobby Brown has deleted all the Instagram posts with her boyfriend Jacob Sartorius. It simply reflects that the two are no more together but the fact is still a mystery.

Things started when the Sweetheart singer asked a girl to send him nude photos of herself on Snapchat. A girl with a Twitter account named '@rafaruls' made the incident public. 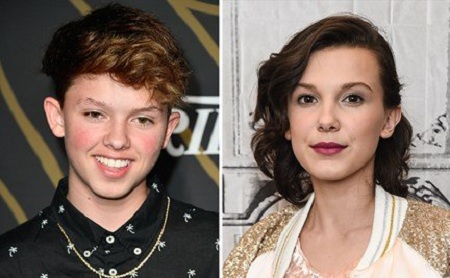 She revealed how Jacob met her friend at first when he was in London and how he asked her to send 'full nudes'.

"So @jacobsartorius was in London today, he saw my bestie and started hitting her up. He told her to message her at night. When she did he asking for full nudes and said that he would talk to her every day in return. Bc my bestie isn't that stupid, she didn't. Now he airing #NOTOKAY."

The girl, however, came back and posted,

"Guys, it was all fake I just wanted some media attention and more followers. Sorry."

Sartorius fans soon believed the story was nothing but a publicity stunt, soon another story surfaced in the media.

Sartorius even asked 'By Your Aide' music video co-star Morgan Cryer to send him nude photos in past.

This time the breakup rumors of the two are flying around the media but fans got a surprise when Brown posted a beautiful image of the two on 16th April.

Millie and Jacob are yet to make comment on the matter but the recent post has reflected on the fact that they are still together. And a leading media channel on YouTube has also claimed the duo is still dating.

Stranger Things' Millie Bobby Brown Relationship With Jacob Sartorius; How It All Started?

The 14-year-old starlet was first linked to her musician boyfriend Jacob back in October 2017. Sartorius rose to fame posting lip-sync videos on musical.ly.

He released his single debut Sweetheart in 2016 becoming the 9th most searched musician of 2016. 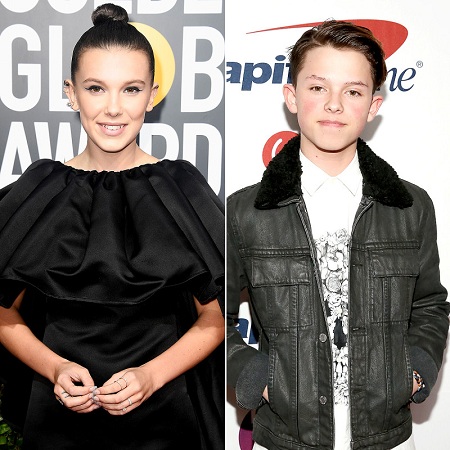 As per some sources, the pair has regularly been spending holidays together. They also celebrated New Year's Eve together with Brown's family at Walt Disney in Florida.

She confirmed her love life with Sartorius on the Valentine's Day 2018 sharing a snap of the two with their foreheads together.

While celebrating the Stranger Thing star's 14th birthday on 19th February this year, the pair exchanged 'I love you's'.

The singer and songwriter tweeted,

"Happy birthday to this beautiful girl, 14!!"

"you’re the funniest, most caring person in the entire world. I hope this year brings you lots of great memories and moments you remember forever. Can’t wait to see you, I love you and miss you so much!! @milliebbrown."

'love you so much x thanks J! see you very soon'.

Well, the two are back together despite all the rumors and stronger than ever.

Millie Bobby Brown: All Set To rising In Her Career

Millie Brown has stunned everyone with her outstanding performance in the Netflix science fiction drama series Stranger Things alongside David Harbour, Gaten Matarazzo, and Natalia Dyer.

She won the heart of many of her fans with her debut performance as Young Alice in the ABC fantasy drama series Once Upon a Time in Wonderland.

shoot for the stars

In 2014, she amazed everyone playing a starring role in the BBC America paranormal drama-thriller series Intruders.

Among all, we simply cannot neglect her performances in NCIS, the ABC sitcom Modern Family, and Grey's Anatomy.

Apart from movie and TV series, she has also performed her best in the music video for Sigma and Birdy's single 'Find Me' in November 2016.

Her fans are waiting to see her in her feature film debut in the Godzilla sequel, Godzilla: King of the Monsters to be released on 22 March 2019.

In January 2018, she produced and starred the film adaptation of the Enola Holmes Mysteries book. 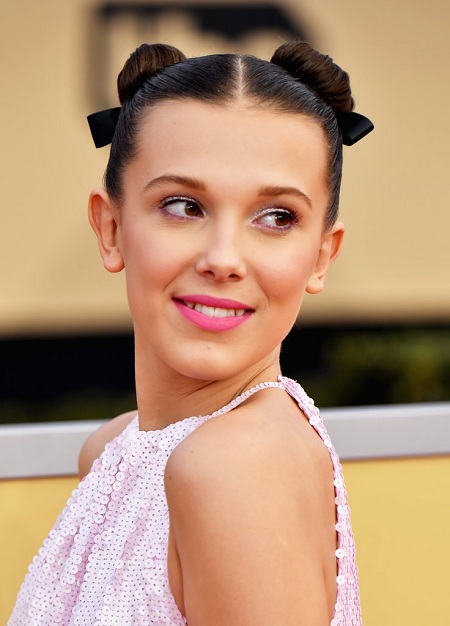