Famous as an Instagram star, Paris Roxanne is an American model who rose to fame from her work on websites like Playboy, TheChive, and Maxim.

The model was once a victim of catfishing which terrified her at the time. She is currently dating American singer and songwriter Don McLean who is quite older than her. Is their relationship going well? Let's get into her personal life and know about the pair so far.

Is Paris Roxanne and Don McLean still Together?

Roxanne and her 73-year-old boyfriend are kindling their romantic relationship at the time. McLean received the support of his stunning model girlfriend Paris Dylan who has been displaying a ring recently midst performing in Beverly Hills, California.

In mid-2019, American Pie Singer and his 26-year-old model girlfriend Paris were spotted en route to the Saban Theater on 23rd March for his concert. Meanwhile, he sported sunglasses and checked his phone while waiting for a rid of Paris.

The model and singer made their first public appearance in 2018. However, she's been sharing snaps of him together for many years. They're united as a girlfriend-boyfriend after McLear's divorce to his second wife post 29 years of marriage. On 22 August 2019, Paris took a cozy picture of herself with Don McLean visiting Venice, Italy. Assuming her sales

Well, Paris Roxanne's relationship with Don McLean, 73, has made many people shocked with their 48-years of the age gap.

The duo first appeared on Paris's Instagram in November 2016. Speculations are they started dating around the same time but it is uncertain as to how they first met. 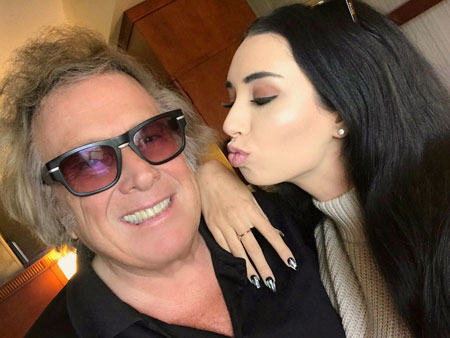 McLean divorced his wife of 29 years, Patrisha Shnier in 2016. He was arrested at his home for domestic violence against his wife Shnier.

Shnier said in her statement,

“For the first 10 years or so, his rage was unfathomably deep and very scary.”

On the other hand, Paris was hired to manage Don's social media. The model once uploaded a picture of her and Don while wearing a big diamond ring on her finger.

Upon asking, Don says don't let big diamond fool you and the relationship is strictly professional.

She says she is really into the '60s and 70's music as she refers to herself as "superfan" of Don McLean. She is the first woman McLean has been with after his divorce.

The two were recently abroad as McLean is promoting his upcoming spring tour. Paris shared several photos on her Instagram during the trip.

McLean and his much younger girlfriend Dylan, 24, looked beautiful together as they were spotted together exiting London hotel in March 2018.

Also Read: American Singer Garth Brook Married Twice; Is With Wife Trisha Yearwood Since 2005; What About Their Children And His Past Marriage

Their surprising romance is an example for many as they have crossed all the boundaries in their love life.

Paris changed her Twitter bio that read 'In love with my dog, 60s music, my dog, & @donmcleanonline'.

She posted an Instagram image with McLean celebrating his birthday on 2nd October 2018. Have a look:

Paris Roxanne and with her Boyfriend Don McLean.

"happy birthday my baby, my beauty, love of my life, my everything."

We are waiting to see the two getting married soon in the following days.

Paris was embroiled in a catfish scandal with the NBA player Chris Anderson back in days. The pair started their relationship when she pretended to be 21 when she was actually 17.

The duo began developing an online relationship exchanging messages and eventually got into sharing nude photos. The chat got into real life as they decided to catch up. 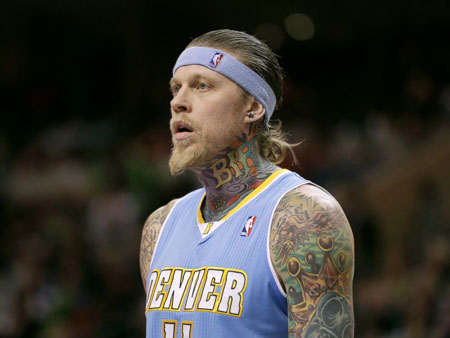 Paris was a victim of catfishing with Chris Anderson.
Source: ABC News

But in fact, it was all done by a catfisher who called himself Tom Taylor and claimed to be Anderson's best friend. After some days of their meeting, she told Chris that she was going to meet another pro-basketball player, he instantly became angry and aggressive.

Don't Miss: 72 Years Singer Dolly Parton In a Longtime Married Relationship With Husband Carl Thomas; Do They Share Any Children?

She received several threatening messages from Taylor to have her "raped, and murdered and thrown on the side of the street". Taylor also said that he was going to post all of her photos especially the nude ones along with her name, address, and phone number.

Taylor even sent a link that included the photos. After some investigations, it was found that the whole activity was done through a fake online account.

You May Like: American singer Trevor Jackson have no time for Dating a Girlfriend; Is he secretly Gay?

The address was tracked back to Shelly Chartier who was catfishing the two. Shelly even said that not only them but she had catfished several others as well.

Shelly was pleaded guilty to various charges of impersonation and making threats and was sentenced to 18 months in prison.

Some Interesting Facts of Paris Roxanne 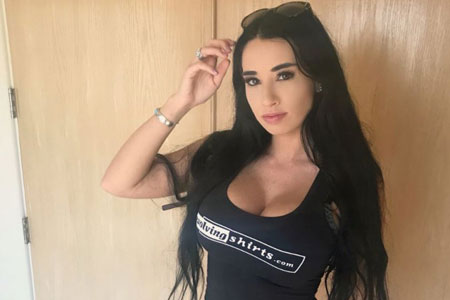