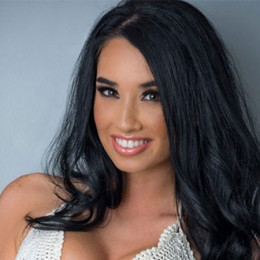 Paris Roxanne is a rising American model who gains massive popularity through social sites. She possesses huge online followers mainly on Instagram. But she became the center of the limelight for different reasons, on a few occasions, each strange in its own way.

Paris Roxanne, a 26-year-old model is in a love relationship with her boyfriend Don McLean. Her lover McLean is an American singer and songwriter. The two began dating in 2016 and since then they are together living happily.

Believe it or not, Roxanne is 47 years younger than her beau, McLean. Despite many years of age differences, they flaunt amazing chemistry and never lag behind showing their affection. They have been in a relationship for nearly five years. McLean stunned on Pari's Instagram in November of 2016.

Don receives the love and support of his stunning girlfriend, Paris who has been displaying a ring midst performing in Beverly Hills, California. The model and singer appeared on the PDA for the first time in 2018. Roxanne and her better half, McLean were said to bein a relationship post his divorce to the ex-wife.

Their romance became a hot topic as Paris' partner Don is almost three times (48 years) older than her. But they could care less regardless of what the others might think. 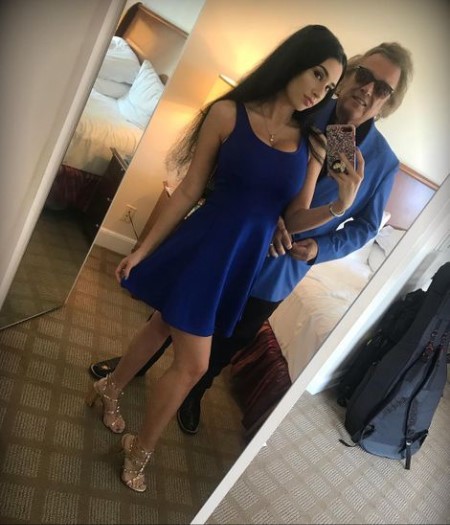 The duo's relationship delivers a message to the people around the globe that when you truly love someone age does not matter. Indeed! Moreover, they share a healthy bond and often posted on their respective social media.

Paris even congratulated her sweetheart Don on his 73rd birthday in October last year. She shared a picture with him with the caption:

"Happy Birthday my baby, beauty, love of my life, my everything"

The action speaks louder than words. But in this case, maybe both do.

The young lady is active and at the same time quite popular on social media. She uses Facebook, Twitter, and Instagram where she boasts 11K followers, 31K followers, and 449K followers respectively.

Previously her boyfriend Don was married twice. First, he tied the knot to producer Carol Sauvion which lasted from 1969-1976. Later with Patricia Shnier McLean from 1987 to 2016 with whom he shares two children, a daughter Jackie McLean and a son Wyatt McLean.

In 2011, she became a center of media attention when then 17-year-old Paris Roxxane began an online relationship with NBA player Chris Anderson. She even sent nude pictures to Chris through the text.

After the police intervened and investigated the matter. Ultimately, they discovered that it was actually a Canadian woman named Shelly Chartier who made a fake account of Paris and talked with the basketball player. The culprit revealed that she did that in order to get money out of Anderson. 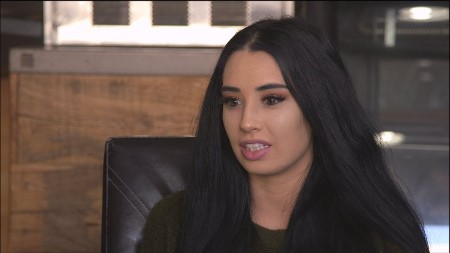 Paris Roxanne talking about her experience.

The accuser Shelly was sentenced with several frauds and sentenced to 18 months in prison. Paris even appeared in the 2017 episode of Catfish speaking about the incident.

How Much Is Paris Roxanne's Net Worth?

Paris Roxanne has an estimated net worth of $1 million. Through her aspiring modeling career and others, she managed to accumulate that wealth. Moreover, she makes an estimated amount of $1,337.25 - $2,228.75 per promotional post from her Instagram.

Happy birthday to the love of my life my Tiki. #chihuahua #birthdayboy

In addition, her beau, Don McLean is a well-known veteran musician. His net worth is $8 million (as of 2019). With the fame and fortune which she boasts no doubt that she lives a luxurious lifestyle.