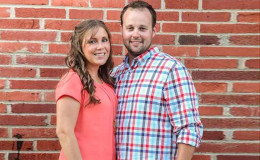 It's nearly been 3 years since the world came to know that 19 Kids and Counting star Josh Duggar cheated his wife Anna Duggar multiple times. The star was accused of using an online website for extramarital affairs, multiple sex scandals and abusive behaviors; all incidents that came in the light in 2015. Most marriage just destruct after learning just one of those cheats but fans are really amazed how's Anna still with her man?

It's nearly been 3 years since the world came to know that 19 Kids and Counting star Josh Duggar cheated his wife Anna Duggar multiple times. The star was accused of using an online website for extramarital affairs, multiple sex scandals and abusive behaviors.

All incidents came in the light in 2015. Most marriage just destruct after extra-marital affair enters their conjugal life but fans are really amazed how's Anna still with her man?

Following the major sex scandals, Anna, the mother of five stayed out of the media for some years but she's back on the track all again. She puts a regular update of her family life and shows how devoted she's in her life as a loving wife and mother.

The relationship of Josh Duggar and his wife Anna Duggar has been suffering trials and tribulations throughout their 9-years long marriage. Still, the pair seems to protect their relationship and rebuild their life together.

Josh, 30, the eldest of the Duggar family's 19 kids met his future wife, Anna at a Christian homeschooling convention in 2006. Anna and Josh started dating despite having ultra-conservative parents. 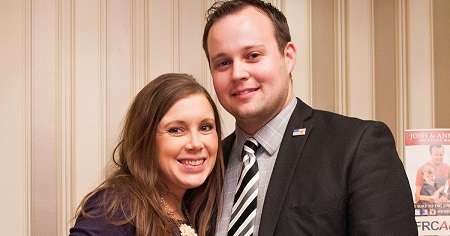 Josh Duggar and his wife Anna Duggar
Source: US Magazine

Two years later, they married on 26 September 2008 at Buford Grove Baptist Church in Hillard, Florida. The grand marriage ceremony was featured on season 2 of 19 Kids and Counting a year later the major event.

They have been living together in Washington D.C. where Josh worked as a lobbyist for the highly conservative and controversial Family Research Council.

Glad to be with @joshduggar on a U.S. Capitol tour tonight with #DavidBarton! #Wallbuilders @frcaction #DC

The pair was very delighted about their conjugal life. Josh, who was very happy with his life with Anna shared with People that he wants a big family:

"Married life has been great. It’s definitely quieter than being in a house with so many kids. When I go to the grocery store, it feels strange only having one shopping cart."

"I would welcome a big family. My parents have been wonderful examples."

"I would love to have as many children as God would bless us with. Growing up in a large family, and Joshua in a mega-family, you learn so much more. I think a large family helps you prepare for life."

Everything went at a perfect pace but things turned upside down when scandals rocked their married life in 2015.

The conservative reality TV star of TLC's 19 Kids and Counting was accused of cheating his wife using the Ashley Madison website; the site that aids extramarital affairs. Furthermore, the account said that he was looking for conventional sex, sex toys experiment, sex talk and more.

Ultimately, Josh admitted that he had a pornography addiction and had cheated his better half through an apologetic statement posted on the Duggar family website.

Weeks after revealing the fact, Josh spent some time in rehab for treatment purpose.

Following the major revelation, the couple maintained their personal life low profiled. Anna went silent on Instagram for a while when one after the other scandals broke out.

They even started seeing a marriage counselor to rebuild trust and maintain a healthy relationship. Trying to mend the bond, the duo is trying their best to make everything perfect.

It's hard to believe today is Mackynzie's 5th Birthday. What a precious gift she is to our little family! #19Kids

Anna shows herself very happy with her husband and kids on her recent Instagram posts, but her fans aren't very happy how she moved on with the same guy who cheated her.

Though Anna shows herself positive in her new life with Josh, a source close to her mentioned that she's 'not exactly happy'. The person said,

"And as someone who has met Josh multiple times, he’s not someone who seems like he’d be a whole lot of fun to be married too. He just stares at every girl he meets like she is an object for him to do something with. Most of the Duggar boys are very respectful and are good at keeping their eyes up — Josh has never been, and I know he was reprimanded a lot for his wandering eyes as a kid."

You can see the two seems elated being together, celebrating father's day together. But, has Anna really forgiven her husband? Have they moved on together?

Well, we all have the same question in our mind!

As per a report obtained by In Touch Weekly in May 2015, Josh's father Jim Bob Duggar was the one who reported the sexual harassment issue to the police in 2002 days after Josh himself confessed his deeds.

The police reported was hidden since 2006 and was accessed by the magazine through a Freedom of Information Act request.

As per the report, he molested five underage girls (four were his siblings) when he was just 14 and 15 years of age. Jim reported he learned that Josh touched the breast and genitals of his four sisters on multiple occasions while they were asleep and times when they were awake.

Jessa, one of the sisters he abused recently attended the 30th birthday party of Josh. As per the Instagram video posted by Anna, Jessa seemed sunny during the celebration while sister Jana, Jill, Jinger, and Joy-Anna didn't appear during the event.

His sister Jill revealed that she's one of the four girls abused by Josh while Jinger and Joy-Anna are believed to be the rest. Jill and Jessa spoke about the abuse in an interview with Megyn Kelly that aired on 5 June 2015.

Furthermore, he confessed to having multiple affairs. Pornographic actress Danica Dillon filed a case against Josh in November 2015. She claimed that Jost had "assaulted her to the point of causing her physical and emotional injuries".

The incident took place at a Philadelphia strip club. She sought $500,000 as a compensation from Duggar. Earlier in 2016, she admitted that she lied being with Duggar and she was forced to dismiss the lawsuit and never to file the same case again. 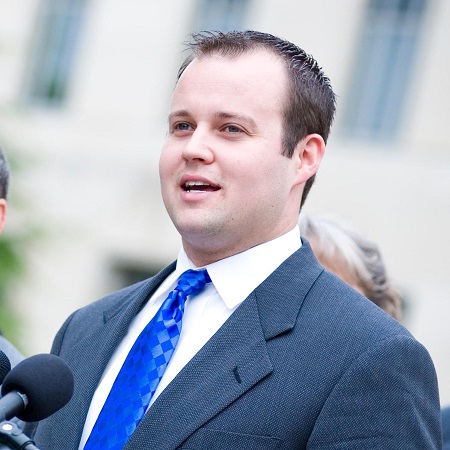