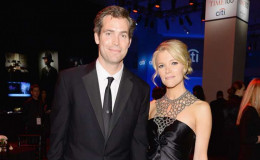 It did not take that long for the active journalist Megyn Kelly to move from her past relationship to the new one. Yes, Kelly is happily married to Douglas Brunt for eight years after she separated from Daniel Kendall in 2006.

She is an independent woman who is a journalist by profession known for her news channel on Fox Tv 'The Kelly File'.

Megyn is also a political commentator and a former attorney. The Time list 2014 voted her as one of the 100 Most Influential People in the World.

Megyn Kelly And Daniel Kendall's Married Life: Are They Still Together?

Megyn married Daniel Kendall, an anesthesiologist by profession on September 29, 2001. The duo first met at a Chicago Street Festival. It was just after 18 days of the terror attacks on September 11, 2001.

However, their relationship did not go well and the duo got a divorce in 2006. The pair does not have any children together. 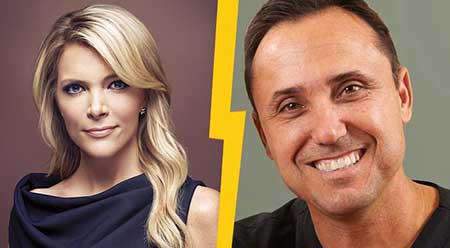 After their divorce, Kelly moved into a new home about 20 yards. Well, now both Kendall and Kelly are happily settled with their respective new spouse and families.

Megan is happily married to Douglas Brunt with their three children. Likewise, Kendall currently lives in a $2 million dollar home with his second wife and children.

Earlier in January 2019, she departed from NBC. More than three months later she was fired from the Today Show, she reunited with her former co-host Kathie Lee Gifford in Scottsdale, Arizona.

Megyn Kelly's Ex-husband Daniel Kendall Opened Up About Their Divorce

Kelly did not reveal anything about her divorce issues with Kendall but Daniel did not keep his mouth shut.

The ex-husband of Megyn Kelly- Daniel Kendall tells Dailymail why they could not keep up with their relationship.

“I can say with 100-percent certainty that I was completely faithful to Megyn,” Kendall told the Mail.

“When she made that comment about it not being in her current marriage it irritated me a bit because it seemed like she was suggesting it was me,” he added.

“I texted her at the time and she apologized. I think I was a good husband.”

The fact is, both were workaholics. Both worked for long hours, which left a long distance between the two resulting their split. Keeping everything aside, they are still good friends although they do not talk regularly.

Megyn and Douglas first met at a tapas bar in 2006. It was a blind date and after two years of dating, the duo married on March 1, 2008, at Oheka Castle, New York.

Megyn Kelly and Douglas Brunt together

The couple had their first child, Edward Yates Brunt in 2011. Soon they gave birth to daughter Yardley Evans Brunt and son Thatcher Bray Brunt in 2012 and 2013 respectively.

Over the years Megyn established herself as a great journalist with her own program on Fox TV 'The Kelly File'. Burnt has retired from his management and security consulting job to become a full-time writer and novelist.

Back in 2012, Megyn interviewed her husband Brunt on his novel 'Ghosts of Man-Hattan'.

Megyn is so much satisfied with her current life. Her twitter account also describes her profile as- Happily married to Doug, crazy in love with my children Yates, Yardley, and Thatcher, and anchor of The Kelly File on Fox News Channel.

Kelly and the 46-year-old Ghosts of Manhattan novelist were spotted together hand-in-hand in New York in April 2018. They were busy shopping at Free People and Nespresso in the SoHo neighborhood.

They looked so much in love!