The actor, best known for screening in Quantico, Jake McLaughlin is married to Stephanie McLaughlin.

The couple who tied the knot in 2004 has come a long way together. Eager to know about them? Scroll down to find out about the story behind the pair's blissful marriage!!

The Quantico star Jake and his wife of 15 years Stephanie tied the knot in 2004. The duo first met when Stephanie and some of her friends were playing the spotting-eye-candy game and "From then on, we were inseparable" said Stephanie.

The duo dated for a few years and finally, in 2004, they started their journey as husband and wife. Savages' star is married to his GF turned to a spouse, Stephanie for over fifteen years now. Jake is indeed a family man- he's a loving husband and a proud father of his kids.

The actor shares an amazing chemistry with his partner and assuming the love-Dovey relationship between them there's a fewer signs for the cupid to divorce in coming days. He prefers to spend quality time with his family in leisure. 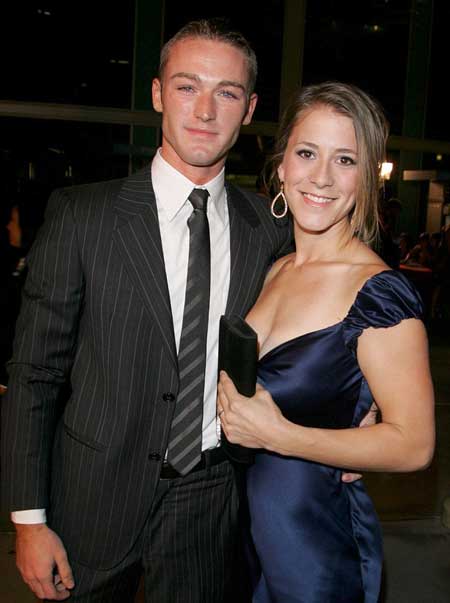 Jake and Stephanie are married since 2004.
Source: DailyMail

McLaughlin doesn't hesitate to show his affection towards his partner. And, he is one of those men that women would wish to have in their life.

Jake and Stephanie are blessed with four children. The couple welcomed their fourth child on February 20, 2017. Jake's co-star Priyanka Chopra first congratulated the McLaughlin family on her Twitter posting a picture of Stephanie. She holds her daughter with other of her children, daughters Rowan McLaughlin and Regan McLaughlin and big brother Logan McLaughlin surrounding their mother's bed in the hospital.

The actor was already married before getting into the whole Hollywood business. His former partner's identity has not been revealed yet. 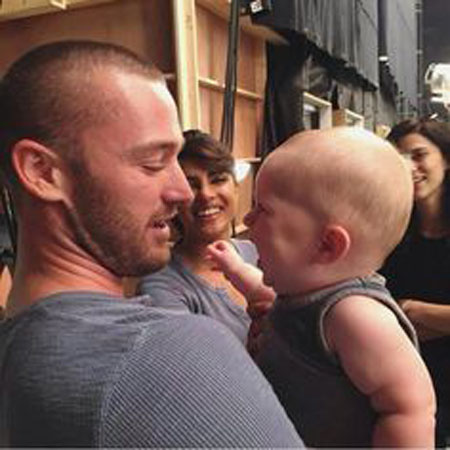 Jake brought his newborn daughter on the sets.
Source: Pinterest

The loving husband and a proud father Jake is living a blissful life. The family of five currently resides in Sacramento, California.

Turns out all 3 of my girls love riding dirt bikes! Who needs Maury Povich? I AM the father! #startemyoung

He is so dedicated and loving person as he introduces himself as "Father. Husband. Vet. Fisherman. Actor" in his Instagram profile.

Jake was in the military service in 2002 and served in the Army's 3rd Infantry Division and his unit was one of the first to enter Baghdad.

Discover: Know about the personal and Dating lifestyle of American actress Aunjanue Ellis; Find out if she is Dating a secret Boyfriend

During his serving in Iraq, he was critically injured and was forced to leave the military.

He then started working as a security guard at Universal Studios and heard about the casting session for the movie, In the Valley of Elah and auditioned for several parts. After the success of his first movie, he made small appearances in several movies including Cloverfield. 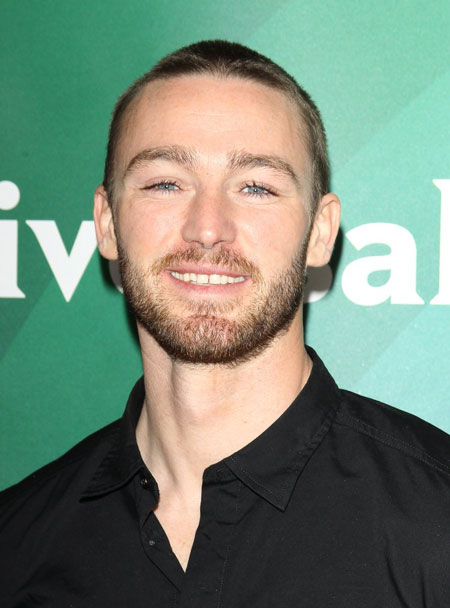