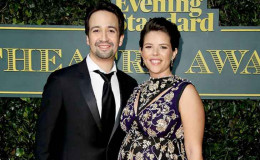 You often hear high school sweethearts embracing each other as life partners. On a slightly different scenario, there's also a possibility two high school friends falling in love years after graduation. This is something Lin-Manuel Miranda can definitely relate to.

You often hear high school sweethearts embracing each other as life partners. On a slightly different scenario, there's also a possibility two high school friends falling in love years after graduation. This is something Lin-Manuel Miranda can definitely relate to.

Miranda is currently enjoying a blissful marital relationship that is nearing a decade of togetherness. The love story that began it all is intriguing, to say the least.

Lin-Manuel Miranda is married to his wife named Vanessa Nadal. The couple tied the knot on 5th September 2010 in Upstate New York.

A chorus of Broadway singers sang at the wedding ceremony. Moreover, the reception had a 22-piece orchestra performing. 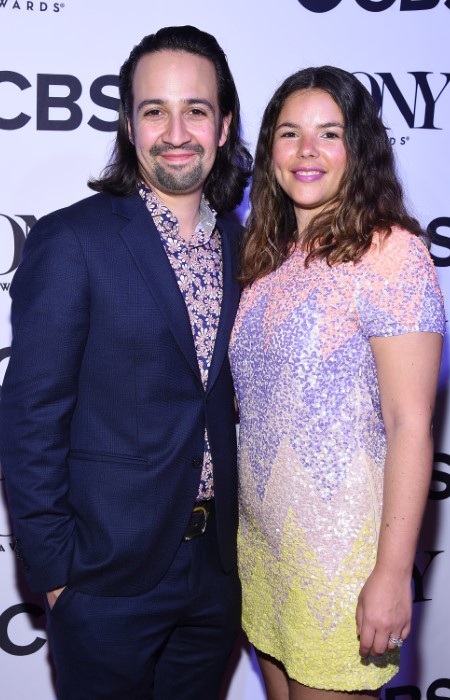 It was reported Miranda surprised Nadal as he, friends, and family rehearsed in secret. They created an elaborate song and dance number based on To Life, the famous song from Fiddler on the Roof. You can watch it below:

The couple shares two children together. Their first child, a son named Sebastian Miranda was born on 10th November 2014. Miranda was preparing for Hamilton’s theatrical debut at The Public Theater at the time.

[The screams reach a frenzied pitch. SEBASTIAN MIRANDA enters. He is 7 pounds 10 ounces.]

End Of Act One. pic.twitter.com/qy2VUomSeB

The timing of Sebastian’s arrival had many Hamilton fans wondering if Dear Theodosia was inspired by him. It's the song where Hamilton and Burr sing to their newborn children.

However, Nadal confirmed in a piece by Fordham News that she wasn’t pregnant at the time the song was written. They had recently adopted a dog though.

Also, see: Catherine Bell Divorced In Good Terms With Husband, Is She Dating Anyone At Present?

Speaking to People, Miranda revealed his two years old son at the time knows two language English and Spanish and is on his way to learn the third. Lin-Manuel said:

"It’s adorable to see him sense who he’s talking to and translate. He’ll be like, ‘Leche?’ No, Milk?’ and that’s kind of incredible. He’s like a sponge and he’s got a smattering of German, too. My mother-in-law is Austrian, so he’s got one language up on me."

[The screams reach a delirious crescendo. FRANCISCO MIRANDA enters. He is 7 pounds and 13 ounces.]

The couple is enjoying a blissful married life. There have never been rumors of any extramarital affairs as the bond between this delightful duo is as strong as ever.

Lin-Manuel Miranda and Vanessa Nadal went to the same high school, Hunter College High School in the Upper East Side in New York City, where they got to know each other. 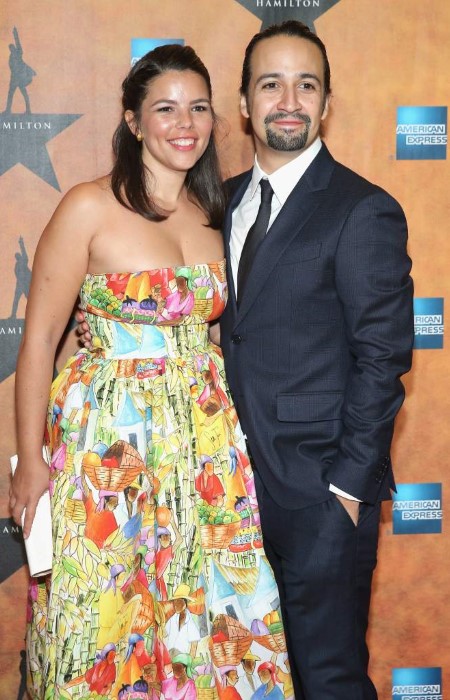 Miranda was two years senior to Nadal and he admitted he could never gather the courage to talk to her. Speaking to The Times in 2010, Lin-Manuel said:

"She was gorgeous, and I’m famously bad at talking to women I find attractive. I have a total lack of game."

The fact that the duo had a similar taste in games got them closer. He said:

"I very cooly said, ‘All right, you’re going to come over to my house tonight, and we’re going to play Grand Theft Auto and watch the Jay Z movie and listen to Marc Anthony."

Miranda was a struggling artist at the time who was writing his first Broadway musical In the Heights. He found Nadal on Facebook and sent her an invitation to see his comedy hip-hop show, Freestyle Love Supreme.

Don't Miss: Is Emma Barton Dating someone after divorcing First Husband? What is her Relationship status? Details of her Past and Current Affairs

"Two months later, at a big crowded party, he didn’t exactly say, “I love you” but almost. “At some point, we met up for a kiss and he said, ‘You love me.’ I was like: ‘How presumptuous!’ I was a little angry but I couldn’t deny it."

Nadal revealed, Miranda gets her in a way that no one else does. She claims to be a scientist at heart who tries very hard not to let her emotions cloud her judgments. She added, he sees through that and sees what she's really feeling. 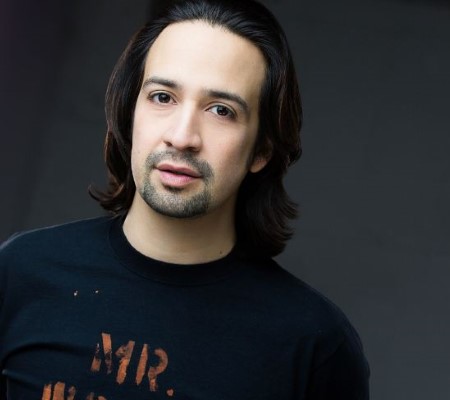 Source: The Net Worth Portal