The Satellite Awards winner, the gorgeous American actress, Sarah Wayne Callies is best known for her roles in the series The Prison Break and The Walking Dead.

Who says Hollywood marriage does not last long? Well, this actress has shown the world that getting fame does not affect the loved one.

Sarah is married to her husband Josh Winterhalt for more than 15 years and has been an inspiration to the couples in Hollywood. Wanna know more about their love life? Let's get into it.

Congrats to Sarah and Josh who is celebrating their 16 years of married life! (as of 2018).

The Prison Break fame actress tied the knot with her handsome husband, Josh Winterhalt in the year 2002 after dating for several months. The duo first met at Dartmouth.

Sarah with her husband of more than 15 years at the red carpet.
Source: Zimbio

The couple was blessed with a daughter named Keala Winterhalt who was born in July 2007 after five years of their marriage. The pair further decided to grow their family and adopted a boy named Oakes Wayne who was born in August 2013.

She wished her daughter Keala on her sweet 16th birthday on Instagram.

Not much information about the couple has been released officially but we can assume that the couple is living a blissful life with their children as they have been married for more than 15 years.

The Walking Dead actress is active on her Instagram and continuously updates about her daily life to her fans.

Wayne is busy with her schedule on her TV career and her last portrayal was on the TV series The Long Road Home as Leann Volesky. Not much information is about her personal life is cited anywhere and let us hope that this long-term couple stays together even more.

Callies' debuted her career by landing a role on CBS series Queens Supreme as Kate O'Malley.

One of her major roles was as Detective Jane Porter on the TV series Tarzan. She has made guest appearances in numerous TV shows including Law & Order: Special Victims Unit, NUMB3RS, and Dragnet.

Callies gained a starring role in Fox's show Prison Break where she portrayed the character of Sara Tancredi. Other than that she was cast in the major role in The Walking Dead in 2010.

Recommended: Is Prison Break's Dominic Purcell Dating someone after Divorcing Rebecca Williamson? Find out about his new Girlfriend

The 41-years-old actress is also the winner of several awards including Satellite Awards for the Best Cast-Television Series for her role in The Walking Dead and was nominated for two Satellite Awards and a Leo Awards. 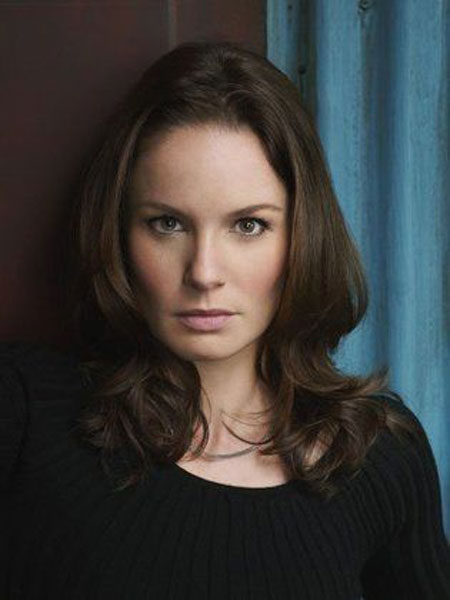