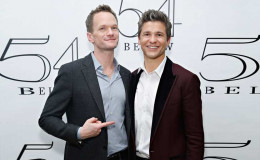 The 44 years old American actor Neil Patrick Harris is currently in a marital relationship with husband David Burtka. The couple has become parents of two twins Harper and Gideon. The family is living a happy life and share a strong bond.

Neil Patrick Harris is one of the few Hollywood celebrities to publicly confirm his sexuality and relationship status as gay. The actor, producer, comedian and writer Harris proudly announced his sexuality on November 4, 2006.

The 44 years old American actor is currently in a marital relationship with actor chef David Burtka. Perhaps it was written in his fate to fall in love with handsome David. Neil Patrick proved that he is a love guru not only in reel life but also in real-life.

If you are curious to know how the love story between Neil and David unfolded and how their wedding went down, then we have got you covered. Without any delay, let's dive in!

How Love Story of Neil And David Unfolded?

In 2004, Neil Patrick Harris and David Burtka met each other for the first time during a program held at Ninth Avenue, between 44th and 45th Street in New York City. At that time, Neil was in his mid-20s.

Neil was busy doing his show 'Cabaret' and David was portraying a character of Tulsa in his show Gypsy. They wouldn't have met each other if their shows weren't being produced in the same locality around the same time. 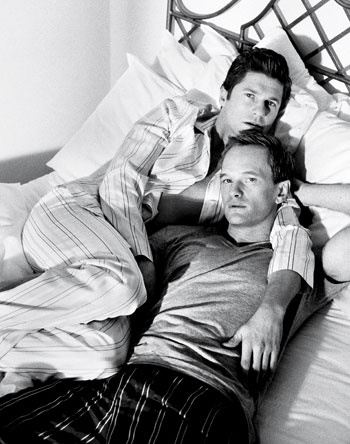 Neil Patrick Harris and David Burtka getting cozy during a photoshoot
Source: Pinterest

At the time of their first meeting, David was in a relationship with another man. When their eyes met, they felt love towards each other. A week after their first encounter, David broke up with his then boyfriend and started seeing Neil Harris.

It is believed that the pair were introduced to each other during a party in 2004 by Neil's good friend Kate. At that time, Neil assumed that David was Kate's boyfriend.

"I ran into my friend Kate one day and she was with this brooding, James Dean-type guy in a leather jacket who gave me the head nod and then turned away. I assumed he was Kate's boyfriend and I said, 'Nicely done." 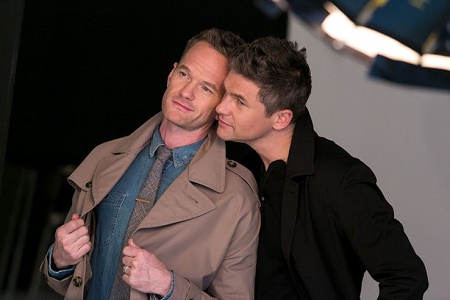 The pair started dating right in 2004, after hitting it off during their second meeting in American Idol viewing party at Kate's home. The pair bonded well in short time they met and decided to pursue their romantic relationship further.

During their first official date, the pair discussed having children. If they weren't willing to become parents, their relationship would have ended right then.

Neil was the first one showing an active interest in starting a relationship with David. Smitten by David's charm, Neil stayed near him to get a chance to speak his heart out.

"I was always around when he was around, hoping the stars would align. I just stammered around him. I couldn’t take my eyes off him"

Neil and David started dating each other in 2004. They didn't let their professional lives come in between their personal lives. Their relationship started out as long-distance one as both were separated by geographical boundaries. 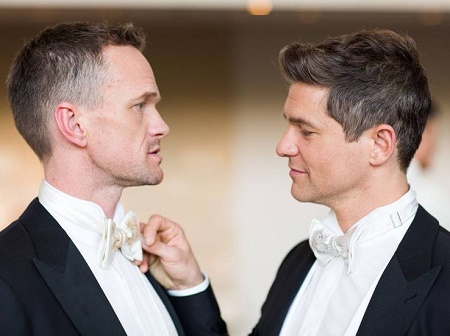 The pair started a live-in relationship together after moving to a house previously owned by a woman for 40 years. During their relationship, they kept in touch with each other through phone calls and texts. They called each other eight times in a day and texted twenty-five times in a day.

I’m no fool - asking @dbelicious out on a date 14 years ago was perhaps the best decision I’ve ever made. He’s my partner in crime, my moral compass, and my studly baby daddy. Happy Anniversary, DMB. You’re better than best, and I love you so much. Xo, NPH

In 2006, David was the first one to propose Neil for marriage. David's proposal came in the very same place in New York's Ninth Avenue, where they had met each other for the first time in their life. A year after David's proposal, Neil proposed to David on the eve of Valentine's Day in Santa Monica.

The pair announced their secret engagement via Twitter in 2011. As per the report, they got engaged in a secret ceremony in 2007. Not much detail has been revealed about the guest present in their engagement ceremony. In early 2018, there was a rumor about the emergence of conflict in their relationship, which they squashed outright.

Details Of Marital Relationship Between Neil and David

THe 44 years old Neil Patrick Harris and 42 years old David Burtka are celebrating the fourth year of their official marriage this year. Despite being together for over a decade, they were officially married only recently.

After being engaged in 2007, the pair waited for the legalization of gay marriage. It was only in the year 2011, that the pair decided to get married after the Barack Obama administration legalized same-sex marriage in New York State, where they lived.

As per the report, the couple's marriage took place in a quiet and private ceremony held in Italy. Their marriage was a low-key ceremony, held at rented Castle in Perugia, Italy. Only handful of guests were invited to attend their marriage. 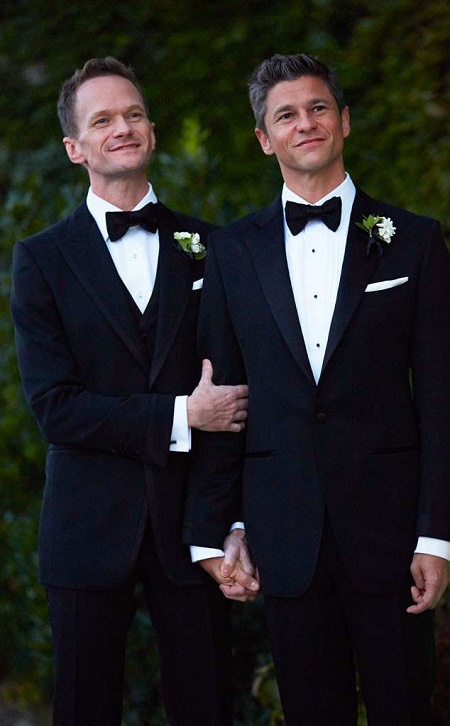 Neil and David had to wait ten years to marry as the same-sex marriage was considered taboo and not legalized by the US government. Their marriage was officiated by director Pamela 'Pam' Fryman, who directed Neil in his TV performance. Music Legend Elton John enthralled the present audiences with his hit numbers; and bestowed his blessing to the newly married gay couple.

As per the report, Neil and David wore matching black tuxedos in their wedding. Their tuxedos were designed by top designer Tom Ford. Their marriage was held in Italian traditional style.

On October 23, 2010; the couple became proud parents of twins via surrogate mother. They were accompanied by their surrogate-born twins Gideon Scott and Harper Grace during the wedding ceremony. Their daughter Harper accompanied them as flower girl. While, their son, who was assigned to be ring-bearer, became orange boy during the event and distributed fresh oranges to the guests. 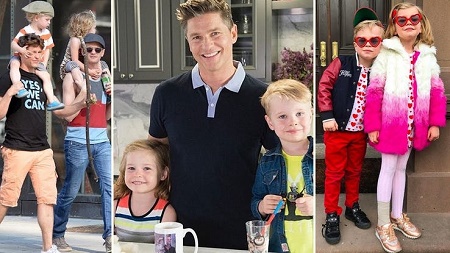 Neil Patrick and his husband David having good times with their twins
Source: Youtube

Neil Patrick and David Burtka are having a good marital relationship. Since their marriage, they haven't shown sign of weakness, conflict and extra-marital affairs. Mutual trust, love, and loyalty seem to be the secret of their happy marriage.

The couple has been seen enjoying a vacation with their twins in destinations like Hawaii, Miami, Florida, Disneyland, etc. The entire family gathered together every Tuesdays to prepare a hearty meal of Tacos and twins help their fathers in setting up dishes. The family wears specially printed Taco Tuesday tees, during the preparation. 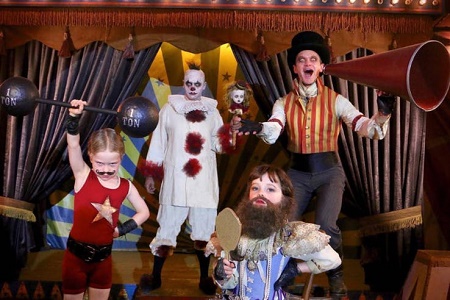 Neil and David with their twins during Halloween celebration
Source: Notey

The family also likes to enjoy festivals like Halloween and Christmas together. They are often seen celebrating Halloween festival donning the costumes of various shows and movies. Neil and David seem to be doing well raising their twins in a good environment.

The couple also adopted rescued white terrier dog named Gidget and gifted them to twins on their sixth birthday. They consider Gidget as their important family member and are often seen doting and showering it with love and affection. 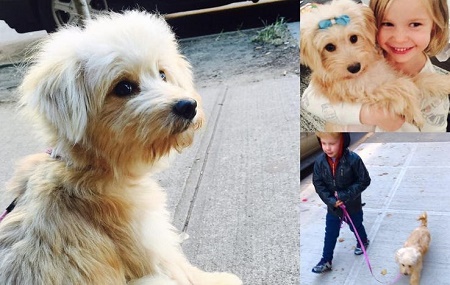 The family lives together in a comfy townhouse in Harlem, Upper Manhattan neighborhood in New York City. As per the report, they purchased a house in 2013.

The couple also attended various couple therapies; which enabled them to understand each other better. The therapies helped them to bond well and deepen their love for each other. Neil grew up to be a more romantic person after the conclusion of the therapies. 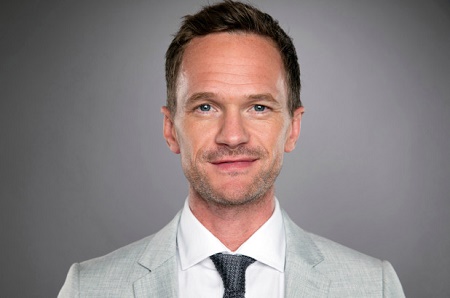