Several awards winning comedian and actress Kathleen James Griffin professionally known as Kathy Griffin is best known to appear on the My Life on the D-List recently shaved her head to support her sister who battled over cancer.

Getting betrayed by the loved one is hard to overcome but she, forgetting all the worse, moved on and focused on her career and eventually turned out to be a great comedian and actress.

She has been seen with several men around her but whom did she actually choose to stick around with? Let's dig a little deeper into her life and know who has she been with recently.

Kathy Griffin is dating a guy 18 years younger than her.

The 55-year-old comedian talks about her relationship with Randy Bick who is a marketing executive and the bond is stronger than ever. 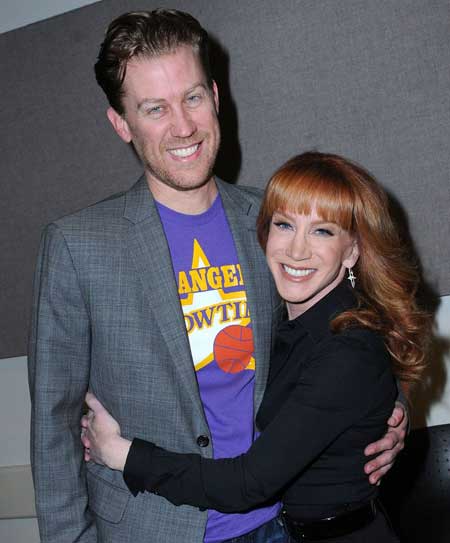 Kathy with her beloved and long-time boyfriend Randy
Source: People

The duo met at a food and wine festival in 2011 and Kathy literally admits that she did not think it would be this long instead of just being a one night stand. She says in an interview with People,

“Because I thought he was just a man-whore if you will. So yeah, we’ve been together five years now, and we have a great time, and he’s very sweet and very mellow. He’s like a regular guy, you know, he’s like a real guy. He’s not like a Hollywood guy.”

The pair is doing the whole live-in thing in her new $10.5 million Bel Air mansion with two rescue dogs, Pom and Larry. She also admits that despite the big family house, they have no plans to have children anytime soon.

The couple seems to be happy enjoying the whole big house to themselves and having cozy date nights. Kathy also jokes that they have uniforms for the house including 'not-at-all attractive old lady pajamas' for her and sweatpants and an old T-shirt for her beloved boyfriend. 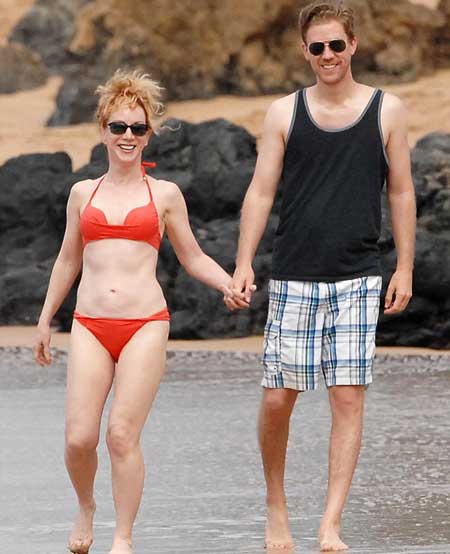 Kathy cannot even put off her smile when she is with Randy. She was all smiles as she walked down the Aston theatre in Perth for her comedy show with Randy, just like putting everything behind her back.

Looks like the comedian is finally happy with someone despite the fact being so much older but whatever, the bond is stronger than ever.

Kathy Griffin's Ex-Hubby Stole From her; Leading To Their Divorce

Kathy was a married woman before. She was married to Matt Moline who is a software entrepreneur and has appeared on the first two seasons of her reality show. The pair wed in 2001 and the reason behind the whole marriage fell apart was Matt stealing from her. 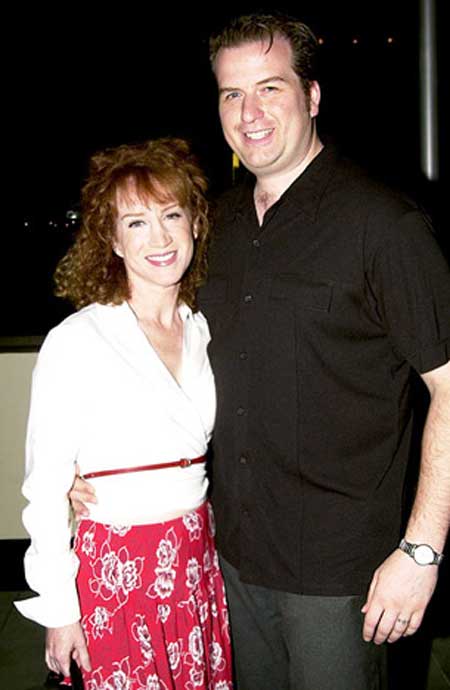 Yes, she claimed that Matt had taken the money from her account over an 18-month period and discovered he took $72,000 from her. She said in an interview,

“My ex-husband, without my knowledge, was sneaking into my wallet when I was asleep in the mornings and taking my ATM cards of my own private accounts and withdrawing money."

After confronting her ex, he admitted his guilt and apologized for his mistakes. At the time, Kathy and Matt somehow talked it out and decided on going for a couples therapy. But as they say, a string once broken can be attached but it'll leave a permanent know, the couple couldn't get over their trust issues.

Kathy filed for divorce in September 2005 and it became official in May 2006. She had her tattoo remove after the divorce with Matt.

Griffin was also rumored to have dated the Apple co-founder Steve Wozniak in 2007 as they attended the 2007 Emmy Awards together and the speculation rose when they were interviewed together on the red carpet. 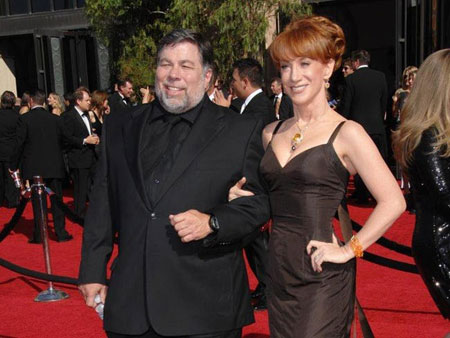 Kathy dated Steve Wozniak for some months back in days
Source: Rankers

She later confirmed her relationship on Tom Green's House Tonight and was asked if she dated Wozniak to get back to her ex-husband. She said,

"What better way to get back at my ex, who was a tech, than to marry the biggest techno-nerd in the Universe?"

The pair also served as King and Queen of the Humane Society of Silicon Valley Fur Ball on 2008 and in June 2008, it was confirmed that they were no longer dating.

She also stated in an interview that she was involved in a private romantic relationship with a man that lasted four years not but stating his name. It was later revealed that the man was Tom Vize who was Griffin's tour manager and has appeared in several seasons of My Life on the D List. 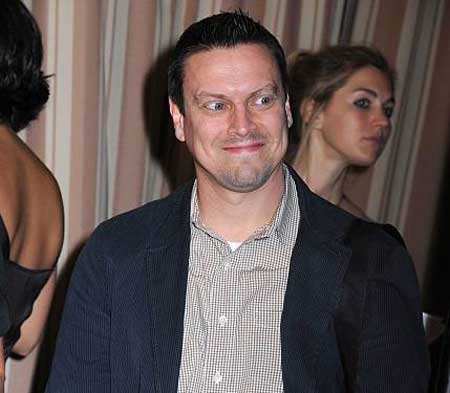 Kathy was also said to have dated the American director Quentin Tarantino briefly in the '90s. Griffin publicly said that the two never slept together because Quentin just wanted to cuddle. She also stated that he was a pretty freaky guy. 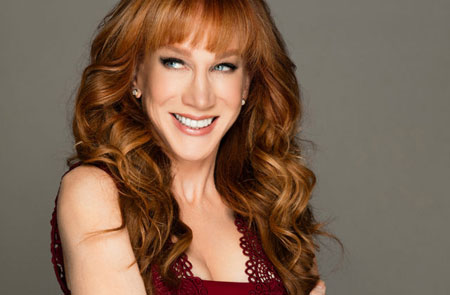 For all the latest news on your favorite celebrities, make sure to follow MarriedWiki!!!