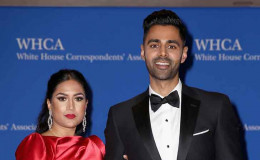 College sweethearts often tend to depart before they can embrace each other as life partners. However, it's absolutely beautiful when two lovers from their college days continue to remain in love after graduation eventually leading to marriage.

For Hasan Minhaj, the challenge was not merely marrying a girl who he loved since they were students at a well renowned University - the fact that the pair belonged to different religious background meant it was an extremely uphill battle.

Luckily for Minhaj, despite all the challenges, he ended up exchanging wedding vows with the girl of his dreams.

Muslim comedian, Hasan Minhaj, and spouse Beena Patel welcomed a child on 20 March 2020. The performer took a cute snap of his family holding a newborn baby. 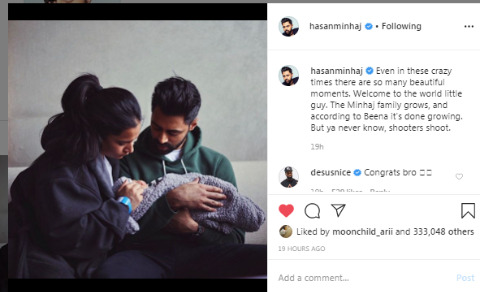 "Even in these crazy times, there are so many beautiful moments. Welcome to the world little guy. The Minhaj family grows, according to Been. it's done growing. But ya never know, shooters shoot".

Furthermore, as soon as the pair revealed happy baby news, Minhaj's fans showered him with congratulations and sent blessings to this beautiful family of three.

From when, Been is pregnant with her second baby, Hasan has been taking care of her. Minhaj and Patel are already the parents of two kids, yet according to the actor, they might expand a new member in the upcoming days.

Hasan Minhaj is married to his beautiful wife Beena Patel. The lovebirds tied the knot on 3 January 2015 after dating for several months. Minhaj and his spouse, Beena is united as a life partner for over five years now. Yet, the duo is together and they share a strong bond than they had before.

On January 3, 2020, Hasan and Beena announced they celebrated their fifth wedding anniversary via Instagram. Needless to say, the comedian is so in love with his spouse but he optionally shares any picture of his beloved on socials. The couple's love story goes way back. They first met way before Hasan was close to gaining any sort of fame. 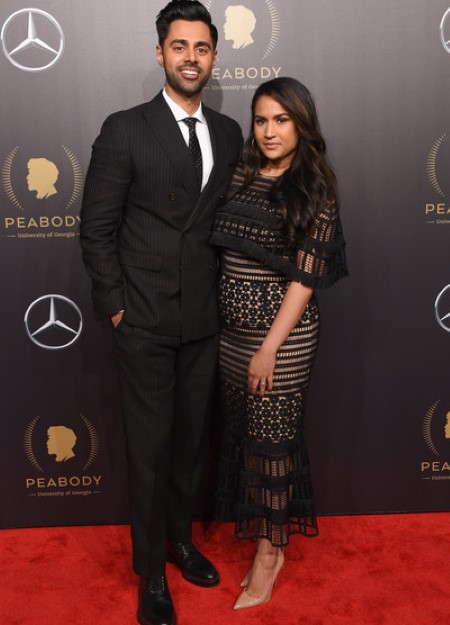 The lovebirds' first meeting arrived in college at the University of California. Speaking to the Campus magazine about the moment Hasan first saw Beena, he said:

"I met the love of my life there. It's wild. When you're living your life, you don't realize that history is happening in real time. So when I first saw her as a freshman, I was just living on the quiet floor in the Thoreau dorms. She was just a girl I had a crush on. I didn't know she'd be my wife."

During the interview with The New York Times, Minja revealed he and Beena are pretty old school when it comes to living together. He said:

"Beena and I didn't move in together until we got married. We kept it very traditional ... so I had to evolve very quickly."

Hasan claims some aspects of his life changed after sharing wedding vows with his wife. The comedian claimed he went from 'Scarface' photos to family photos and he's accustomed to throwing pillows now. Furthermore, he claims the scented candles are nice.

The President usually sits in this green room before the #WHCD, but since he didn't attend my wife and I sat in it. This was me going over my set with her. It is a moment I will never forget. : @karlinvillondophotography

Meanwhile, Minhaj's spouse Patel comes from a Hindu family and is a Doctor by profession. Moreover, she is a management consultant for MedAmerica and she appears keen to serve homeless patients.

On 22nd April 2018, the couple welcomed their first child whose name is not revealed. Minhaj took to Instagram to express his delight.

Welcome to the  baby girl. God willing [iA] I’ll be with you every step of the way...

Here's an interview with Hasan Minhaj on Jimmy Kimmel Live:

However, he mostly uses these platforms to promote his upcoming projects. It particularly includes dates and locations of his next stand up performances.

On the other hand, Beena is a very private person and not much active on social media. Her Instagram account is set to private. She appears to be a silent provider of stability and direction to her husband's career and growing success.

The couple is currently living in Manhattan, in the Hell's Kitchen neighborhood where they are trying to adjust being New Yorkers. Since the comedian's career appears to be blossoming even further, we can expect this adorable duo to appear on the red carpet in the coming years.

Hasan Minhaj Is A Public Advocate For Gay Rights

Hasan Minhaj is a public advocate for LGBT rights. He appeared vocal about this topic along with Author Reza Asan. They believe Americans should embrace marriage equality.

Both Aslan and Minhaj appeared on HuffPost Live to discuss the open letter they penned to their fellow American Muslims. They recommended a different approach towards LGBT from Christian counterparts. 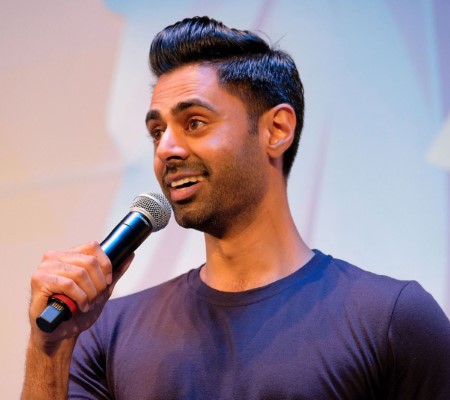 Minhaj who is a part of a minority group in the US, said Muslims have the responsibility to advocate the rights of all other marginalized people. This is significant because Muslims are discriminated against and they have needed support just like the LGBT Community.

He continued, certain issues are crucial to Muslims like him that they often ask for empathy and support.

Hasan revealed they just tried to express in the letter the fact that you can't ask for those things unless you are willing to reciprocate being empathetic and supportive to other communities. 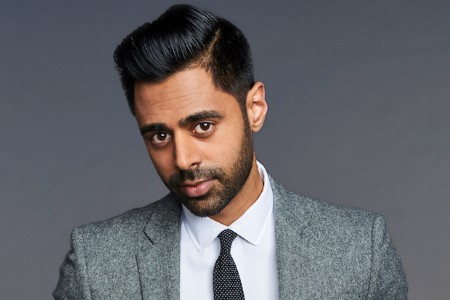