Home Article Actress Jenna Fischer Married her second Husband in 2010 after Divorce with EX-Spouse; See her Relationship and Affairs

Actress Jenna Fischer Married her second Husband in 2010 after Divorce with EX-Spouse; See her Relationship and Affairs 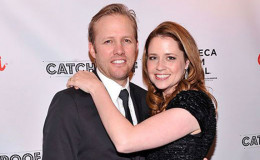 Not many people share an enjoyable relationship with their better half after their tragic divorce. But seems, Jenna Fischer is quite different from the crowd as she still enjoys a good friendship with her ex-husband.

But wait not only that, she is a married woman and lives a blissful conjugal life with second husband, Lee Kirk. The couple is a proud parent of two children.

Today let's take a look at her married life with her husband and get to know about the actress personally.

Every day, many Hollywood couples are calling off their relationships or marriage due to small problems in their marriage life. But unlike any other celebs, the 45-years-old actress knows how to keep her marriage life secure. 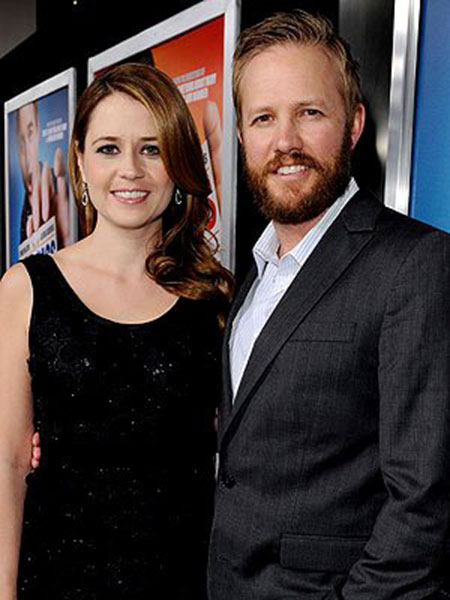 She tied the knot with producer Lee Kirk in 2010.
Source: People

She married producer Lee Kirk on July 3rd, 2010, after meeting him while working for the same show. The pair wed in an intimate function, surrounded by their close friends and family.

Also See: Actor Steve Carell and Nancy Carell got Married in 1995. Know about his Family and Children.

And as Jenna is an avid foodie, she ordered the best caterer from the area. Talking about the food at her wedding, she divulged,

“I’m a foodie, so I want to have really good food. We found a great caterer and had a two hour tasting and I left so full.”

Many of her co-stars from the show The Office, were in the attendance, including Rainn Wilson. And his co-stars told the world, the marriage was pretty packed. 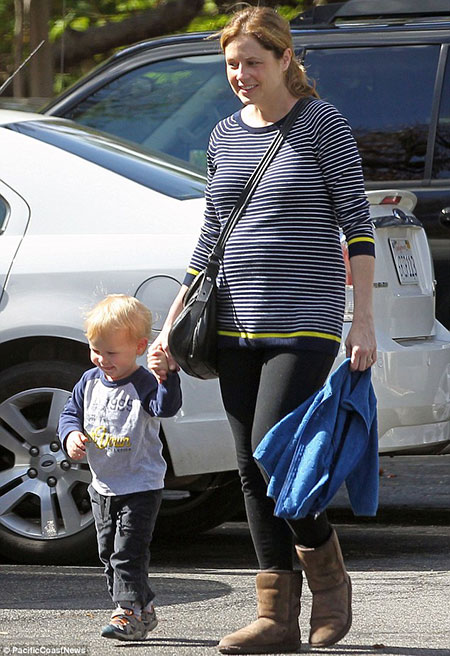 The pair shares two children between them, a boy and a girl.
Source: Daily Mail

This was the second marriage for Jenna. She shares two children with Kirk, one boy, Weston Lee Kirk, born September 24, 2011, and a cute baby girl, Harper Marie Kirk, born May 25, 2014.

The tree is done! Now my husband just has to hang the lights on the house and we are all set for Christmas! #notmyhouse #notmytree #teawithsanta #langhampasadena

Fischer is very close to her husband Kirk as two worked together decorating the Christmas tree and celebrating the day with their children in December 2018.

The actress was previously married to fellow actor, James Gunn. The pair exchanged vows in 2000 after they first meet one another in the same show. 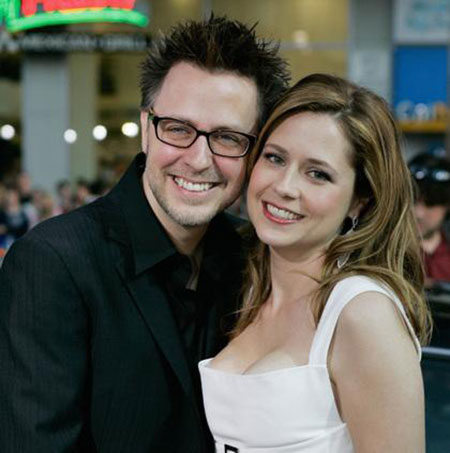 She was previously married to James Gunn.
Source: Bitnote

Their marriage was also regarded as one of the cutest relationships Hollywood has ever seen. When the pair announced their divorce in 2007, all of us were in a state of shock because no one expected them to separate.

You May Like: Actress Emily Blunt and John Krasinski Marriage Life; Know about their Children

Well, that's how fate plays its games and no one can deny fate. For now, the actress is living happily with her husband and two children. 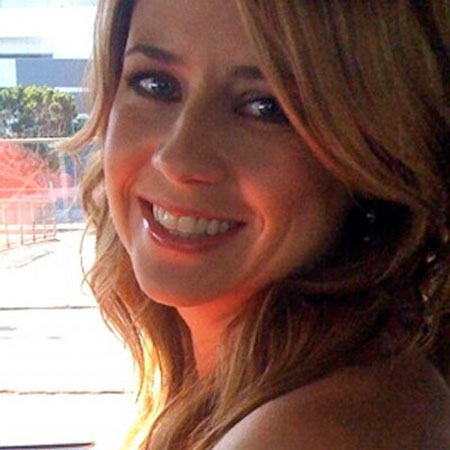