Home Article Laeticia Hallyday's Life After The Death Of Her Husband Singer Johnny Hallyday Who Passed Away in December Last Year After Battling Lung Cancer: See Their Journey Together

Laeticia Hallyday's Life After The Death Of Her Husband Singer Johnny Hallyday Who Passed Away in December Last Year After Battling Lung Cancer: See Their Journey Together 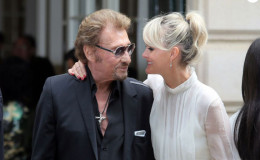 French rock star Johnny Hallyday passed away in December 2017 and his wife Laeticia Hallyday was the first to announce the news to the Agence France Presse. The singer passed away after a long battle with cancer at 74.

French rock star Johnny Hallyday sadly passed away in December 2017 and his wife Laeticia Hallyday was the first to announce the news to the Agence France Press. The singer died after a long battle with cancer at 74.

The couple married way back in the year 1996 when Laeticia was just 21. The couple lived a happy and long married life adopting two adorable daughters. The gorgeous lady also revealed that she suffered a series of miscarriages, anorexia, and depression in the past but fought against all of them with the care and support of her late husband.

Laeticia lost the love of her life her husband on December 6, 2017, and life hasn't been easy for her ever since.

Laeticia first met Johnny Hallyday at a Japanese restaurant in Miami in 1995. As per her Gala profile, Laeticia met Johnny through her father, French businessman Andre Boudou who was a friend of the star.

She was trying to make it as a model at the time. The profile described their meeting as "love at first sight". 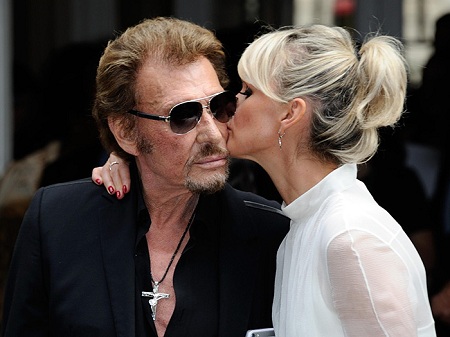 They fell in love and immediately decided to make it official. The couple, hence, married in March 1996 when Laeticia was just 21 then.

The singer who married the fourth time told during an interview about how much he loved Laeticia. He stated,

"She protects me. I have my vices but I need her. She brings me what others have never been able to give me."

The couple adopted two children; one in November 2004 Jade Odette Desiree Hallyday and the other, in December 2008 named Joy Halladay. 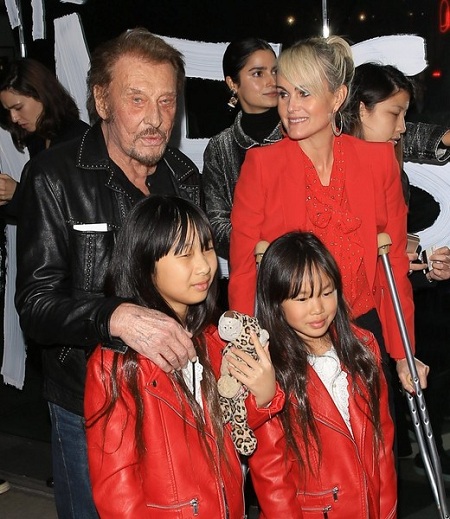 Johnny and Laeticia walking with their kids in LA
Source: Zimbio

Though everything was going perfectly, something unexpected happened in the family.

Laeticia announced the death of her husband on 6th December 2017 through a statement to AFP at the age of 74 years. The biggest rock star died after suffering a long battle with lungs cancer.

During the occasion she said,

"Johnny was a man out of the ordinary. It will remain so thanks to you. Above all, do not forget it. He is and will remain with us forever. My love, I love you so much."

"The daddy of our two little girls, Jade and Joy, is gone, Laura and David's dad has closed his eyes, his blue eyes will illuminate our house and our souls, again and again, today, out of respect and love for this extraordinary man who was mine for more than 22 years, to perpetuate his passion for life, thrills, emotions without half measure, we unite all our prayers and our hearts."

I'm very sad to hear the news that Johnny Hallyday passed away. He was a giant in show business...a true icon! My thoughts go out to his family, his loved ones, and to the millions of fans who adored him for many decades.He will be sadly missed, but never forgotten.- Céline xx…

Goodbye to my friend...@JohnnySjh ... we will miss you pal..Thanks for all you gave us...

Some of the World's most famous musicians took their respective social media to pay tribute to the departed soul.

We wish the departed soul rest in peace in heaven. The bereaved family may get all the strength to overcome the loss.

Laeticia Hallyday's  Suffering Miscarriages; Along with Battling Depression and Anorexia

During an interview with Pure People, Laeticia revealed her long-suffering from anorexia and depression.

She suffered from anorexia because she had "no more self-esteem". She also believed that her anorexia might have contributed her "many miscarriages". 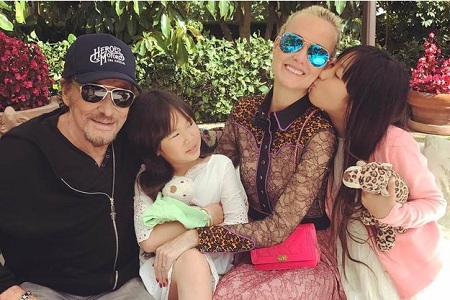 Laeticia with some beautiful memories with her family
Source: Paris Match

"Anorexia is probably responsible for my infertility. I have been pregnant many times. I lost my last child at 4 and a half months of pregnancy."

When asked about the adoption, her late husband answered,

"It’s a long story. My wife wanted to have some children and she could not have any. So she tried desperately for maybe 10 years and then couldn’t get any. So we decided to adopt. We have two marvelous little girls from Vietnam and we’re very happy with them. It’s great – they are so tender, they need so much love and we have much love to give. I don’t see any difference between my real children and my adopted children."

The gorgeous diva also confessed to having suffered many miscarriages.

"At the least test, I do not eat, I drink more. I can lose 5 pounds in a week. Anorexia is probably responsible for my infertility. I have been pregnant many times. I lost my last child at 4 and a half months of pregnancy. It was when we were going to welcome Jade. Nobody knew anything about it."

Laeticia has fortunately recovered from the diseases and is taking care of their two children. 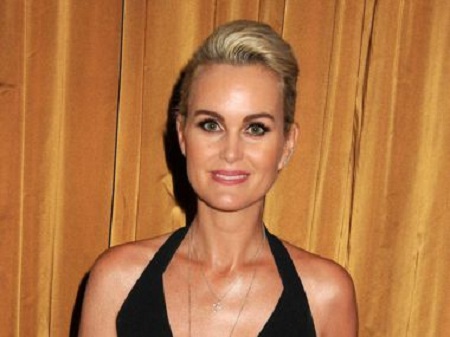