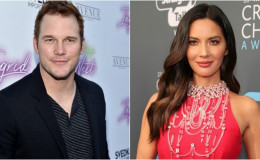 Actress Olivia Munn Denies Her Alleged Relationship With Chris Patt Stating "The Story About Me and Chris Dating has 0% Truth" Chris Pratt filed for divorce from Anna Faris last year in December after splitting in August, ending 8 years of marriage. The pair shares a son together while Olivia broke up with her boyfriend Aaron Rodgers last April.

Rumors have been swirling up in the media that Olivia Munn is apparently dating Chris Pratt but after a long time, Olivia is finally speaking up, denying that she's NOT dating him!

She posted a number of stories on her Instagram addressing the rumors to be false following the news that she was enjoying a romantic dinner date with Chris last Saturday.

Olivia Munn publicly addressed all the rumors that have been going on regarding her alleged relationship with Anna Faris's ex-husband Chris Pratt.

The 37-year-old actress wrote a bunch of messages shutting down the rumors that she's with Pratt and also clarified the news of Anna being upset with Munn for dating the 38-year-old actor Pratt. 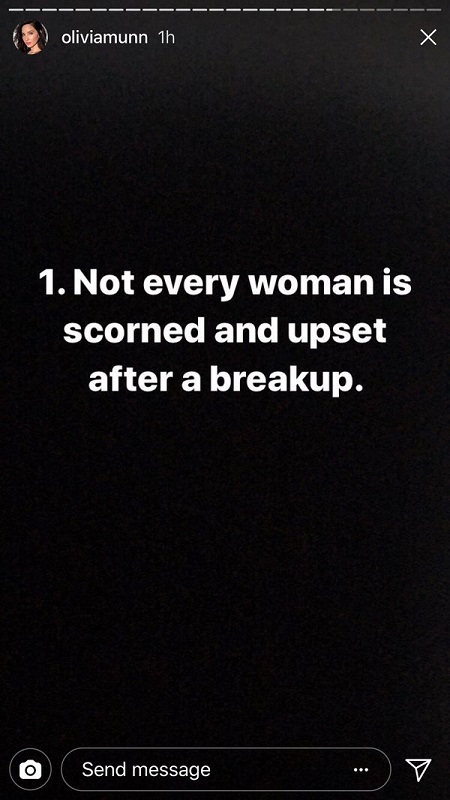 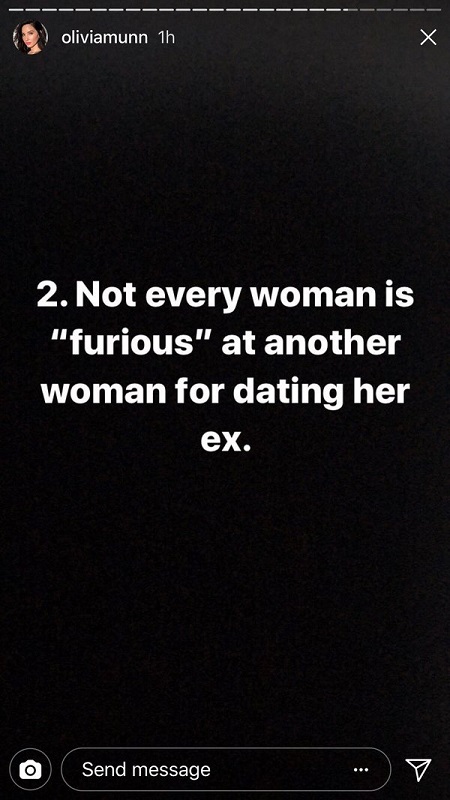 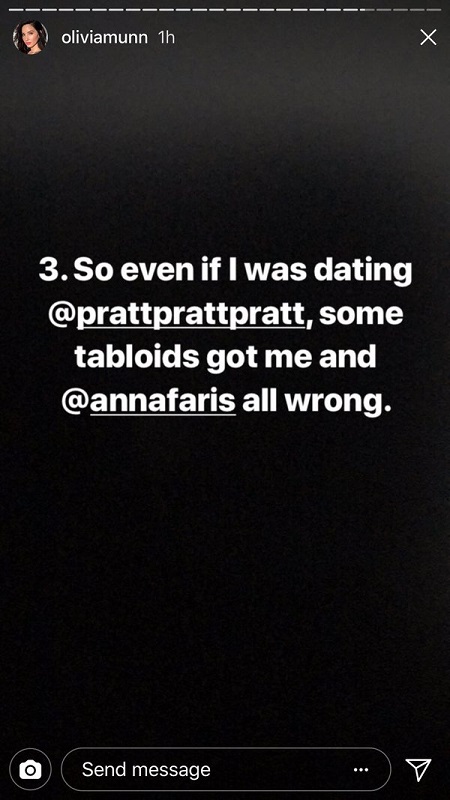 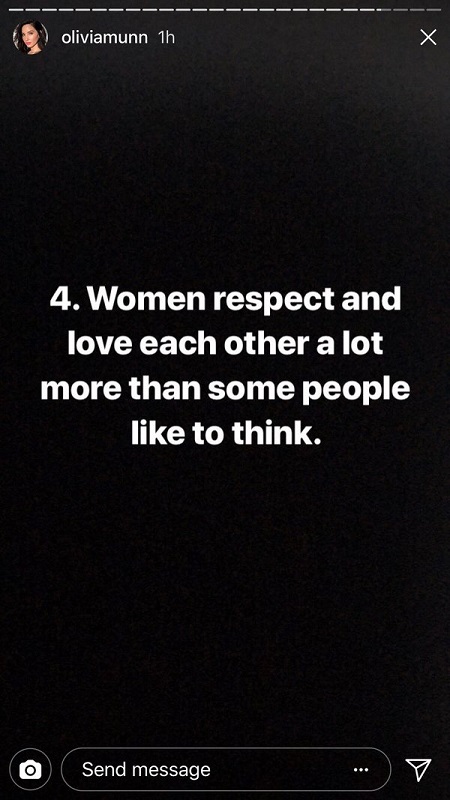 She listed four/five Insta-stories which she started off by writing,

1. Not every woman is scorned and upset after a breakup

2. Not every woman is ‘furious’ at another woman for dating her ex.

3. So even if I was dating @prattprattpratt, some tabloids got me and @annafaris all wrong

4. Women respect and love each other a lot more than some people like to think

She even added a zing of humor on her fifth story stating that her and Pratt's couple name would be not a good one giving suggestions like "Crolivia" and "Prunn" and so on. 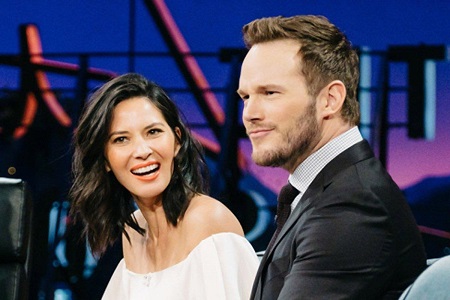 Not only this she also posted a snapshot of her exchanging text messages with Anna Faris about the on-going rumors telling her that it "has 0% truth."

"Hi!!!! Oh my god-this town is so f—— crazy-you are so sweet to text-I love you-having said that if you were my new sister in law I would be thrilled! -lets please catch up soon."

Well, it finally clear that there's no cold war between Anna and Olivia.

Chris Pratt announced his divorce from longtime wife Anna Faris last December, ending his 8-year-long marriage, after declaring their split in August. Soon after the split, Chris was linked with Olivia Munn, and the rumors of their dating took over the media like a wildfire. 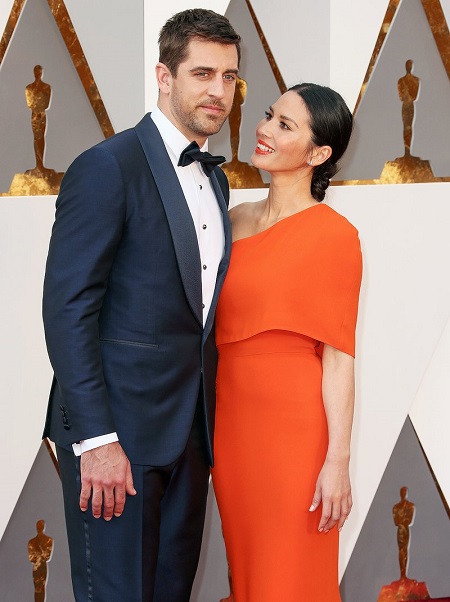 Since the split, Faris has been linked to cinematographer Michael Barrett with whom she's working on her upcoming comedy Overboard.

Munn, on the other hand, was dating American quarterback Aaron Rodgers but the pair called it quits in April 2016. Aaron is now dating NASCAR driver Danica Patrick.