Actress Traci Lords Married Jeff Gruenewald in 2002; Living Happily after her second Divorce, Know about her Family and Children 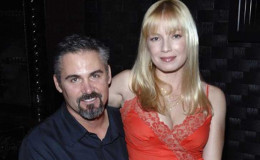 Multitalented American actress Traci Lords is best known for her pornographic films in her early age in 1980s. Her appearance was prohibited at that time since she was still a child.

Later on, she entered the mainstream Hollywood with her debut movie Not of This Earth following Cry-Baby.

The gorgeous actress is a married woman now. She tied the knot to Jeff Gruenewald early in the year 2002 and they seem to be very happy in their conjugal life with their child.

Traci tied a knot with the actor and producer Jeff in 2002 and since then, the couple is living a heavenly life in Los Angeles, California.

They have celebrated 15 years of togetherness and still, their love life is young and lively as no rumors on divorce or extra-affairs of the couple have made any headlines.

The couple is blessed with an adorable kid named Joseph Gunnar Lee on 7 October 2007 almost five years of their conjugal life. 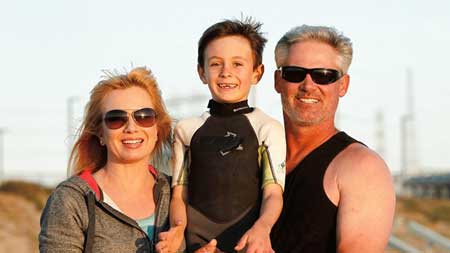 She announced her pregnancy early in June and stated,

"I kind of thought the children thing was off the table.Now I’m expecting a boy! We’re stunned and thrilled. I just want you to know, these 36-D’s are mine. I haven’t had a boob job. I am 5 1/2 months pregnant! But nowI'm starting to show. And my husband is happy with the changes in my figure."

Their son is now a grown up of 9 years of age and is enjoying his life with Traci and Jeff.

Sometimes, you need to give yourself a second chance to complete your fairytale. However, in this case, Traci needed a third chance as she was married twice prior to Jeff.

Initially, Traci was married to Brook Yeaton in the year 1990 and got a divorce soon after five years of their conjugal life.

Later on, she encountered Ryan Granger and they soon fell for each other. The couple tied a knot in 1999 but their relationship failed to sustain for a longer duration as they split in 2000.

Recently she is married to Jeff and the pair is happy together. 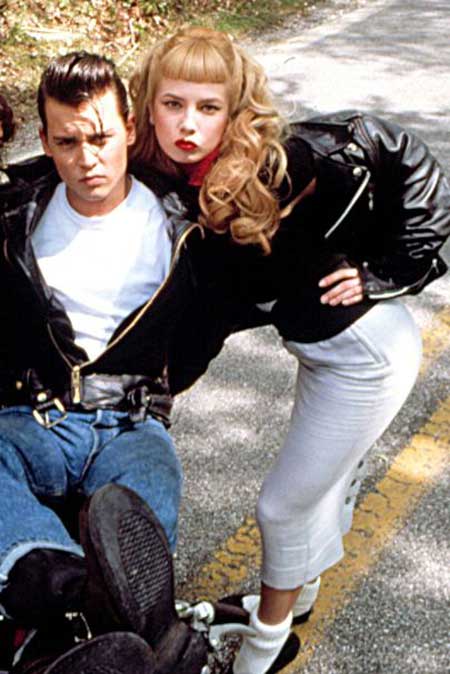 Johnny and Traci posing for a snap.
Source: Lesbeehive

Well, that is literally a very long list! But this does not matter as she is very happy in her life and we can speculate that Jeff is the last and the only true love in Traci's love life.

Traci Lords; her career and controversies

Traci made the headlines years back as she performed in many hardcore films in the 1980s. After she featured in the Penthouse magazine, she elevated herself in the field of pornography at her immature age.

She arrived in several illegal videos between 1984 and 1986 and got a big name and fame. The law enforcement discovered the fact of her early age and soon removed every related video from the market just to avoid child pornography.

Well, hello there! Witches and Monsters galore here @njhorrorcon Wearing the Priscilla dress from @pinupgirlclothing with the mesh corset from @orchardcorset for a bit of a bite! Morgana tops it off! #happyweekend #tracilords #horrorcon #newadventures

That was her departure from pornography to the mainstream and presented herself on the screen Not of This World and Cry-Baby.

The former adult film actress also appeared in many television series like Profiler, First Wave, Married...with Children, Tales from the Egypt, First Wave, and Will & Grace.

Apart from her acting career, she has well maintained herself in the musical world. As her song 'Love Never Dies' was featured in the movie Pet Sematary Two in 1992, she signed a contract with Radioactive Records and eventually released her debut album, 1000 Fires.

When the day falls apart but you refuse to... #proceed #positivity #makinglemonade #makemineadouble Jar of tears Enamel Pin by me @pinupgirlclothing Design @lady_weird

The album was praised by many of her fan followers and Traci, without any delay, gave her voice to many songs which received positive reviews from the critics.

Here is the interview of Traci Lords on the Oprah Winfrey show:

Recently, Traci acted in TV thriller Nightmare Nurse in 2016 and voiced in the video game Hitman.

Sarah Butler, Steven Good, Lindsay Hartley, Michael Finn, and Julian Stone are some of the cast members of Nightmare Nurse.

She has declared that she is directing a movie called The Unquiet Grave. The film with soon hit the theaters with a big bang in 2017. 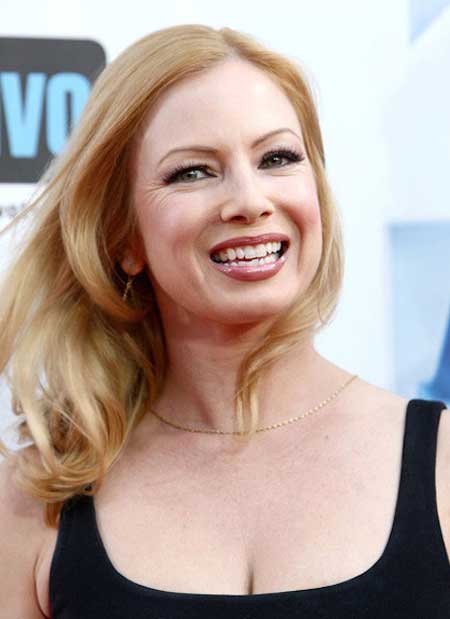 Well, all in all, with several ups and downs, Traci is finally happy in her married life with her husband. We wish her all the very best for her bright future in days to come.