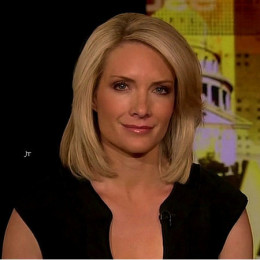 Dana Marie Perino is a previous political commentator for Fox News and a co-host of the network's talk show The Five. She was the second female Press Secretary in White House, working under President George W. Bush (2007-2009).

Perino was born on May 9, 1972, in Evanston, Wyoming, U.S.  She is an American belonging to the mixed ethnicity. She is the daughter of Leo Perino and Janice “Jan”. Her paternal grandparents were Italian immigrants.

Perino worked at KTSC-TV and was a part of forensics team during her time in the college. She served as a daily reporter for WCIA covering the Illinois Capitol. She also worked as a staff assistant for Congressman Scott McInnis in Washington, D.C.

Perino served as the associate director of communications for the White House Council on Environment Quality. She has provided strategic advice on message development, media relations, and public outreach while working there.

Her podcast named Perino & Stirewalt: I'll Tell You What premiered as a weekly limited series on the Fox News Channel on 18 September 2016.

Perino is a married woman but has no children. She married her boyfriend, Peter McMahon in 1998.

She first met her future husband in 1996, on a plane while they were traveling to Denver. The couple does not have any child yet but she has a lovely pet and it is everything for her.

She calls herself the mother of the pretty dog on her Instagram posts where she has 287k followers.

McMahon is a businessman involved in the international marketing and sales of the medical product.

Her husband was married twice in his past days. Perino is his third wife. Being so beautiful she might have dated some handsome guys in her past days but she has managed to keep her secret to herself.

Happy New Year! love to all from

Wishing her fans "Happy New Year 2019" she posted a rare image with her husband.

Dana Perino's Net Worth And Salary

He is an English businessman who is involved in the international marketing and sales of medical products. This is his third marriage.