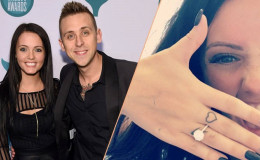 Youtube personality Roman Atwood is in a marital relationship with his second wife Brittney Smith. He was previously married to Shanna Riley. Roman is the father of four children. Know about Atwood's personal life.

The man who rose to fame from pranking others to making his own film, Roman Atwood is currently ruling the industry now. After the controversial divorce from his first wife Shanna Riley in 2008, he is now engaged to longtime girlfriend, Brittney Smith.

How it all start? Is the couple getting married this year? We have all the details here.

The 35-year-old Youtuber, Roman Atwood and Brittney Smith who were dating for almost 10 years got engaged on 1st May 2018. Right after the proposal of Felix 'PewDiePie' Kjellberg to his girlfriend Marzia Bisgonin, Roman also blogged about his engagement. 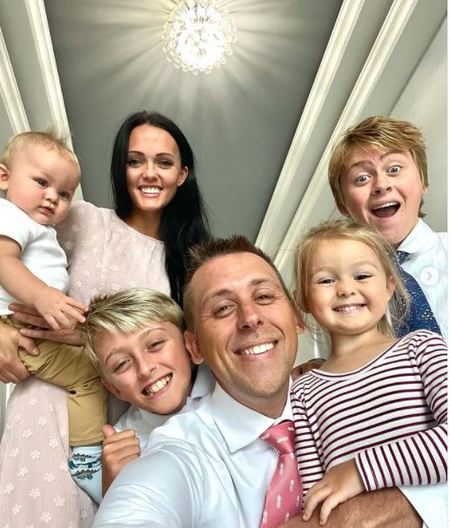 Atwood posted a photo of him holding a ring and Smith sleeping aside with a caption, “When she wakes up, I am asking her to marry me.” and after a few hours he posted a picture of them captioning, "She said yes!!" where Smith can be seen snuggling Atwood.

The pair seems to be having a great time living blissfully with their children and his fans are dying to hear the good news of them getting married pretty soon. As of now, the pair is enjoying their new life as an engaged couple going on vacations. 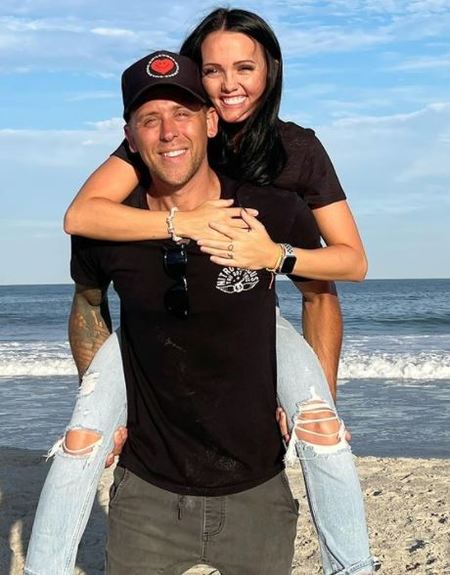 We wish them all the best for future endeavors.

Moreover, the lovely pair Atwood and Smith tied the knot on the Hawaiian island of Maui lately in July 2018. Meanwhile, their fans were so fast and super excited to congratulate the couple on the very big day.

The official husband and wife are living a happy married life along with Atwood's lovely kids.

Blessed to the fullest! We are officially The Atwood’spic.twitter.com/cqXMhWPCa0

While most of the famous celebs tend to keep their personal life far from the eye of the public, Atwood is very close to his fans and makes his best effort to share his family life.

Likewise, Roman Atwood and his dear wife Brittney Smith welcomed their third child, a son in January 2021. Brittney and her husband named their third son Knox Atwood who weighed almost 9lbs at the time of his birth. And, not on to her biological children, Brittney is also caring and loving to her step-son, Noah.

Here's a YouTube video of Roman and Brittney getting married:

Previously, he was married to Shanna Janette Riley. The couple tied the knot on November 17, 2001. They share a son Noah Vaughn Atwood. The former partners did not share a healthy relationship and eventually divorced in 2008 after 7 years of togetherness. 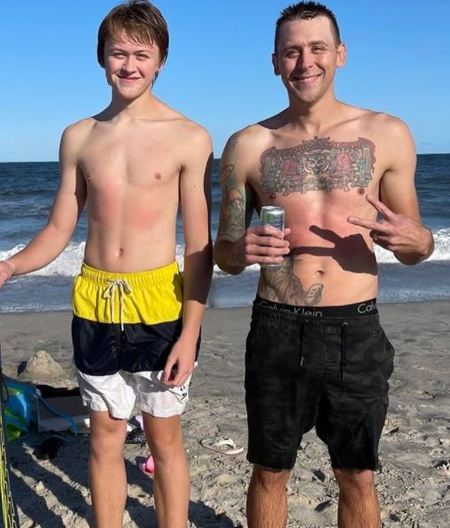 It is reported that Shanna cheated on her husband with a man who was a member of Roman's production crew and was their mutual friend.

The star filed for divorce as soon as he came to know about the unhealthy behavior of his wife and ended their marriage. Atwood was very heartbroken dissed his former wife via social media. He tweeted about Riley being a b**** and also uploaded a video talking about her and how she almost ruined his life.

The pair also had a huge fight over the custody of their son, but the court-ordered joint custody. As of now, they are in a good term for the sake of their child.