Home Article Alex Jones' Ex-Wife Kelly Rebecca Nichols Is Still Single Or Dating Someone After Divorce; Know About Her Married Life And Children

Alex Jones' Ex-Wife Kelly Rebecca Nichols Is Still Single Or Dating Someone After Divorce; Know About Her Married Life And Children 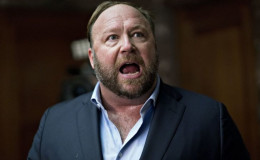 Kelly Rebecca Nichols, also known as Violet Jones is the ex-wife of a controversial American radio host and conspiracy theorist, Alex Jones. The couple shared their life together for around 8 years and the relationship looked like it was going well until they decided to split up.

Kelly is not as popular as other celebrities like Kylie Jenner, or Abigail Clancy, but she has made her space in media primarily due to her ex-husband, Alex Jones' acts and child custody battle. Read further below to know about her current affairs, past relationship and current life updates.

Kelly Rebecca Nichols, the 51-year-old actress isn't heard of being in a relationship nor she's married another man. The mother of three is probably tired of relationships cause of her ex-spouse's felonious behavior.

Regardless of all, she got a $43,000 monthly alimony. Kelly did not have any contact with him after that. The starlet who grabbed all media attention post-romantically linked with Alex Jones now lives a low-key life.

Kelly Rebecca Nichols first met Alex Jones several years ago when she moved to Austin, Texas. She was working for a public access TV station back there and Jones and Nichols had the same producer.

Initially, she was attracted to him because he was, "different than anybody I had ever met," said Kelly. Back then, Nichols was also an Animal rights activist so she was no stranger to media and television.

Alex Jones and Kelly Rebecca Nichols married in 2007. The couple married in New York accompanied by families and close friends. 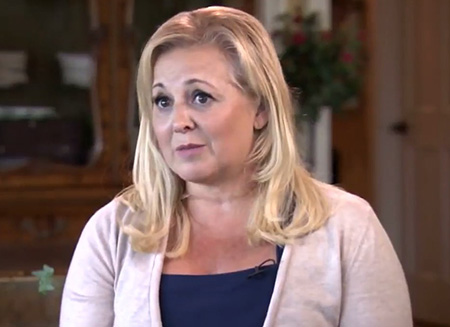 The couple shares three children; a son named Rex Jones and 2 daughters. Back in early 2018, her 15-year-old son challenged Stoneman Douglas High School shooting survivor David Hogg to a debate on a gun control reform back which worried his mother more than ever.

Nothing lasts forever. Everything on earth is temporary, even good things!

The couple couldn't keep their relationship together for a long time. It was 6 years after their marriage when Nichols filed for a divorce in 2013. 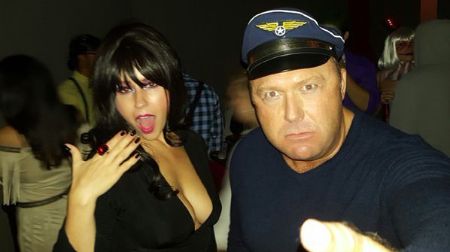 There is a rumor suggesting that Nichols' divorce was forced by Alex Jones primarily due to his affair with, Lee Ann McAdoo, his Infowars' staff which was false.

Numerous proofs claim they had a cruel and unhappy relationship. Kelly mentioned in several interviews that Jones is an "Unhappy and a Disturbed person."

"He was cruel to me every day of my marriage. He just makes fun of me, I could not do anything right..you know..just tell me I was fat." 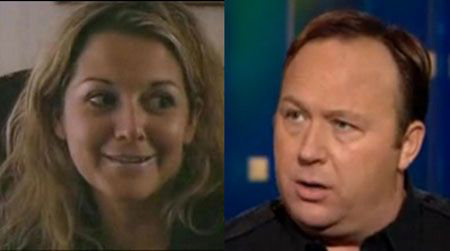 Rebecca Kelly and Alex Jones Side by Side.
Source: Pinterest

The boat doesn't row by itself. When things go wrong, everything gets devastated. The same thing happened with Nichols' relationship. It had to end somewhere and it did finally. Their divorce was finalized in March 2015.

But it doesn't just end there. Kelly filed for a custody battle for her three kids with her ex-husband eventually. She claims that the kids will turn out like Jones if they stay with him so she wants the children to stay with her. They fought for a child custody battle and Nichols initially lost it.

Nichols says that she wasn't the kind of mother who yells at her children but that happened once which caused her a problem big time. The 50-year-old once yelled at her children which Jones took as his point to win the custody battle. Kelly went out to claim that she won the custody battle but Jones immediately issued a statement publicly that he won it and not his ex-wife Nichols.

The court ordered Jones to pay a sum of $3.1 million, and the key to the mansion in Texas as compensation to Kelly. There are no signs of reconciliation between Kelly and Alex till now. Their relationship is long gone. 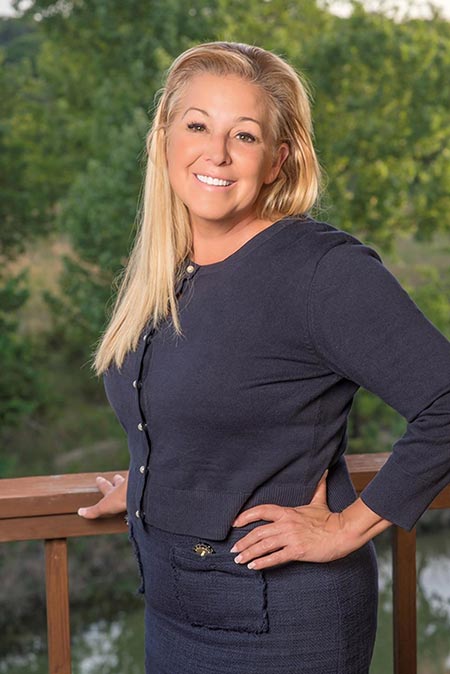