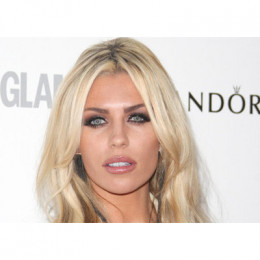 An English Lingerie model, Abigail Clancy is famed for her modeling work and for being the host of Britain's Next Top Model.

She is married to English Football player, Abigail Clancy since 2011. The couple is a parent of two children and is currently expecting their third child.

Abigail Marie "Abbey" Clancy, born on 10th January 1986, is generally renowned as one of the top English Lingerie model. Born and raised in Liverpool as the oldest daughter of Karen (née Sullivan) and Geoffrey Thomas Clancy.

From her early life, she was pretty much interested in the showbiz and used to perform in various stage dramas during her childhood. She along with her friends formed a girl band named Genie Queen.

Abigail Clancy first came to prominence in 2006, Britain's Next Top Model. She was revealed as the 13the finalist of the competition.

Her talent in modeling was beyond expectation and she plowed through the competition up until the finals. In the finals, she competed against, Lianna Fowler and later succumbed the title to her.

But her hard work in Britain's Next Top Model showed it results as she got various contracts from multiple magazines and newspapers. She modeled in magazines likes Daily Mail, Sports Illustrated, Arena magazine, etc.

In the 2010 Swimsuit edition of Sports Illustrated, she appeared in naked as colors were hiding her assets and appearing as if she is wearing the flag of England. It was at this very magazine which gave little hints regarding her link-up with English football player, Peter Crouch.

In the 2010 Swimsuit edition of Sports Illustrated, she appeared in naked as colors were hiding her assets and appearing as if she is wearing the flag of England. It was at this very magazine which gave little hints regarding her link-up with English football player, Peter Crouch.

The model also worked for top sports brands like Umbro, and also appeared as a model for the Elite Management.

Abigail Clancy' TV Career And Author Of A Book

Apart from working in many magazines, the Lingerie model appeared in various British TV shows, sometimes as a judge or as a model. She made her TV debut from the show, The Ultimate Bikini Guide where she appeared as a guest.

She also worked alongside, Gordon Ramsey and appeared in the third series of Hell's Kitchen. Abigail co-hosted the ITV2 show, The Fashion Show alongside, Michelle de Swarte and George Lamb. In 2011, she co-hosted Great British Hairdresser.

In 2013, the model won the 11th season of Strictly Come Dancing. She danced alongside her partner, Aljaz Skorjanec.

Since 2015, she became the host of Britain's Next Top Model. She authored the book, Remember My Name in March 2016.

The English model worked alongside many big designers and modeled for numerous elite magazines. On average, a Runway model earns around $20,000 in a show. Sources claim her net worth is upwards of $2 million.

As she is also a Lingerie model, the lingerie model's generally earning double the amount of a regular model. Moreover she also an owner of luxurious cars like Mini Cooper, which costs around $20,600.

She is the wife of Peter Crouch and according to reliable sources his net worth is around $35 million. The Crouch family stays at their exotic residence in Cheshire mansion.

Abigail and Peter first met each other in the year 2006. Soon after dating for over five years, the lovey-dovey couple tied the knot on 30th June 2011. They got engaged in 2009.

They exchanged vows in an 18th-century style wedding at St Mary Magdalene Church. The duo welcomed their first child on March 14, 2011, becoming father and mother of a girl, Sophia Ruby Crouch.

Soon they welcomed their second child, Liberty Rose Crouch on June 1, 2015. The duo is now expecting their third child together.

The two got married after such a long years of relationship. She was married when she was pregnant in her late delivery dates.

She was born a month after her parents actually got married. She is very cute and her parents love her very much.