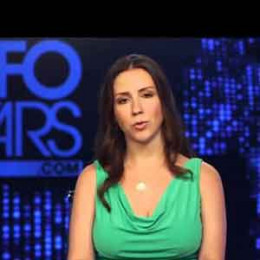 American conservative reporter and InfoWars host, Lee Ann McAdoo is best known for her anchoring style. She worked as a music blogger for LegitArt Entertainment and music television host for Balcony TV Austin. She also tried acting and appeared in the five episodes of TV series, The Last Resort in 2009.

Besides her amazing professional career, she prefers to keep her personal life and boyfriend behind the bars.

Lee Ann McAdoo was born on February 7, 1979, to Kathryn McAdoo Johnson and Steve McAdoo. She was raised in Sarasota, Florida along with her siblings, a brother, Shane McAdoo, and a sister, Steve McAdoo.

While my sister chose an appropriate purple ruffled dress to compliment her Christmas pin, I insisted on belting my mom's tank top and dressing it up with a gold chain. The accuracy of this picture astounds me as we are still very much the same This was taken soon after my sister cut my bangs off then tried to stick them back on with bandaids before mom found out. #4 #MerryChristmas

She is of Irish descent and Mormon-Christian. She attended the University of Texas at Austin and graduated in Broadcast Journalism in 2011. 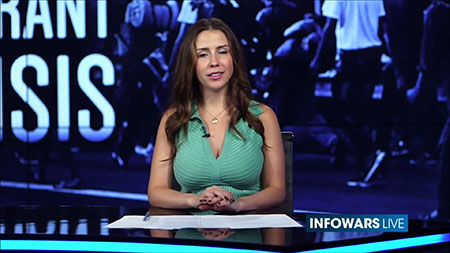 Her father Steve recently passed away in October of this year. She posted an image of her father on Instagram and her fans poured their full support towards her in this difficult time.

Recently, she announced that her mother is diagnosed with cancer. She even asked her fans for their support in this difficult time. Ever since the surgery has been going on, she has been posting all the latest updates regarding it. Her mother recently had a successful second surgery.

McAdoo worked as a journalist and maintained blogs to publish her reports during her college days. After graduating, she joined InfoWars.com, a right-wing website in 2013. She also co-hosts the show with Alex Jones and often conducts interviews on the segment called ‘Nightly News’.  She also attends the Bilderberg Conference.

Prior started her career as a journalist, McAdoo tried acting and appeared in the five-episode of the TV series, The Last Resort but she couldn't find success in acting. Then she worked as a music blogger for LegitArt Entertainment for short time and joined Balcony TV Austin as music TV host from 2011-2012.

Lee Ann McAdoo is best known as a conservative reporter and host for InfoWars.com. She joined Infowars.com in 2013 and earned a good sum of the amount from the website. Her salary is estimated at between $150-$250k. As per some online sources, her net worth is $500k.

Lee Ann McAdoo is possibly single at the moment but previously, she was linked up with the founder of InfoWars.com, Alex Jones. She was also speculated as to the reason behind Jones and his wife, Kelly Rebecca Nichols divorce after released of their divorce settlement in which Nichols claimed her husband had an extra-marital affair with one of his female co-worker.

McAdoo was highly criticized for unwavering support to Donald Trump and biased views on Left-wing politics and anti-Hillary Clinton propaganda during the 2016 presidential election.

Below we present the video of Lee Ann McAdoo,