Not everybody is lucky enough to bump into their soulmate. Even rare are the ones who meet them at precisely the right moment. Wil Wheaton is one guy who knows exactly what it's like to find a person who connects with you on every level and more significantly, becomes a supportive figure who helps elevate your career.

Wheaton is married to Anne Wheaton and the couple is celebrating their almost two decades of togetherness. So, what makes this pair so special? What is the secret to their blissful relationship? We have all the details here.

What is Wil Wheaton Up To Now?

Wil Wheaton, an American actor, and blogger who recently garnered Audie Award 2020 is relishing a blissful marital relationship with his wife of two decades.

The TableTop creator and his spouse, Anne are blessed with two kids, one stepson, and another adopted son. The lovebirds don't have their own biological child. As of February 2020, the family of four resides in Arcadia, California.

On 13 February 2020, the actor took his spouse on a hockey date at Staples Center and took a cute snap on his socials. In the picture, Anne donned a black tee while her beau wore Crushers' jersey. Most notably, the Burbank, California born star and his partner calls one another "my favorite person".

Either of the pair shows interest in adventures, animals, sports, horseriding and many more. This might be the reason their relationship lasted longer and never heard of being involved in extramarital affairs, divorce.

Wil Wheaton, 46, is married to his longterm sweetheart, Anne Wheaton aka Anne Prince. The couple took their wedding vows on 7th November 1999. They are united as life partners for over two decades now. Nonetheless, it was not a typical Hollywood romance between the pair when it all began!

During an interview, Anne recalled the time she met her future spouse when he was a struggling actor. Wil has involved in the business work for a long time ever since he learned to make money but he quit it before he turned 20. During the time, Will was struggling to figure out what he wanted to do with his life. 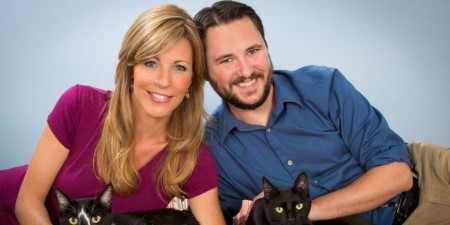 Anne entered Wil's life at just the right moment when she provided all the support he needed to make the right choices and get his career back on track. They first met in 1995 during a New York party at a mutual friend's house. You could say Wil was fascinated by Anne almost instantly.

The shy actor, 23 at the time, found Anne really cute, but like most guys in his position, he was unable to approach her. Thankfully, his lady friend provided a helping hand and introduced the pair to each other.

A few days later, the same friend along with her boyfriend invited Wil and Anne on a double date to a movie. Bless that friend! And as they say, the rest is history.

Relationships never work like magic. It lasts because two people are as much of best friends as they are a couple. Likewise, similar interest provides an added incentive to connect with your partner. This glorious couple seems extremely fond of dogs as they have kept lots of furry friends as their pets.

#throwbackthursday Last year when @itswilwheaton and I did the annual Wiggle Waggle Walk with Marlowe for @pasadenahumane. Photo by @pixievision #adoptdontshop

Meanwhile, the couple does not share any children of their own, but they have two kids from Anne's earlier relationship: Ryan Wheaton and Nolan Wheaton.

Both stepsons are dear to the actor, although only one of them, Ryan, was legally adopted by Wil when he asked to do so.

Another Top Talent: "Wedding Alert" Jim Parsons is now officially a Husband of Todd Spiewak. See the Wedding details of the Couple

There's no doubt Wil would do anything for the happiness of the love of his life. Where there's true love, nothing stops you from spending the rest of your life with your soulmate!

Wil Wheaton And His Well Being

Will Wheaton is having a great career and his family life couldn't be more joyous. However, the same can't be said for his health. It was reported Wheaton has a generalized anxiety disorder. Moreover, he suffers from chronic depression.

Wil knows exactly what it's like to go through this illness, so he provides support to related mental health organizations in an attempt to raise awareness of the disease. 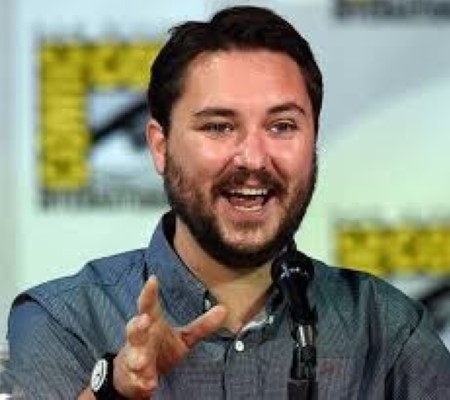 This is not everything Wil has trouble with. His other physical problem is persistent sinusitis. Although the illness is as serious as it gets, this does not stop the actor from being a humorous person he generally is. Speaking of sinusitis, he once jokingly said:

"Clever girl, sinusitis. You had me fooled… but you gave yourself away yesterday with the heavy chest, body aches, and the general fatigue, and now I can fight back!"

The witty Wil does not hold back. Meanwhile, in more seriousness, Wheaton posted a recipe to counter the illness on his website.  It's a vegetable soup made of ingredients like tomatoes, carrot, zucchini, potatoes, and yellow squash with celery.

Wil's friends and his wife were the first to try out this soup. They definitely loved it. Let's hope the recipe is as effective as it is tasty! 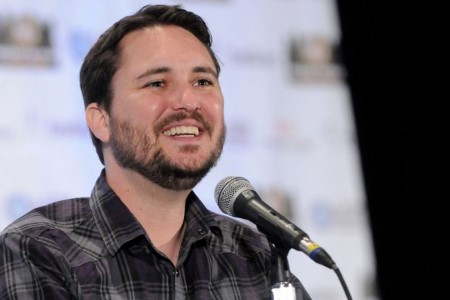