A normal wedding ceremony is too mainstream. Loves to be called 'Ghoul of Your Dreams', actress LeeAnna Vamp and her husband keeping that in mind made theirs a very unique one.

Curious to know more? We have all the details of their wedding and not to forget the beautiful self-proclaimed vampstress marital life with destined-to-be husband Cameron.

For those of you don't know, beautiful actress LeeAnna Vamp is married to horror movie star Cameron Lee Vamp.

Discover: R&B Singer Jason Derulo and his bikini model girlfriend Daphne Joybroke up. When will he marry?

The couple tied the knot in October 2015 and are living a happy life. They got married at Knott's Berry Farm, an amusement park in Calfornia. 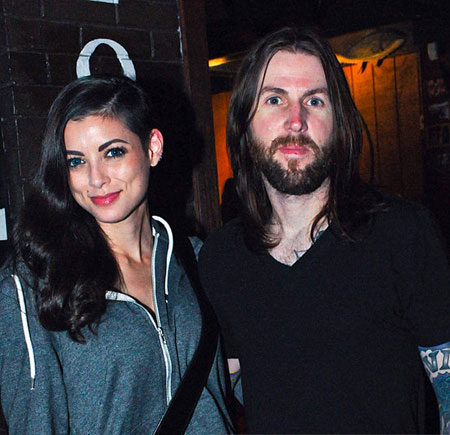 Co-incidently, the duo shares the same last name and it is not the only thing they have in common; both are fans of horror. Cameron is mainly known for his work in the horror movie, Pool Party Massacre in 2017 and both the couple are highly interested in Vampy stuff.

125 days til Halloween What’s your favorite holiday? Pretty sure you can guess mine [email protected]

Their wedding underwent an extraordinary thought process. You probably know about the horror queen of Hollywood, Cassandra Peterson. She is the one who officiated at their wedding as both of them were a big fan of horror.

She even considers Cassandra as her mom. Though they are just friends, they completely fit in as a perfect mom-daughter duo.

The lovebirds celebrated Valentine's Day 2019 posting an Instagram image. Have a look:

"Happy Valentine’s Day to my love Wishing you Fiends a great Valentine’s Day as well! Who’s ready to eat lots of chocolate and watch some horror flicks tonight?!? I know I am"

They share no children as for now and are totally focused on their career. Currently, the duo is enjoying their professional life and living elegantly.

LeeAnna kicked off her career as a model, featured in various covers of magazines. She eventually transitioned into acting and is highly popular for roles in Con Man, Ghosted, Pool Party Massacre and several others.

Don’t mind me, I’m just training for #Valhalla ;) Shot some epic Viking stuff yesterday in Calgary & I can’t wait to share more! @fiendsforever Huge thanks to @jungletribela & my girls @danielledenicola for my battle axe, @soniaralynn for my bracers & @jessicanigri for help with accessories!!!

Besides, she also produced web series, Best Fiends Forever and Star Wars Girls. She introduces herself as a Vamp. She said,

"LeeAnna Vamp... is my real name and I am also known as the Vamptress. A " VAMP " is a seductress, a woman that knows her power is alluring and enchanting. It is short for Vampire, but I think it's a style of my own that's edgy, sexy, dark and glamorous... I AM VAMP."

Vamp is in love with everything Sci-Fi, Horror, and Fantasy and enjoys the company of her fans at horror and comic conventions. 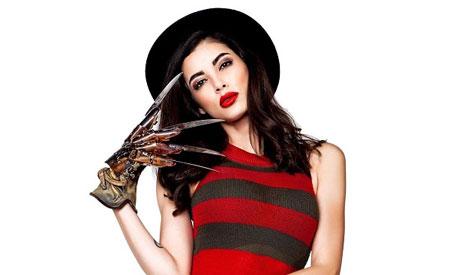