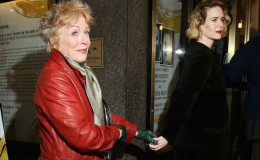 The Grey's Anatomy star Sarah Paulson and her love Holland Taylor have recently attended the star-studded memorial service for late Liz Smith who died at 94 last year. During the event, the two couldn't stop the media and fans gush about their relationship as they were so much into each other.

The Grey's Anatomy star Sarah Paulson and her girlfriend, Holland Taylor recently attended the star-studded memorial service for late Liz Smith who died at 94 last year. During the event, the two smitten couldn't stop the media and fans gush about their relationship.

Sarah and Holland are dating since 2014, and the couple's relationship is stronger than ever!!

Sarah Paulson And Her Girlfriend, Holland Taylor Together At The Majestic Theatre

The two attended the event at the Majestic Theatre where Sarah delivered a speech for legendary gossip columnist Liz Smith, who died at 94 last year in November. 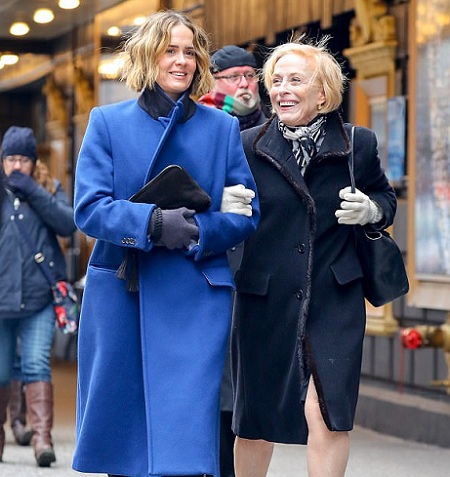 Sarah and Holland looked awesome while walking on the street of New York
Source: Daily Mail

Holland and Sarah-both Emmy-winning TV stars were photographed when they were walking side by side; hand-in-hand with huge smiles on their faces.

During an event, Sarah recalled the days she met Liz, who was also a bisexual.

'This circle of life bulls*** may be all well and good for those dearly departed, but for us down here it is just awful to lose the most wonderful person in the world."

Sarah, the People v. O.J. Simpson: American Crime Story star announced her relationship with actress Holland Taylor back in 2015, but she didn't want her sexuality to be labeled.

She has dated a couple of guys in the past including her relationship with film and theater star Cherry Jones. 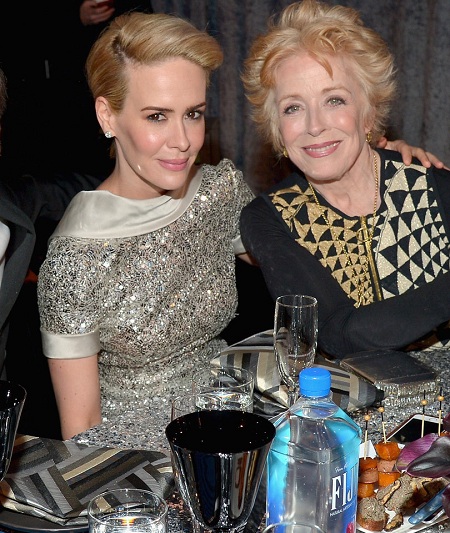 Sarah and Holland together at Critics Choice Awards
Source: Toofab

During an interview with People, she said something about her sexuality,

"I’ve always walked to the beat of my own drum."

Despite their 32 years age gap Paulson is excited about her relationship with Taylor. Paulson said,

"There’s a poignancy to being with someone older.I think there’s a greater appreciation of time and what you have together and what’s important, and it can make the little things seem very small. It puts a kind of sharp light mixed with a sort of diffused light on something. I can’t say it any other way than there’s a poignancy to it, and a heightened sense of time and the value of time."

Well, its love and we know love is not just about strong feeling, it is also about the decision, judgment and a promise you make. 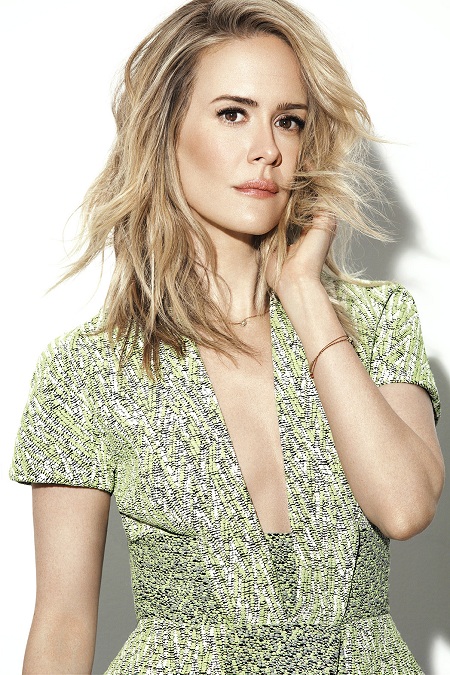