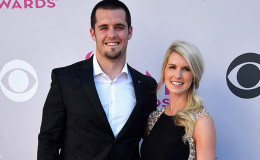 One must be really fortunate to bump into a special person who brings joy in both personal life and professional career. Derek Carr undoubtedly belongs to the fortunate minority who ended up sharing wedding vows with an amazing lady who filled him with nothing but happiness and helped him gain success in his career.

Carr probably needed the extra push to ensure his career would take off towards the path of success and thankfully it was the love of his life who provided a helping hand to change his ways for the better.

Derek Carr is married to his beautiful wife Heather Neel. The couple tied the knot in 2012. She is a rock behind Carr supporting him in each and every step of his attempts.

The pair first met while Heather was working as a waitress at a Brewhouse in Fresno during her high school and college days. She did so in an effort to bring in money while completing her studies. 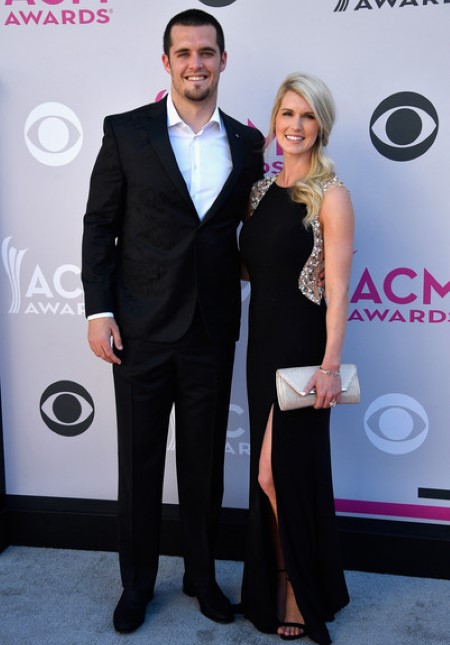 At the time Neel probably had no idea she would end up meeting the man she was going to marry.

During one of her shifts, Carr was one of the customers who asked her why she wore only one earring. Heather was surprised and worried that she might have lost one of her diamond earrings.

Also Read: Ashley Harlan Married her Boyfriend, NFL quarterback in 2011 and shares Three Children with him: See their Marriage Life

Neel went off to check them and realized both of them are in place. As it turned out, Carr was simply messing with her to grab her attention.

The pickup line ended up working perfectly as Neel went back and talked with him. Soon after, they went out on a real date which kickstarted their relationship.

Camp is hard on families in the NFL their husbands and daddies are gone for long periods of time and the only time we get to see them is when we travel up and visit camp! So we cherish these precious moments when we get to be together as a family again! Even if it's just for a few minutes! Respect all the other wives going through the same thing! Y'all rock!! #CampLife #ThankYouLordForYourStrength #TeamEffort

The love story blossomed and the duo took the next step in their relationship by exchanging wedding vows on 10th July 2012, officially turning Heather Neel into Heather Carr.

The couple shares two children together. Their first child, a son named Dallas Carr was born in August 2013. Unfortunately, Dallas was born with issues that were far from normal for an infant.

The couple discovered that their son's intestines were tangled. The baby needed three surgeries and it was unclear if the baby would survive. 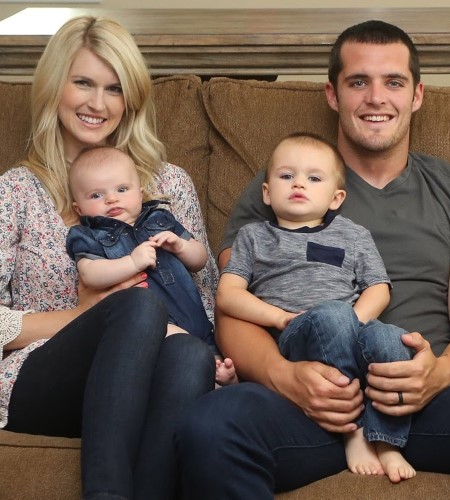 Derek Carr with his wife and two sons
Source: Dailymotion

Thankfully, Dallas survived and now lives a normal life for a 5-year-old. The pair welcomed their second son named Deker Luke Carr in 2016.

The couple is currently living a blissful married life and it remains to be seen if they decide to add further bundles of joy in the near future.

Derek Carr and his wife welcomed their third child Deakon Derek Carr via an Instagram post on 16th May 2019.

The newest member to our family! We are so in love with you Deakon Derek Carr May 16 at 9:25pm9lbs 6oz

"Our best gift this Christmas comes in May!"

Our best gift this Christmas comes in May! #CarrPartyof5

Let's congratulate Carr for the new entrant in the family.

Heather Changed Her Relationship With Derek In A Letter

Although it seemed like Heather had the perfect thing going back when she was dating one of the most well-known athletes at Fresno State, things were far from perfect in their relationship.

The reason for the dispute was the fact that Heather was a devout Christian who lived by her faith every single day, while Derek was the complete opposite.

Had so much fun with my hubby the last few days! He made our trip so special! #parentvacay #muchneededrelaxation #mexico #backtomybabies

Carr was always more interested in living the life of a college partier than being a religious kind of guy. Apparently, Derek had earlier told Heather how much his faith meant to him. This later turned out to be a lie and something she could not accept.

Subsequently, Heather wrote a letter to him where she essentially said that Derek Carr whom she met and the Derek Carr who turned out were two different people. Moreover, if he wanted to stay with her, he had to fix this immediately.

Carr received the message and nobody was happier than his family who was noticing him getting way too cocky and arrogant with his football career after his older brother had dominated the sport in his school. His father said:

"Had the last name, a quarterback and (figured), 'I'm going to someday take the program over.' He was reaping everything he could. God had to straighten him out."

Heather ended up straightening out Carr as he left the party life behind. This helped him develop into a top quarterback for the Bulldogs. 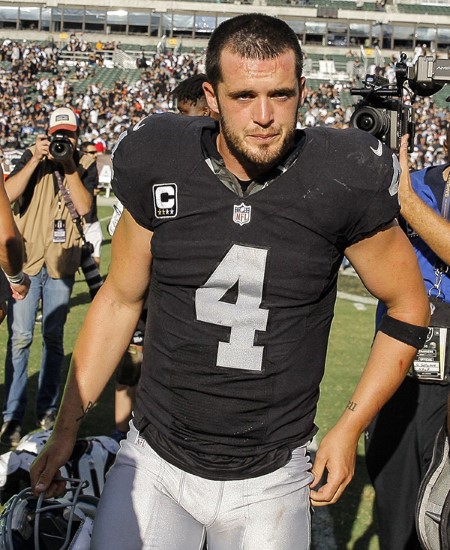