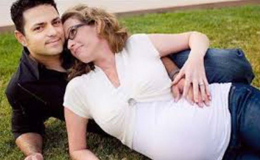 Former child star turned firefighter Mike Vitar is out of the acting business but one can barely forget his role as Benny The Jet Rodriguez in The Sandlot in 1993. Though he continued to perform in the acting business for just for four years, his versatility and lively performance are the things one can never forget.

Performing his final role in Chicago Hope in 1997, Mike Vitar got inspired to become a firefighter. Wanna know more about him and his married life? Who are his wife and children? Let's get every detail over here!

The Sandlot star Mike Vitar, 40, is living a blissful married life with his wife Kym Vitar since the day they tied the knot. The couple's ideal wedding ceremony was held on 27 January 2007. Kym changed her last name after she took her relationship to the next level.

The pair exchanged vows in 2006 and since the very day, the lovers have been living a happy and prosperous family life. They're in an intimate relationship for fourteen years now. 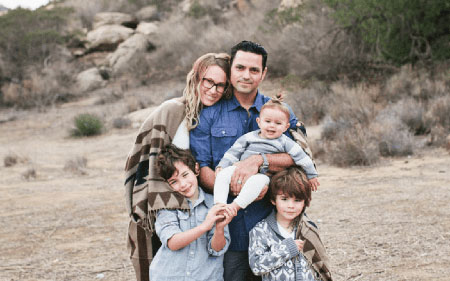 Mike Vitar with his wife Kim Vitar and Children.

Vitar and Allen are blessed with three adorable kids; two sons and a daughter. The cupid welcomed their first child, Eli on 12 March 2007, the second one, Wesley on 30 April and third (Daughter) Norah Paige on 31 January 2013.

Mike is living a blissful married life with his sweetheart and there's a fewer sign for the couple to get a divorce. As of late 2019, the family of five resides in Los Angeles.

Vitar rose to fame and became fans favorite playing super slugger, Benny “The Jet” Rodriguez in The Sandlot, the cult classic baseball movie. After the movie, he continued acting for several years until he decided to take a break and join another profession totally opposite from the first. 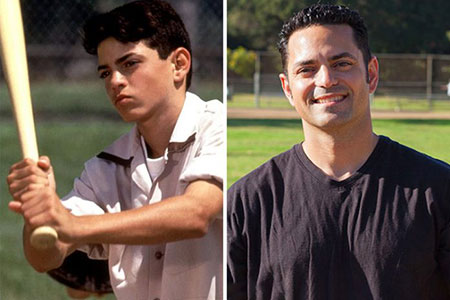 His final role in an episode of Chicago Hope in 1997 inspired to become a firefighter in Los Angeles. He served with the LAFD since 2002.

Also Read: American actor Will Estes, 38, is still single: No girlfriend or a wife: Rumored to be a gay

Well, taking a quick trip in his professional life, let's join back to his private life again!

From my family to yours! pic.twitter.com/FrhQF8lr92

Gaining wide attention from fans, Vitar's personal life has always been a point to highlight in his life. The duo is blessed with two sons Elias and Wesley and a daughter named Norah born on December 2013.

Recommended: Is American actor Khalil Kain dating someone or already married? Know about his affairs

Vitar is not an active social media user. He barely talks about his family life, wife and children on interviews.

Hence, it's rather a tough task to collect information about his extra-secretive conjugal life.

Former child star, Vitar, was sued by a man for beating and choking him during the Halloween attack back in 2015. The civil lawsuit accused him and fellow firefighters Michael Cirlin, Eugene Elbert, Thomas Molnar, and Eric Carpenter for the near-fatal assault of Samuel Chang.

He was pleaded not guilty in January 2016 though he was charged with one count each of 'assault by means of force likely to produce great bodily injury with Molnar. 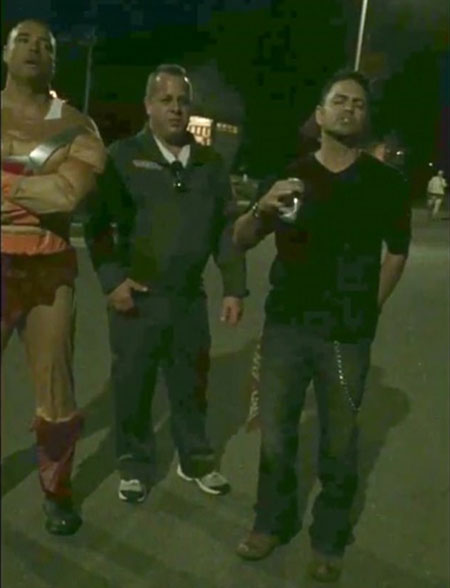 Mike Vitar in the video telling Samuel Chang to go from the neighborhood.
SOURCE: Daily Mail

The incident occurred when Carpenter was hosting a Halloween party. Chang was visiting his grandmother in the Chatsworth. After handing out candy at her home, he was wandering around the neighborhood.

Discover: American actor Sam Rockwell and Leslie Bibb are in a Relationship since 2007. Is the Couple still not ready to get Married?

As per the lawsuit, the defendants ordered him to stop passing out candy and leave the area. Later, Carpenter, Vitar and three other men chased him down the street. Chang was beaten, tackled and choked during the incident. 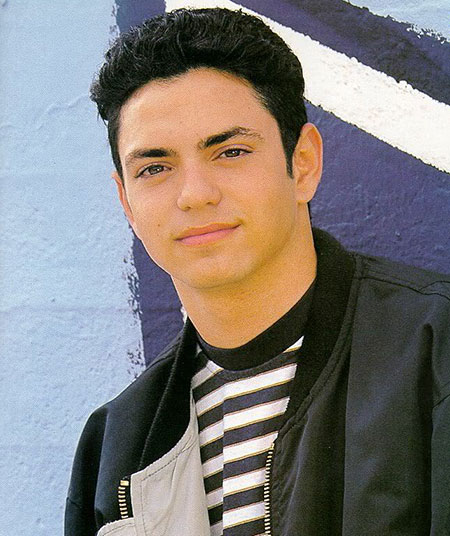 He has an estimated net worth of about $300,000 as of 2019. Mike Vitar underwent reconstructive surgery on one knee cause of extreme jogging and exercise.